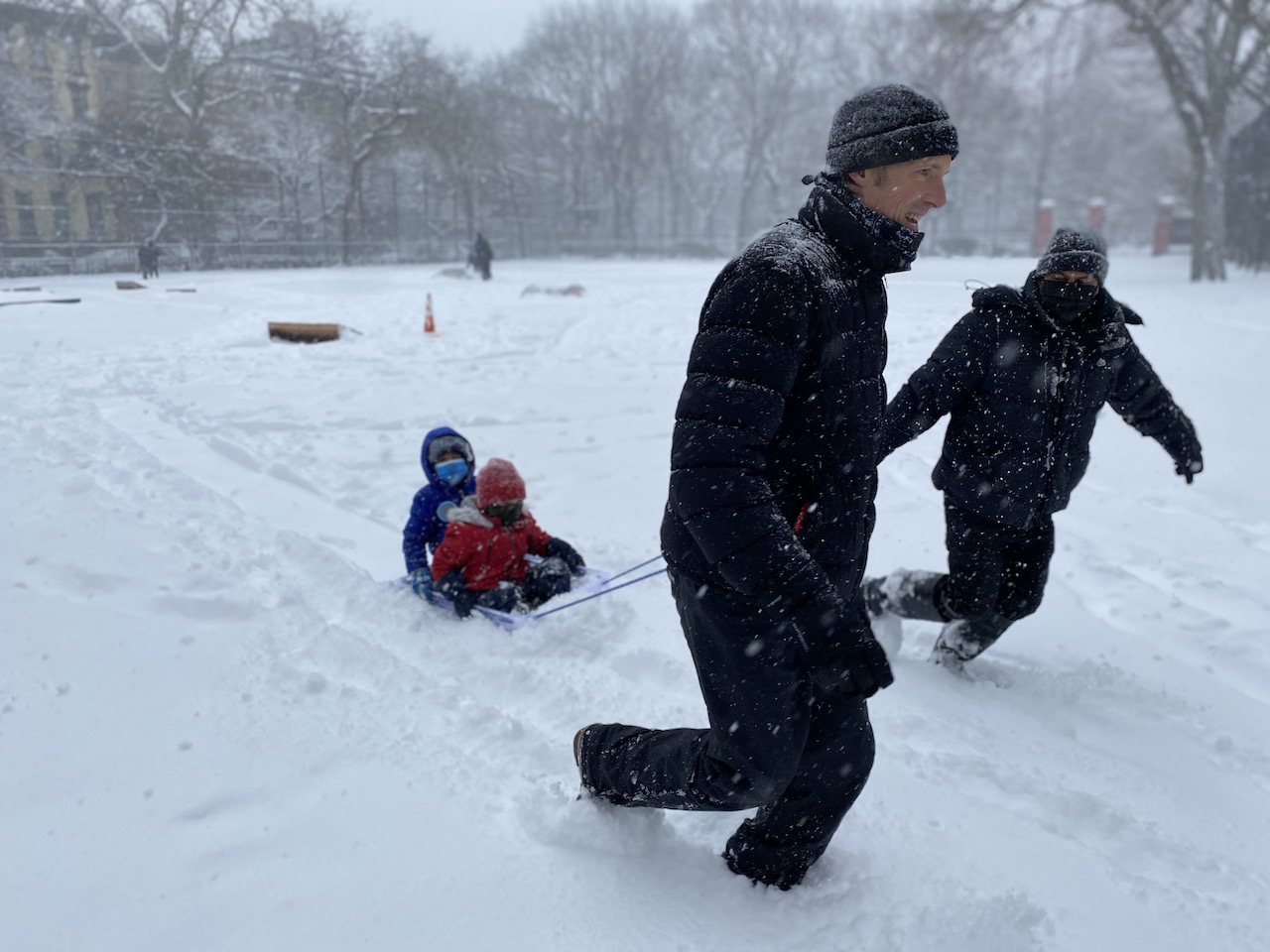 Mushing in Tompkins Square Park on Monday during the blizzard. (Photo by Chris Ryan)

It was a sledding safari in Tompkins Square Park on Monday morning for hardy East Villagers. This family was using a modified storage bin as a toboggan to pull their youngins sled-dog style.

Meanwhile, the blizzard was causing chaos, with snow expected to fall at a rate of 2 to 4 inches per hour, possibly amounting to as much as 16 to 22 inches. Officials warned of winds up to 20 to 30 miles per hour, with gusts up to 50 miles per hour.

As for the sledding conditions, Tompkins Square Park doesn’t really have any hills to speak of, other than a very small one, which could be called “Mount Chino.” That’s the small rise on the east side of the park’s main lawn. Chino Garcia, executive director of CHARAS, said that, back in the day, he and other locals created a sort of landfill there to make a slope; they pilled a bunch of garbage on the ground, then covered it with a layer of soil.

CHARAS, a Puerto Rican cultural group, formerly occupied the old P.S. 64, at Ninth St. and Avenue B, until it was evicted by the current owner, Gregg Singer, in late December 2001. Nineteen years later, the building remains vacant.