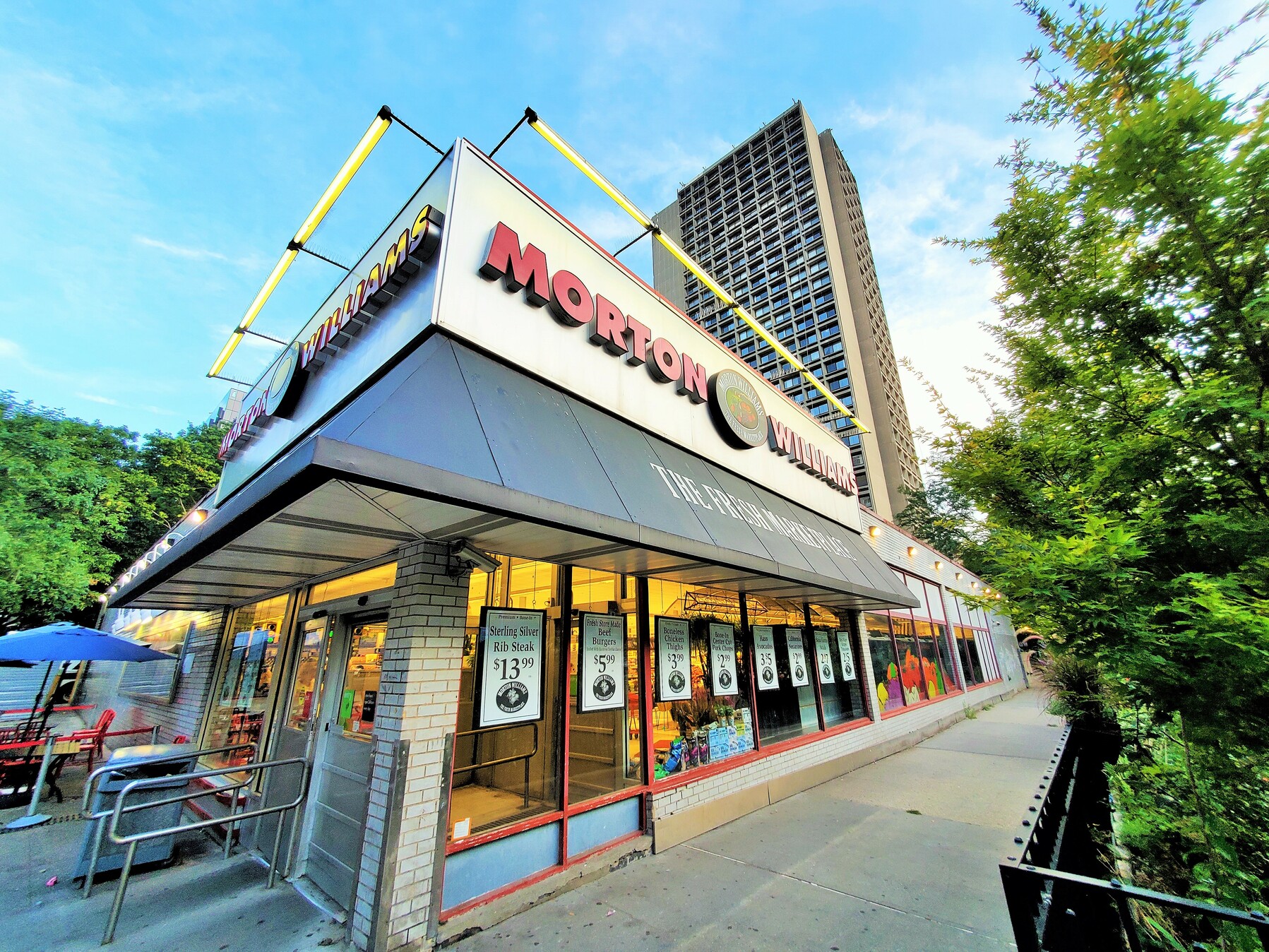 A supermarket has been at the location for more than half a century. (Photo by The Village Sun)

BY THE VILLAGE SUN | The much-anticipated Save Our Supermarket rally at the Morton Williams store, at Bleecker Street and LaGuardia Place, will be held Tues., Dec. 13, at 4 p.m. The rally had been set for last week but was postponed after heavy rain was forecast.

S.O.S. has collected more than 7,000 petition signatures from local residents supporting the preservation of the vital supermarket. The petition pages will be released at the rally.

The Department of Education is mulling whether to build a new special-needs school for citywide students at the location, which would displace the supermarket.

Meanwhile, New York University during a rezoning process 10 years ago, promised a relocated market would have a home in its soaring, new, Midtown-scale “Zipper Building” — which is almost finished on Mercer Street — but has since reneged on that pledge. N.Y.U. owns the extra-large, so-called “superblock,” which is bounded by LaGuardia Place and Mercer, Bleecker and Houston Streets.

In a statement announcing the rally, S.O.S. said the market must be preserved and the site for the possible school should be “relocated.”

“We call on the City and N.Y.U.,” the statement said, “to honor their commitment to keep the only full-service supermarket on the Superblock and work with the community to find a responsible resolution which maintains the supermarket, preserves the LaGuardia Corner Garden, and relocates a school for children with language-based difficulties in the area.”