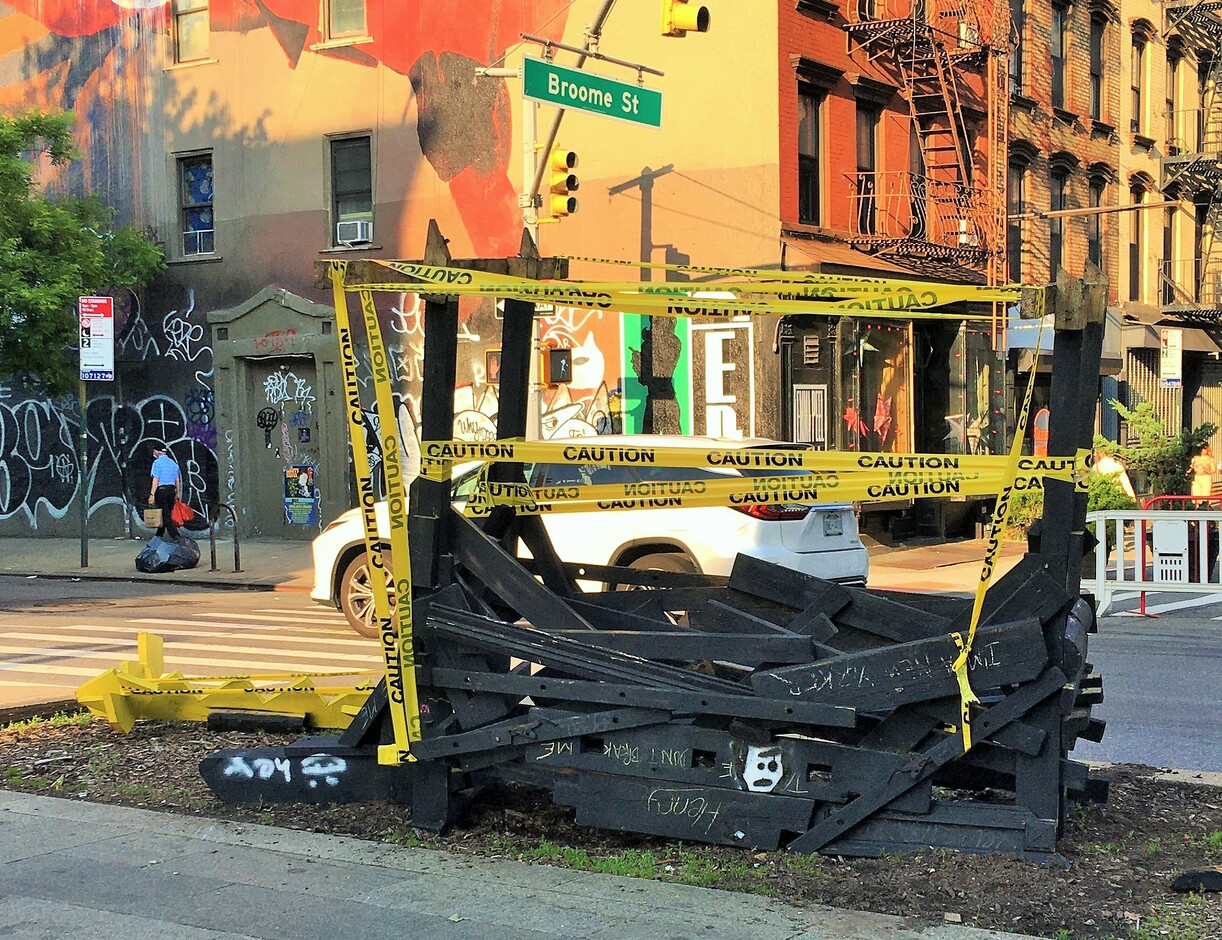 BY THE VILLAGE SUN | A wooden moose public artwork at Allen and Broome Streets has been taking a beating — and now the artist is ready to hoof the piece out of there for safer pastures.

With its imposing black body and yellow antlers made of found wood, Alberto M. Bursztyn’s “Henry” has been a “moose-see” on the Allen Street Malls. The life-size piece is part of “Back to the Garden,” a group installation by eight artists from The Sculptors Guild.

But on Saturday “Henry” sadly looked like a crime scene victim. He was upended on his back with his legs sticking in the air and wrapped in yellow caution tape — his detached antlers strewn on the ground nearby. The proud moose had also been graffitied.

There are apparently no suspects in the LES elk assault. However, the sculpture sits hard by the western edge of the notorious, alcohol-soaked Hell Square — maybe not the best environment for a piece of public art.

The “Back to the Garden” outdoor show is slated to run on the Allen Street Malls through Oct. 30. Bursztyn said his endangered wildlife sculpture will likely rear its antlers once again — though not on the inhospitable Lower East Side strip.

This wasn’t the first time the moose was mauled: Someone recently whacked off its antlers.

“It was knocked off once,” Bursztyn said. “I repaired it on Wednesday.”

But this latest moose mugging has taken things to another level. Shown a photo of “Henry” wrapped up in caution tape, the artist said its time to find a new stomping ground for it — somewhere it won’t get stomped.

“Looks quite dead now,” he said of the toppled sculpture. “It may come back to life, but not in that nabe.”