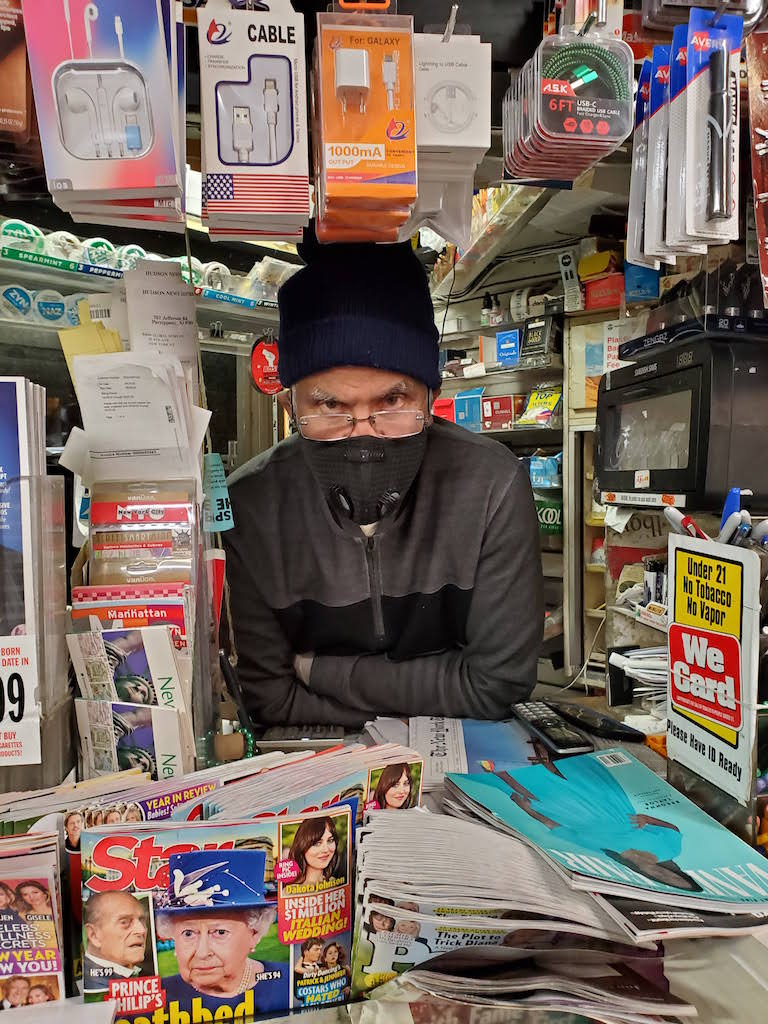 Mohammed Ahmed at Casa Magazines on Eighth Ave. (Photo by The Village Sun)

BY THE VILLAGE SUN | While some (Trump, ahem…) are still trying to cast doubt on the presidential election results, the displays at Casa Magazines leave no question about who our next president is.

In front of the store, at 22 Eighth Ave., at W. 12th St., there is a pillar of Time magazines with Joe Biden on the cover in a tall clear plastic case. Around the corner, looking a bit Warhol-esque, is a whole window full of Rolling Stone mags with Biden on the front.

But it’s not just an endorsement — it’s a sales pitch. There are plenty of issues of both magazine inside for purchase.

Mohammed Ahmed, the store’s owner since 1995, said he likes Biden, though quickly qualifying that with a “so far.”

A customer who was leafing through a copy of The New York Times interjected of a Biden administration, “They say it’ll just be like Obama all over again.”

But 51.3 percent of Americans would be just fine with that.

Meanwhile, Ahmed said, business during the ongoing pandemic actually was doing pretty well until two weeks ago, when indoor dining was banned once again. As a result, sales are now back in the tank again.