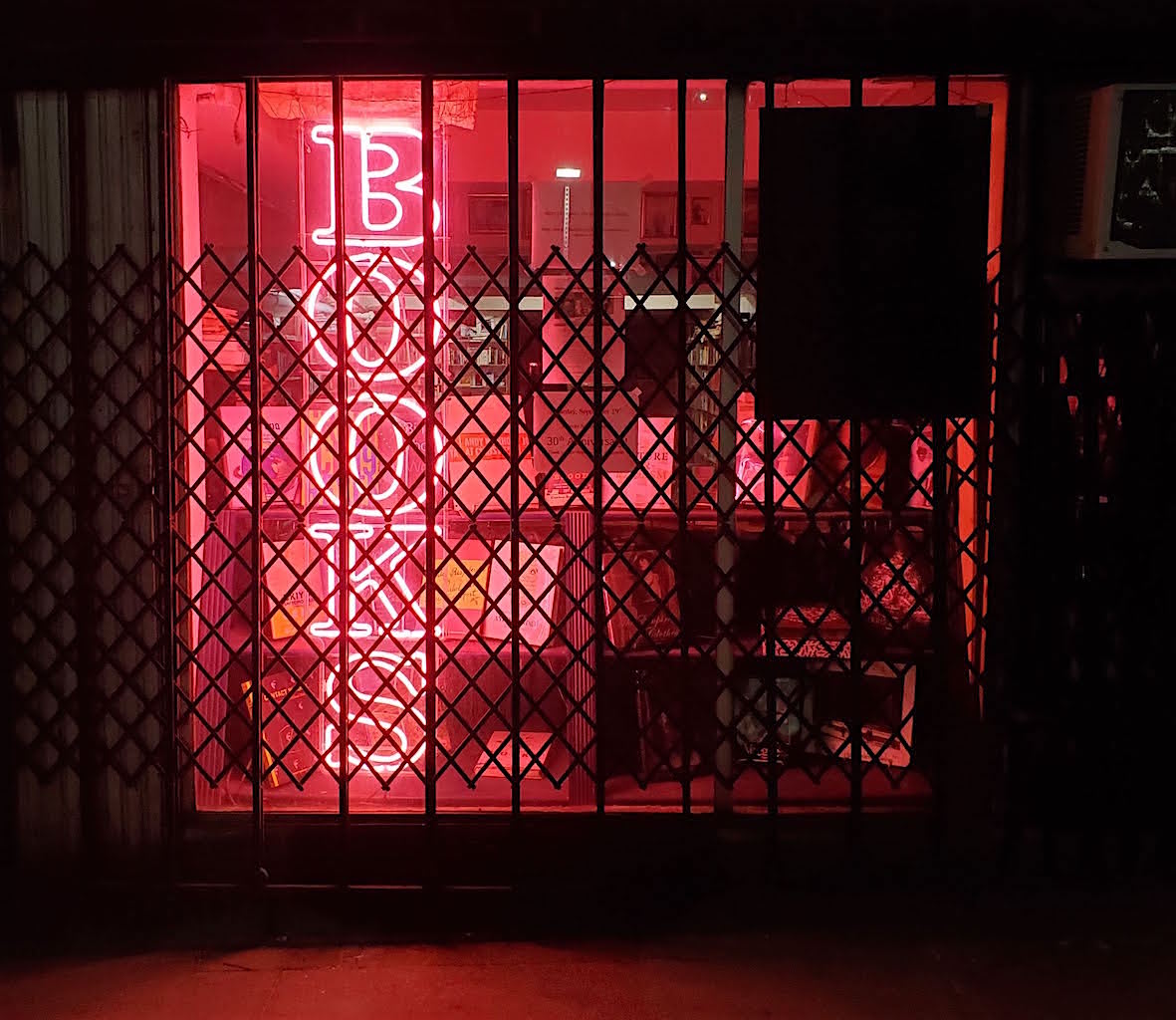 BY THE VILLAGE SUN | A Greenwich Village used-book store is getting by with a little help from its friends — at least for now.

Faced with months of debt due to the pandemic, Mercer Street Books launched a fundraiser on GoFundMe five months ago. With a goal of $97,500, the page has raised nearly $65,000 so far.

The store, at 206 Mercer St., between Bleecker and W. Houston Sts., celebrated its 30th anniversary in September.

“We did raise some money,” said Wayne Conti, the bookstore’s owner. “We didn’t get to our full objective. … I still don’t know. I have no idea if I’ll be here in the summer or next year. It’s pretty much what you’re hearing from other small businesses.”

The crowdfunding campaign has drawn some high-profile contributors, including prize-winning British author Zadie Smith. Her “White Teeth” was named to Time magazine’s list of the 100 best English-language novels from 1923 to 2005.

“Without exaggeration, if Mercer Street Books closes you might as well just shut down the village and call it a day,” Smith posted on the store’s GoFundMe page. “It is a centre of culture, a library’s reading room, a record store, a tiny gallery (constructed of art book covers) a late-night hang, an autodidact’s paradise, the site of the best overheard conversations to be found beneath fourteenth street, and a great place to find out just how little the reviewer who received your latest proof actually read of said proof (spine unbroken; zero notes made.) Without Mercer what’s left? Frozen yoghurt? Vegan cupcakes? To do my particular kind of work, these past ten years, I’ve needed Mercer’s like a body needs food. I can’t be the only one. Long may it continue!”

“We just got a renowned historian,” Conti noted of another contributor to the store’s GoFundMe. “He doesn’t want to be named.”

“It’s a weird thing to do,” he said of the crowdfunding effort, which is still live. “It’s like panhandling on a very large scale.

“It was getting harder harder and harder anyway,” he said of his business pre-COVID. “The rent is high. It’s not the highest. It’s not Soho rents.”

Conti is obviously a big believer in the importance of bookstores and, more specifically, the benefits of browsing — though he sadly fears it could become a lost art.

“The kids, by and large, don’t know how a bookstore works,” he reflected. “They ask me what’s my favorite book, what would I recommend. They don’t know how to browse. … Just let go and float,” he explained of how to do it. “You find things that are just really appealing to you. You get lost in the world of ideas. You start reading a book and you realize you like it.”

Others agree that Mercer Street Books is a browser’s bonanza.

“Susan Sontag told me it was her favorite bookstore,” he noted.

You might also find books there donated by rocker Patti Smith, who is another fan of the place. Conti was friends with the late Social Realist painter Jack Levine, as well, and has displayed some of the Greenwich Village artist’s effects on a shrine-like shelf.

Pre-pandemic, Conti used to keep the store open late to catch the crowd from the Angelika movie theater down the block. For now, though, the place’s hours are noon to 8 p.m. A lot of stores around the city seem to be closing then.

“After 8 it gets a little sketchy,” he said of the desolate streets. “Who knows? It may stay that way in New York.”

As if the pandemic wasn’t bad enough, there’s also New York University’s massive “Zipper Building” — so called for lack of a publicly unveiled big-bucks donor’s name yet. The huge project is going up right across the street from Mercer Street Books. The building sports three theater spaces, one of them massive, Conti said.

“Well, I hate it, of course,” he said. “The whole community fought it. It’s so inappropriate in so many ways. Basically, it’s Alice Tully Hall and there are towers on top of it. This thing, I would say, is bigger than Carnegie Hall. It’s huge. Who needs a many-many-hundreds-of-seats for students?” he asked, incredulously.

“It doesn’t make a lot of sense. They said, ‘Ideas are growing and we have to keep up with them.’ I said, ‘Are you kidding?’ That was out of Sexton’s mouth,” he noted, referring to former N.Y.U. President John Sexton.

Although Conti is a bookstore owner not a physicist, you don’t have to be Einstein to know that ideas don’t take up physical space.

“This side will be the back, for deliveries,” he said of the Zipper’s Mercer St. side. “Apparently, the Picasso statue area will be the entrance,” he said, referring to the plaza at the center of the three I.M. Pei-designed Silver Towers just to the west on the university-owned superblock.

Like many, Conti is deeply saddened at how N.Y.U., especially, has eaten the Village, tearing down the old to put up new buildings that really are more appropriate for Midtown.

“Developers really like a historic neighborhood because it’s easy to tear down,” he said. “New York City is now a city with no planning. It’s like Tokyo, Hong Kong… . They just want to keep building. All [the developers] know is they make money. But New Yorkers keep electing the same politicians. They keep voting for it.”