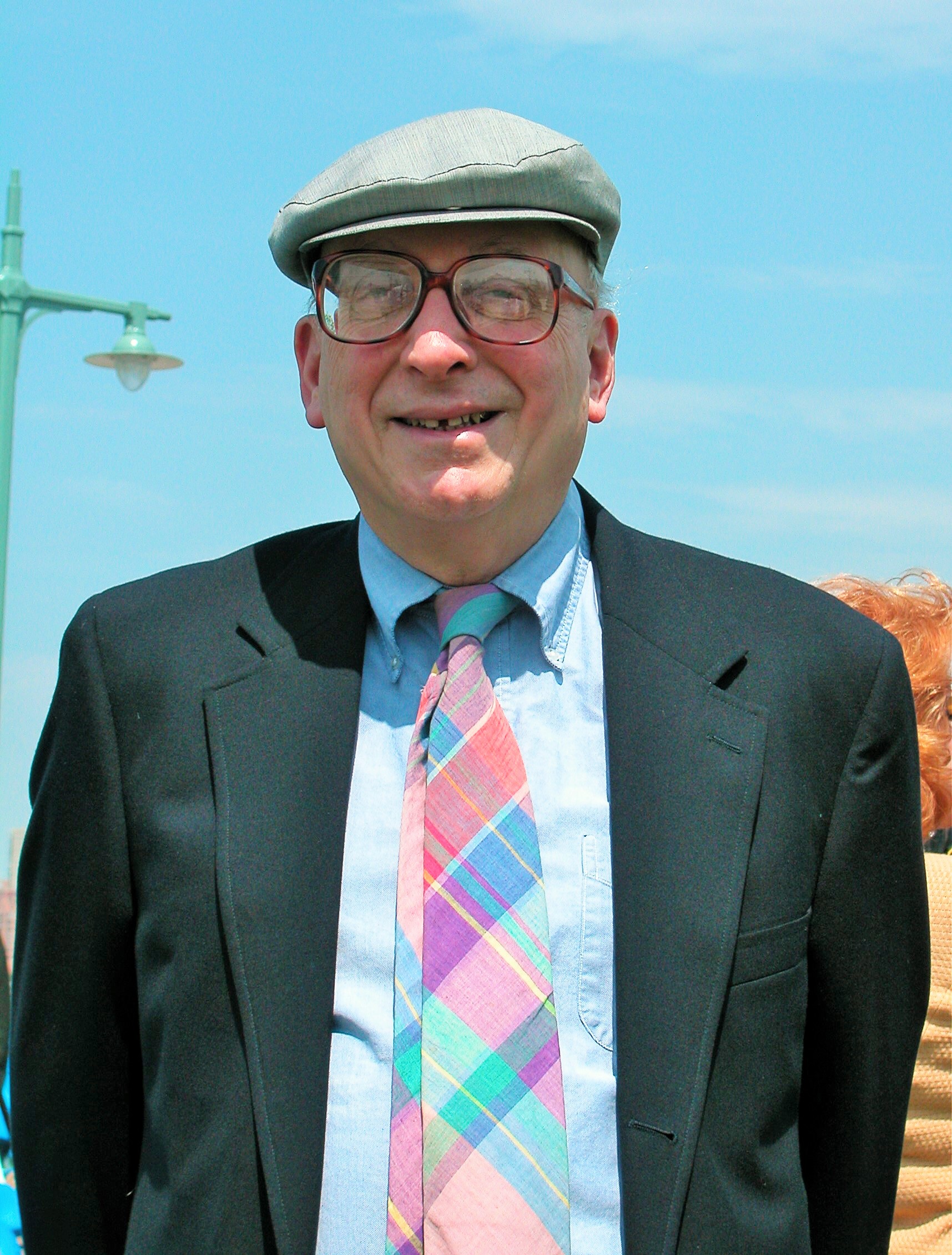 Bob Trentlyon in 2003 at the dedication of the renovated Pier 45, the Christopher Street Pier, in Hudson River Park. Trentlyon and other park activists had a hand in helping select the style of the Hudson River Park's lights, at left, which ultimately were modeled on those of the Triborough Bridge and Tunnel Authority. (Photo by Tom Fox)

May memorial for Bob Trentlyon is planned for Hudson River Park

BY THE VILLAGE SUN | An outdoor memorial for Robert Trentlyon will be held in May at his beloved Chelsea Waterside Park in Hudson River Park, his daughter, Jessica Gallery, told The Village Sun.

Trentlyon, a consummate Chelsea activist, died at his home on Dec. 7 at age 92. A former publisher of the Westsider and Chelsea-Clinton News weekly newspapers, Trentlyon was also a founding member of the Chelsea Reform Democratic Club and its first president.

He may be best remembered, though, for his activism involving redeveloping the formerly rundown West Side waterfront, specifically its Chelsea section, in what would ultimately became part of Hudson River Park.