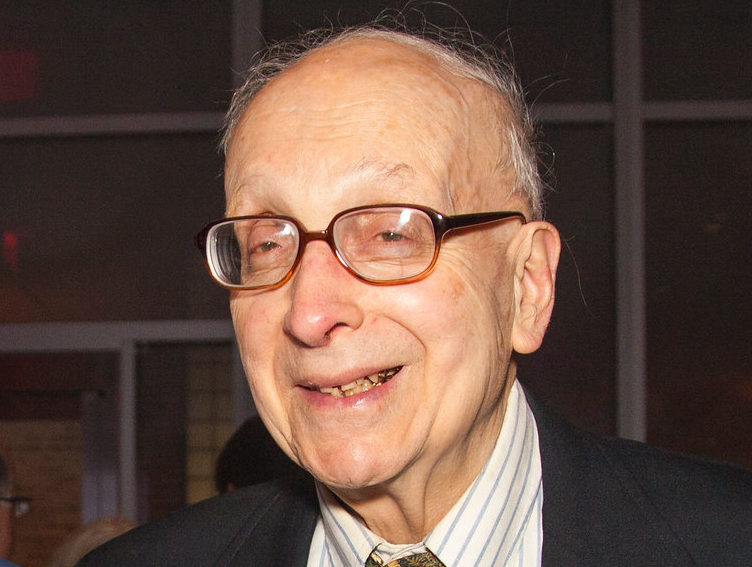 Trentlyon was the former owner and publisher of The Westsider and Chelsea-Clinton News, which published under the corporate name Enlightenment Press. He sold the papers to Tom Allon in 1994.

In addition, Trentlyon also published the Battery News, which was launched by the Battery Park City Authority in 1987, and which Trentlyon redubbed Downtown Express in 1990. The paper ran into financial difficulties in 1993 and stopped publishing, and Trentlyon sold it to Tom Butson, a former New York Times editor.

Robert S. Trentlyon was born in New Haven, Connecticut, on April 23, 1929. His father was a lawyer and his mother was an activist, suffragette and violinist who attended the Yale conservatory. Trentlyon’s own activism was apparent from an early age.

“He tried to start a union in a meat factory as a teenager,” his daughter recalled.

Trentlyon went on to graduate from Yale University in his hometown. He then briefly attended Berkeley, planning to get a master’s degree, but dropped out. His daughter said that while at Berkeley he was the national chairperson of Students for Democratic Action.

He met his wife, Betty, through S.D.A. They married in 1957. She predeceased him, dying on March 5 at age 89 from COVID. Trentlyon also caught COVID but survived it.

Betty worked in refugee resettlement for nonprofit agencies for more than 20 years and was also an activist and environmentalist.

Bob Trentlyon next worked as a stockbroker but “hated it,” according to Jessica.

Settling in Chelsea back when brawny dockworkers were still a powerful constituency and old-school Democratic machine politics ruled, Trentlyon in 1958 co-founded the upstart Chelsea Reform Democratic Club, according to the history section of the club’s Web site. Back then, the neighborhood’s existing political outfit, the “Chelsea Horatio Seymour Democratic Club,” was a “self-indulgent” joke. As the C.R.D.C Web site tells it, “disgusted” with the Seymour club, Trentlyon and three other aspiring politicos, during a get-together at the White Horse Tavern in Greenwich Village, resolved to form a new club.

C.R.D.C. went on to become the home club and launching pad of a succession of leading progressive politicians, including Richard Gottfried, Tom Duane, Christine Quinn and Corey Johnson.

Trentlyon was good friends and allies with Doris Corrigan, a Democratic district leader out of C.R.D.C., who was the club’s president at one point, as well as a waterfront park activist.

According to Jessica, her father “got a group together” and bought the Chelsea-Clinton News in 1965.

The waterfront was another one of Trentlyon’s major spheres of influence and reclaiming it for public use, one of his abiding passions. He was a founder of Chelsea Waterside Park at 23rd Street — which today includes a sprawling lawn, children’s carousel and skateboard park as part of Hudson River Park — and a leading early local advocate for and community supporter of Hudson River Park, in general.

Trentlyon also notably pushed for the completion of the Chelsea Recreation Center, which opened in 2004 after decades of delay, and battled against slumlords Thomas Sigmund and Robert Iveli, who owned nearly a dozen dilapidated tenements on W. 22nd Street.

His daughter highlighted another important struggle that Trentlyon took the lead on and won.

“He was devoted to making Chelsea a better place,” she said. “He wanted to maintain its historic aspects. He fought to keep developers from creating a high-rise on Ninth Avenue. The General Theological Seminary wanted to build a high-rise between 21st and 20th Streets and create underground parking. It would have been an eyesore on an area that consists predominantly of low-rise buildings. He galvanized the neighborhood and eventually the seminary agreed to build a nine-story building on Ninth Avenue, as opposed to the original plan, which would have created a great deal of congestion. He was committed to fighting for as much open space as possible for Chelsea residents.”

Not surprisingly, given his high level of activism, involvement and political connection, Trentlyon was a member of Community Board 4, which includes Chelsea and Hell’s Kitchen. He served on the board until 2011.

Christine Quinn, who was then the City Council speaker, honored Trentlyon with accolades when he stepped down from C.B. 4.

Speaking of vision, presciently, in 2010 Trentlyon started advocating for storm-surge barriers and other methods to protect Manhattan from coastal flooding and sea-level rise. He backed the recommendations of experts who called for installing massive, movable barriers at spots like the Verrazano Narrows, New York’s outer harbor and Sandy Hook, New Jersey. Two years later, of course, Lower Manhattan was devastated by Hurricane Sandy, vindicating the warnings of Trentlyon and fellow advocates.

Trentlyon also served several terms as the president of the New York Press Association. The organization advocates for community newspapers across the state and runs the annual Better Newspaper Contest awards in recognition of outstanding journalism.

He was a Korean War veteran, serving stateside.

In 2018, in recognition of Trentlyon’s many achievements and his impact as a community activist, Governor Andrew Cuomo honored him with an official laudatory proclamation.

On a personal level, Trentlyon was known for his height and long, loping, relaxed gait, his dry and easy, erudite wit and frequent laughter and, in later years, his Australian bush-style hats.

In addition to his daughter, Jessica, Robert Trentlyon is survived by a son, Jason Trentlyon, and a granddaughter, Tani Trentlyon.

Jessica said incoming District 3 city councilmember Erik Bottcher has offered to try to help organize a memorial for her father in the spring.

At word of his passing, activists, politicians and former colleagues sung the praises of the “Chelsea lion.” Andrew Berman, director of Village Preservation, first got to know Trentlyon when Berman was chief of staff for then-Councilmember Tom Duane.

“Bob Trentlyon was a true giant of the Chelsea community, who helped shape its parks, its politics, its press and its public life,” Berman said. “But his influence extended beyond the bounds of his neighborhood, as he became a voice for reform politics and the local press citywide. He was funny, friendly, knowledgeable and accessible, and was always involved in the life of his community. Bob was in many ways the embodiment of the late-20th century reform brand of politics that came to dominate neighborhoods on the West Side and in Lower Manhattan, and then went on to shape the city as whole. Those days may seem long ago and far away, but Bob’s legacy lives on.”

“Bob Trentlyon was a great community leader,” he said. “I first met him in 1970 when he interviewed me about an endorsement by his newspaper in my first Assembly campaign, and he was a friend ever since. He was a constant advocate for Chelsea Waterside Park and countless other efforts to preserve and improve Chelsea. Bob was a model of a public-spirited New Yorker and a life well spent. My deepest condolences to Jason and Jessica.”

Wendi Paster, Gottfried’s longtime chief of staff, said, “I worked closely with Bob from day one on the Hudson River Park Act. He was always one of my ‘go-to’ people on everything related to Chelsea and the waterfront. His advocacy was persistent, yet gentle. My condolences to his family, friends and all with whom he worked. He will be sorely missed.”

State Senator Brad Hoylman said, “Bob Trentlyon was a community leader far ahead of his time. He warned of the perils of sea-level rise and the climate crisis long before it was part of the state and national agenda. Bob had tremendous love for everything Chelsea, the waterfront and the Hudson River Park, culminating in his leadership in the creation of Chelsea Waterside Park — which is just one of the many local projects Bob led. Generations of New York City children and families, including mine, will benefit from his remarkable vision as a grassroots activist, journalist and local public intellectual. To top it all off, Bob was a fundamentally decent fellow and sharp wit. Chelsea just won’t be the same without Bob.”

City Council Speaker Corey Johnson is another political leader who got his start at C.R.D.C., the progressive club Trentlyon founded.

“I am heartbroken to hear of Bob’s passing and will miss him dearly,” Johnson said. “He was a legendary community activist who helped make our community the amazing place it is today. My condolences go out to the Trentlyon family and everyone who worked alongside Bob over his many years of public service.”

Arthur Schwartz, a Greenwich Village Democratic district leader, knew Trentlyon from their activism working on the waterfront park and from local politics.

Former City Councilmember Kathryn Freed said of Trentlyon, “He was one of the old-style guys who really cared about the community. And he was a real fixture in the community and was out there fighting on everything. Too bad we don’t have more like that.”

Noreen Doyle, the president and C.E.O. of the Hudson River Park Trust, the state-city park’s governing body, recalled Trentlyon as an “unstoppable” force. The Trust’s longtime senior vice president before becoming its president this past June, Doyle worked with Trentlyon on many waterfront issues over the years.

“Bob was a force of nature — just about unstoppable when he set his mind on something — and Hudson River Park and the Chelsea Waterside section, in particular, are direct beneficiaries of that determination,” she said. “The extended Hudson River Park family will remember him for his advocacy, his charm and his passion for his community and ensuring it got the open space it deserved. On a personal level, I will also remember his smile, the glint in his eye when he was winning an argument, and a few conversations about “The Game” over the years, as well. I will miss him.”

Larry O’Connor, the editor of The Westsider and Chelsea-Clinton News during the 1990s, recalled Trentlyon as a noble spirit — with style.

“I’ve never met a man who could rock a seersucker suit and straw boater better than Bob Trentlyon,” he said. “He not only looked the part; he was every inch that old world gentleman. At a time when style seems so much more current than substance, Bob reminds me of a time when style and substance were what honest men strived for. His was a noble spirit; and the world is less without it.”

(Full disclosure: Bob Trentlyon gave this writer his break in community journalism and Larry O’Connor was his first editor.)

When Trentlyon eventually wanted to turn his energies toward advocating for storm-surge barriers and other interests, Zazel Loven took over from him as chairperson of Chelsea Waterside Park Association. Trentlyon, though, remained an active member of the C.W.P.A. board.

“Robert Trentlyon set a high bar for us all, for his devotion to neighborhood and city,” Loven said. “He was always striving with bold ideas that he worked tirelessly to implement, and his legacy will live on.”