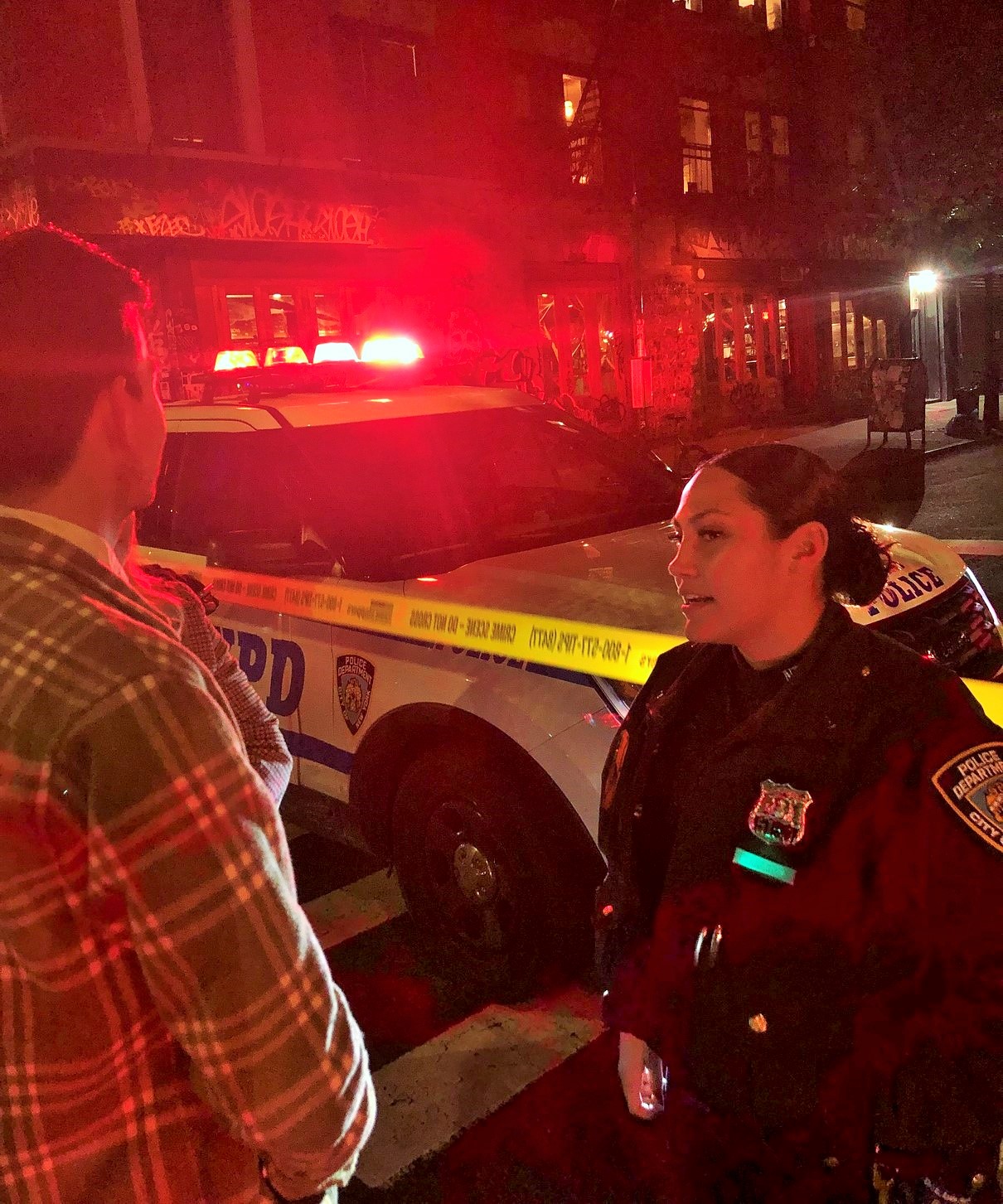 Residents could not get back into their apartments for several hours during the crime-scene investigation. (Photo by Keith J. Kelly)

BY KEITH J. KELLY | St. Mark’s Place, normally the thriving heart of the East Village, was shut down Friday night and early Saturday morning as police investigated a shooting outside one of the two smoke shops on the block.

Witnesses said three shots were fired outside a weed shop on St. Mark’s Place Friday night. Police told The Village Sun that one victim was struck once in the stomach and transported to Bellevue Hospital.

A Police Press Department spokesperson said the shooting occurred outside 120 St. Mark’s Place, which is the site of a shutdown marshmallow store. However, residents and cops on the scene said they believe the shooting was connected to the “weed shop” next door.

One witness said they were drinking in a bar on the corner of St. Mark’s and Avenue A when they heard what they initially thought was a car backfiring, but then when at least two more shots rang out they realized it was a gunshots.

Several restaurant workers on the block said they thought at least four shots were fired.

Police cordoned off the entire block between Avenue A and First Avenue for hours, leaving many residents of the area unable to get back to their apartments.

One individual pleaded with a sergeant to be allowed back into his home on the block so he could feed his dog, but the officer told him it was still an active crime scene. The exchange was cordial, with the St. Mark’s resident saying, “I realize you’re just doing your job, but my dog needs water.”

The sergeant on the scene replied, “I sympathize with you but it’s still an investigation of an active crime scene.”

A police spokesman said that the victim was “known to the department” — indicating he had prior arrests. However, police did not publicly release the victim’s name.

“No perpetrator description was given,” according to cops.