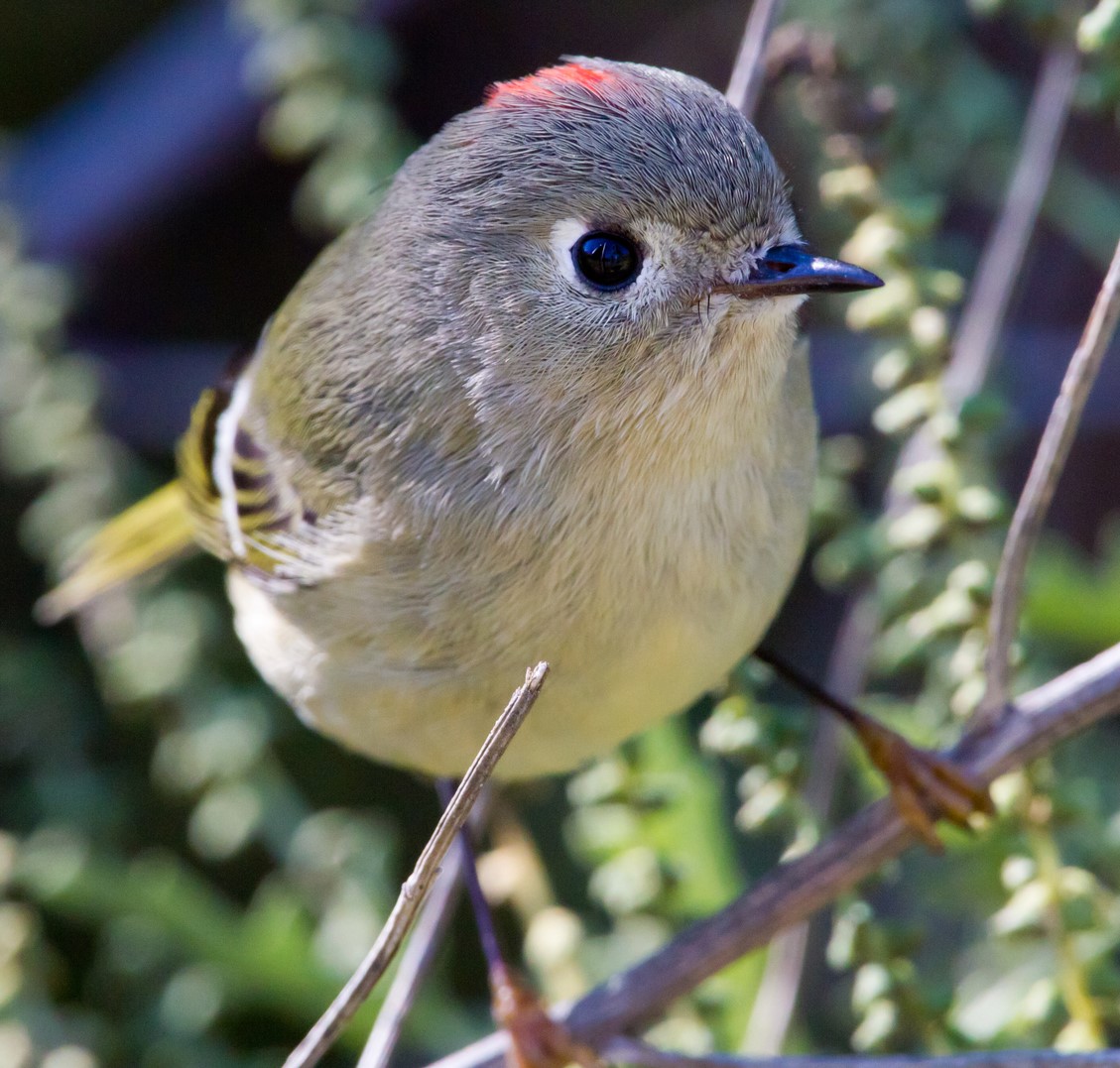 The ruby-crowned kinglet is one of North America's smallest songbirds. (Photo by Dan Pancamo)

Letter to a bird on the High Line

We met on the High Line on this windy gray afternoon as I embarked on my urban fall foliage tour. But you won’t remember me because you were consumed with the labor of staying right side up on the bendy stalk you were clinging to, not being very adept at flying despite repeated forays into midair.

You must be new to the world. Welcome. I hope your parents and siblings were nearby to guide you, though I couldn’t find them. You are both the cutest and most beautiful living being (two categories I usually think of as separate) I’ve seen in a long time. No bigger than a ping-pong ball, but covered in soft olive green and topped with a bright red dot, like an Indian lady, and further accessorized with a jaunty stripe across each wing.

If you are a male, Wikipedia tells me, one day you may learn to conceal your bindi, though I can’t imagine how. Carl Linnaeus, the great Swedish categorizer, described you back in 1766. You are one of the smallest songbirds in North America, and only a distant relative of other kinglets. You breed in the spruce forests and mountains of the U.S. and Canada, and one day may build a cup-shaped nest.

If you turn out to be a female, you may lay up to 12 eggs, the largest clutch of any North American “passerine” (the largest order of birds, consisting mostly of songbirds with perching habits). You are mainly insectivorous but, like me, also eat fruits and seeds.

It’s true I tend to gush about any bird that isn’t a sparrow, but you have made my day, turning it from gray to olive, complete with pimiento.