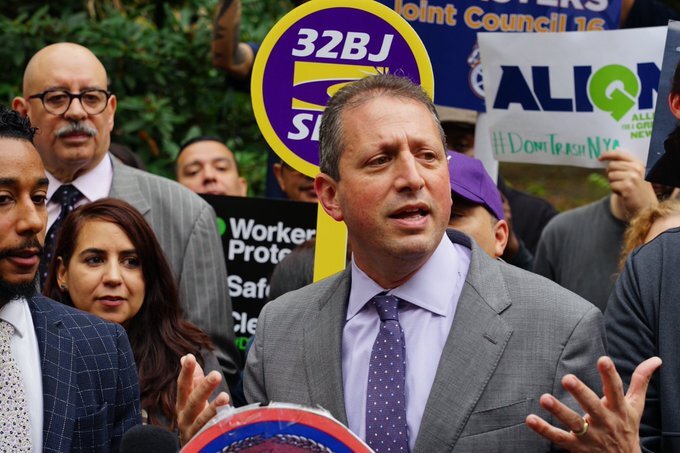 Lander: Trump must be impeached, removed from office

Brooklyn Councilmember Brad Lander, who is running for New York City comptroller, said he supports removing Donald Trump from office after the president incited the mob that invaded the Capitol Building on Wednesday.

“What we saw today in Washington, D.C., was a terrifying assault on our democracy, fomented by the president, fueled by white grievance and abetted by G.O.P. leaders, to prevent the peaceful transition of power,” Lander said, in a statement.

“Our democracy must be defended, and people must be held accountable — for today’s violence, and for the politics that fueled it. I support colleagues in Washington who are calling for the impeachment and removal of Donald Trump, and consequences for the members of Congress who urged on the mob. And Congress must proceed to certify the election of Joe Biden as soon as possible.

“We did not need to see images of armed, Confederate flag-wielding rioters storming the Capitol to know that our democracy is under siege,” Lander said. “We’ve spent the past four years marching, demonstrating, organizing — all of it nonviolently — to protest the hideous cruelty and corruption of the Trump regime, and we knew that he and some of his supporters would try to take our democracy down with him. Still, watching it, worrying for the people working inside the building and for the stability of our government, was deeply alarming.”

Like others, Lander was also concerned at the apparent lack of adequate manpower to guard the Capitol.

“My friend Ady Barkan has been arrested eight times for engaging in nonviolent civil disobedience in the Capitol, and I joined him one of those times,” he said. “I saw more police that day than in any of the images of the Capitol today. We know all too well that there is a double standard when it comes to how police respond to those protesting white supremacy versus those defending it, but again, it was still it was shocking to see.”

On the positive side, Lander noted, were the Senate election results in Georgia.

“I woke up this morning feeling more hopeful than I have in a long time,” he said, “at the prospects for that very same democracy, bolstered by the first Black Democratic Senator from the South, an end to Mitch McConnell’s rule as majority leader, and especially to have a fighting chance — maybe today we should call it an ‘organizing chance’ — to bring about a bold agenda to save our democracy and share its benefits far more broadly.

“Democrats will now control the White House and both chambers of Congress. That power is not unlimited, but it is great indeed. We will need our leaders there to push it to the limits — and very likely beyond where they think those limits are — to transform our institutions to bring about more equality, more justice and more investment in our collective future.”