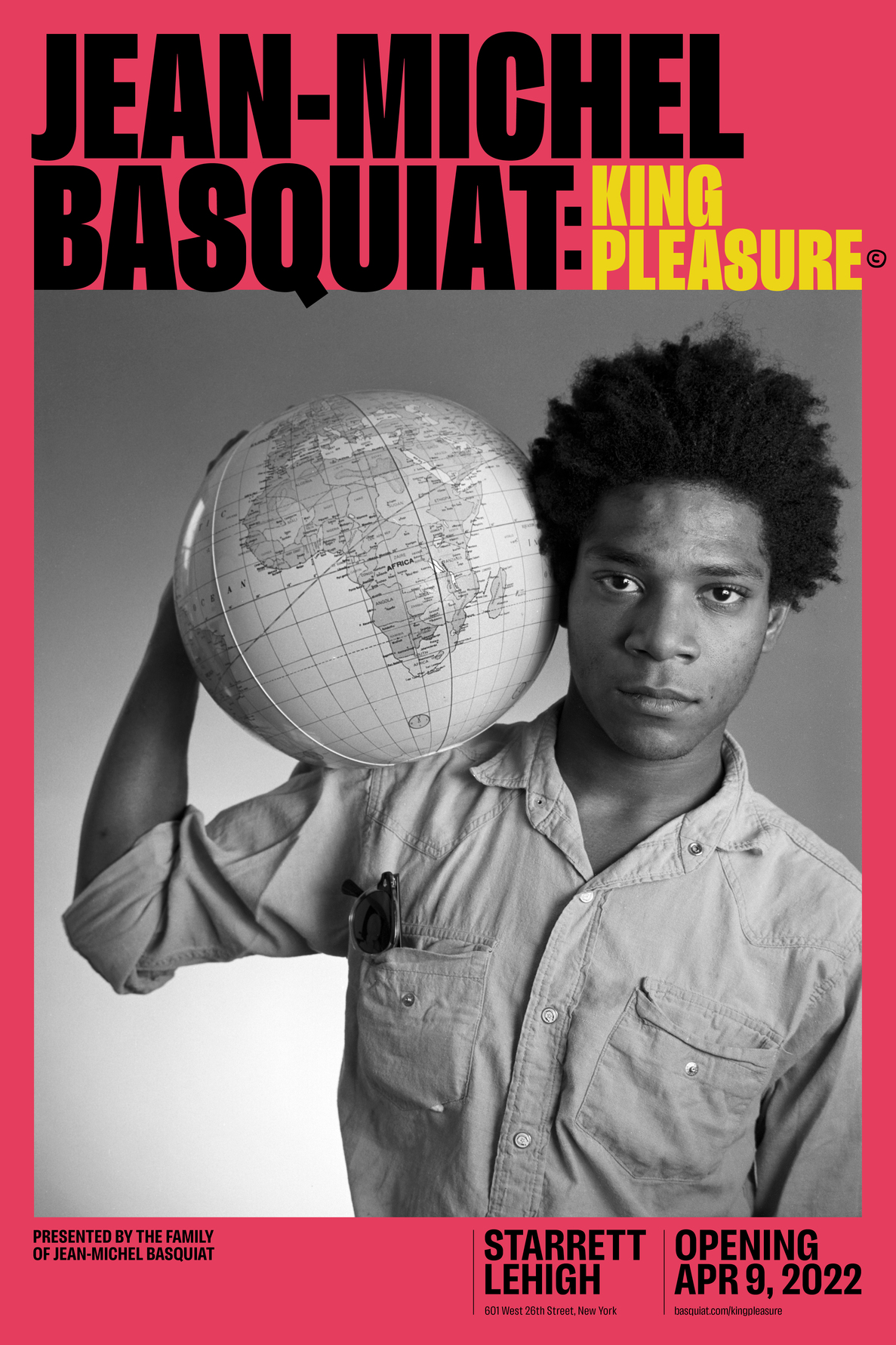 Then there’s the 50,000-square-foot Superblue Experiential Art Center in Miami. It was built to provide multiple spaces for immersive exhibits. In Northern California, the same thing is happening. The technology is growing and the expanding possibilities seem set to overpower traditional artistic expressions entirely.

Who can appreciate a mere painting after feeling one was part of its technological clone? We’ll have to wait and see. Meanwhile, let’s hope all the galleries don’t relocate to Branson, Missouri, or Orlando, Florida.

So, I was skeptical about “King Pleasure.” That’s the new immersive exhibit of some 200 never-before-seen works (and ephemera) by the late Jean-Michel Basquiat at Starrett-Lehigh, 601 W. 26th St., in Chelsea. My question going in was: How much more aggrandizing can the late artist’s reputation endure? The answer is: “I had no idea.” (NOTE: The tech doodads are kept to a minimum. The show is about the actual paintings assembled there.)

There already has been a feature movie directed by Julian Schnabel, two or three documentaries and countless magazine, newspaper and Internet articles. Then there are the tomes. On a recent visit to Dublin, Ireland, I visited the home of an American expat who had shelves of Basquiat books and exhibition catalogs. I lost count at 60-something.

My conclusion about “King Pleasure”? It will enhance Basquiat’s reputation. It is a lovingly assembled, extensive look at the power of the artist’s work, from the point of view of his family. See it and you will have no doubt as to Basquiat’s place in art history.

Did you know there is a street named after the artist — in Paris? Place Jean-Michel Basquiat is in the 13th Arrondissement? I had no idea until I visited “King Pleasure.”

Oddly, the recreation of Basquiat’s studio on Great Jones Street was, for me, more interesting for what it lacks. It felt so thin. I thought about Francis Bacon’s studio, reconstructed piece by piece in the Hugh Lane Gallery (a.k.a. Dublin City Museum) in Ireland. All that comparison did was highlight the tragedy of such a great talent as Basquiat dying so young. (Basquiat died of a drug overdose at age 27.)

I was first introduced to Jean-Michel Basquiat by the artist Brian Gormley at a group show in the Mokotoff Gallery in the East Village in the 1980s. Basquiat asked me to write about him. I said I would but did not have the chance to do so while he was alive.

The high point of the “King Pleasure” exhibit, at least for me, was the recreated Mike Todd Room VIP lounge at the 1980s megaclub Palladium. While not an exact replica, it brought back a deluge of feelings and memories. I lived three blocks from the back entrance to Palladium and for a couple of years in the mid-1980s, the Mike Todd Room was my local pub.

Keith Haring, Warhol and Basquiat — we all knew each other by sight and were, as the saying goes, nodding acquaintances, mainly crossing paths in the Mike Todd Room. (Andy snapped Polaroids of me on two occasions, in non-club settings.) I remember when the two gigantic Basquiat paintings were unveiled there.

Seeing those same paintings now, in the context of this show, was more powerful than the original experience. I can’t imagine what these massive, Neoexpressionist canvases would fetch if they ever came up for auction. (Five years ago, a Basquiat painting sold for a mind-boggling $110.5 million at Sotheby’s. It was the most ever paid for a single work by an America artist.)

I got into a conversation with a young couple in the recreated Mike Todd Room. They asked me who Mike Todd was? That was a memento mori moment for me. So much for legendary figures. (Todd, among other achievements, produced 17 Broadway shows, won a Best Picture Oscar for “Around the World in 80 Days,” and invented the Todd AO process, which simplified and enabled wide-screen cinematography. He was Liz Taylor’s third husband. He died at age 48 in a plane crash.)

Rooms from the Brooklyn home where the artist was raised added a humanizing touch to “King Pleasure.” It’s a reminder that he was a human being, too. He was the brother of the sisters Basquiat, who organized this tribute.

Make no mistake, though. Basquiat’s art is what “King Pleasure” is all about. That fact makes the exhibit a study in intentional greatness. That’s as it should be. I see so much art now that is clearly influenced by Basquiat’s work. None of it even begins to deliver the power evident in so many pieces on display here.

Some 100 paintings are grouped together in gallery rooms. The Royalty Room, for example, groups paintings that refer to famous Black musicians, heavyweight boxing champions, Grace Jones (a category unto herself) and others.

Jean-Michel Basquiat was a political artist. He first gained public attention in Manhattan as half of SAMO, who marked cryptic, political and cultural messages throughout Downtown neighborhoods in the late 1970s. His political awareness imbued many works through the text and scribbles he often added to his compositions.

The expressionistic heads/skulls and the martyred lines that now seem ubiquitous had never been seen before Basquiat came along. Some imitators, and they are legion, use this wordy element sparingly. None of them that I’ve seen get the political irony and depth of Basquiat.

Oddly, SAMO seems to be excised from the official record, as represented by the “King Pleasure” exhibition. I will remedy this, at least for my readers, in next Saturday’s BTG, with an article on Al Diaz — the surviving half of this seminal street art duo. My point in mentioning it here is to highlight Basquiat’s fascination with the power of the written word, as well as with the power of images.

Over the years, I’ve heard snide comments made about Basquiat’s family, and in particular the late Gerard Basquiat, the artist’s father. People have said that all the family did was cash in. If that was so, the “King Pleasure” show would not exist. Gerard Basquiat made sure that his son’s estate was kept intact, as is made clear in video statements by family members and people from the art world that worked with the family along the way.

Jean-Michel Basquiat’s sisters run the estate now. They are to be congratulated. The point of “King Pleasure” is not profit. It’s Love.

DiLauro is a playwright and critic. Read more of his work in his twice-weekly newsletter on substack, Bohemian Times Gazette.