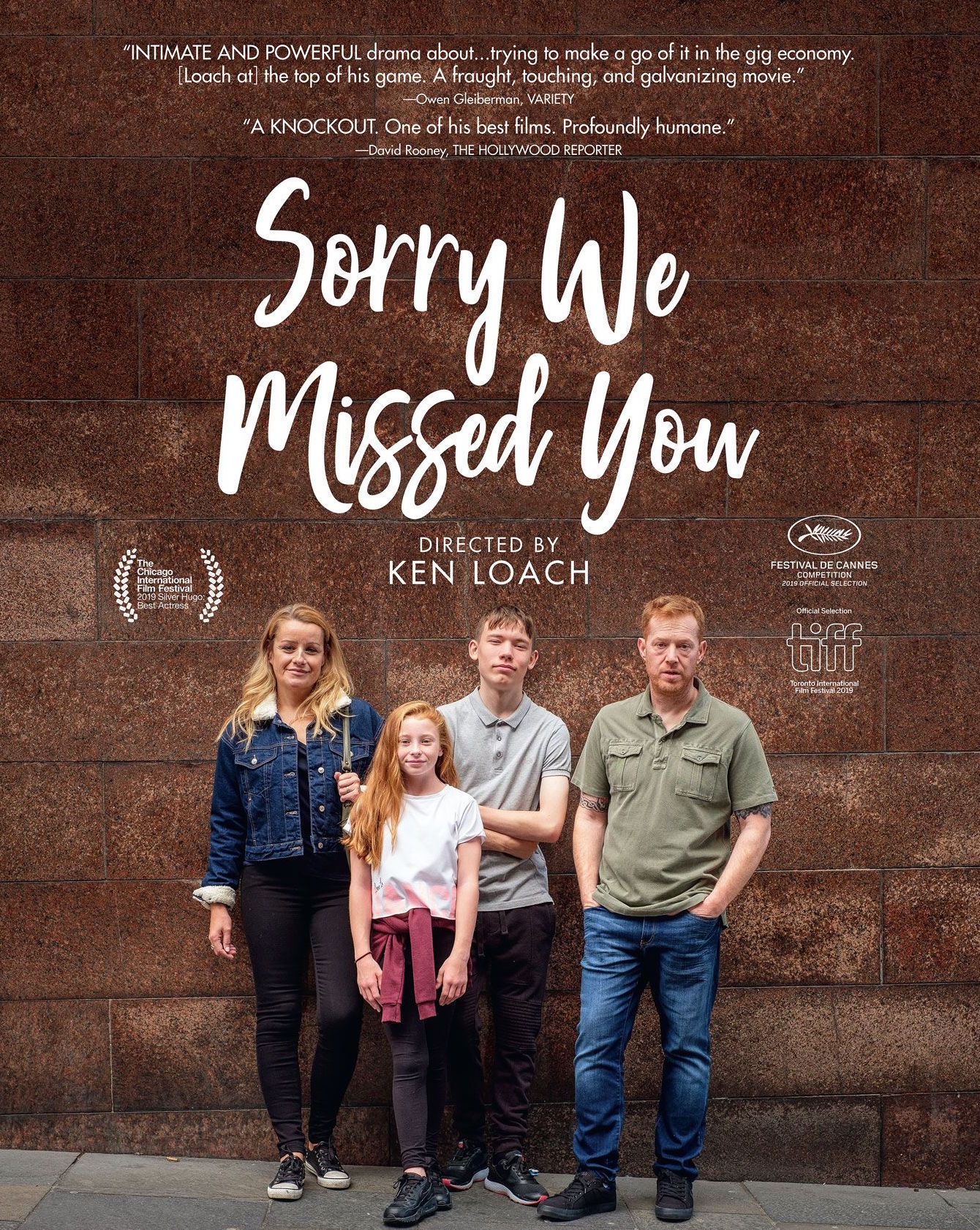 "Sorry We Missed You" will be opening at Film Forum in March.

Ken Loach puts a lens on a working family’s struggles

BY ARIBELLA PELLICANO | Ken Loach never fails to bring truth to fiction. He and screenwriter Paul Laverty’s “Sorry We Missed You” tells the story of an average Newcastle family working extra hard at keeping it together following financial losses in 2008 and now in a world moving faster and faster.

Ricky (Kris Hitchen) interviews for an Amazon-type delivery job where he’s BS’d by the manager (Russ Brewster) with the promise of being his own boss, working with the company and not for it.

The bad bit is he has to buy his own moving vehicle and is warned about fines for minor indiscretions and losses. Still he’s not dissuaded. Having run out of contracting jobs, he jumps at the opportunity, even convincing his caregiver wife Abbie (Debbie Honeywood) to sell her car, so that he can purchase the expensive truck for the job.

Delivery is hard and frustrating work, leaving less and less time for family life, eating and sleep. Abbie’s got a heart of gold, taking generous care of elders forgotten by their own families, but it’s also too much work for her; getting home to her latchkey kids only after their microwaved dinners. Every time we hear the urgent ring of cell phones, it seems that life is interrupted, and not in a good way.

As their work schedule heats up, family life suffers. Their eldest (Rhys Stone) goes through normal rebellions, but shocks his parents when he’s suspended from school. This is greatly painful for the family and his sensitive younger sister (Katie Procter).

This is not a violent, sluggish family; these are good people who only want the best for their kids and are frustrated how to give it to them while also working so many hours that there is little time and energy left for intimacy and discipline. But they don’t give up. That’s what makes it so particularly hard to watch their efforts and see the futility of a capitalist system that leaves very little space for breathing.

All the actors are wonderful and the script is often as funny as it is touching and raw. After getting beaten up by thugs, Ricky and Abbie find themselves at the emergency clinic waiting hours for care. I have lived in the U.K., where once after being bitten by a dog (not his fault), I too had to spend almost 12 hours before receiving a tetanus shot.

What this film so elegantly achieves is showing the ways the first world has failed. When the exploitation of labor and schedule demands are so great that the nuclear family sinks under its weight, system choices must be revisited. As inequities grow, the nonviolent nature cannot be sustained under the pressure.