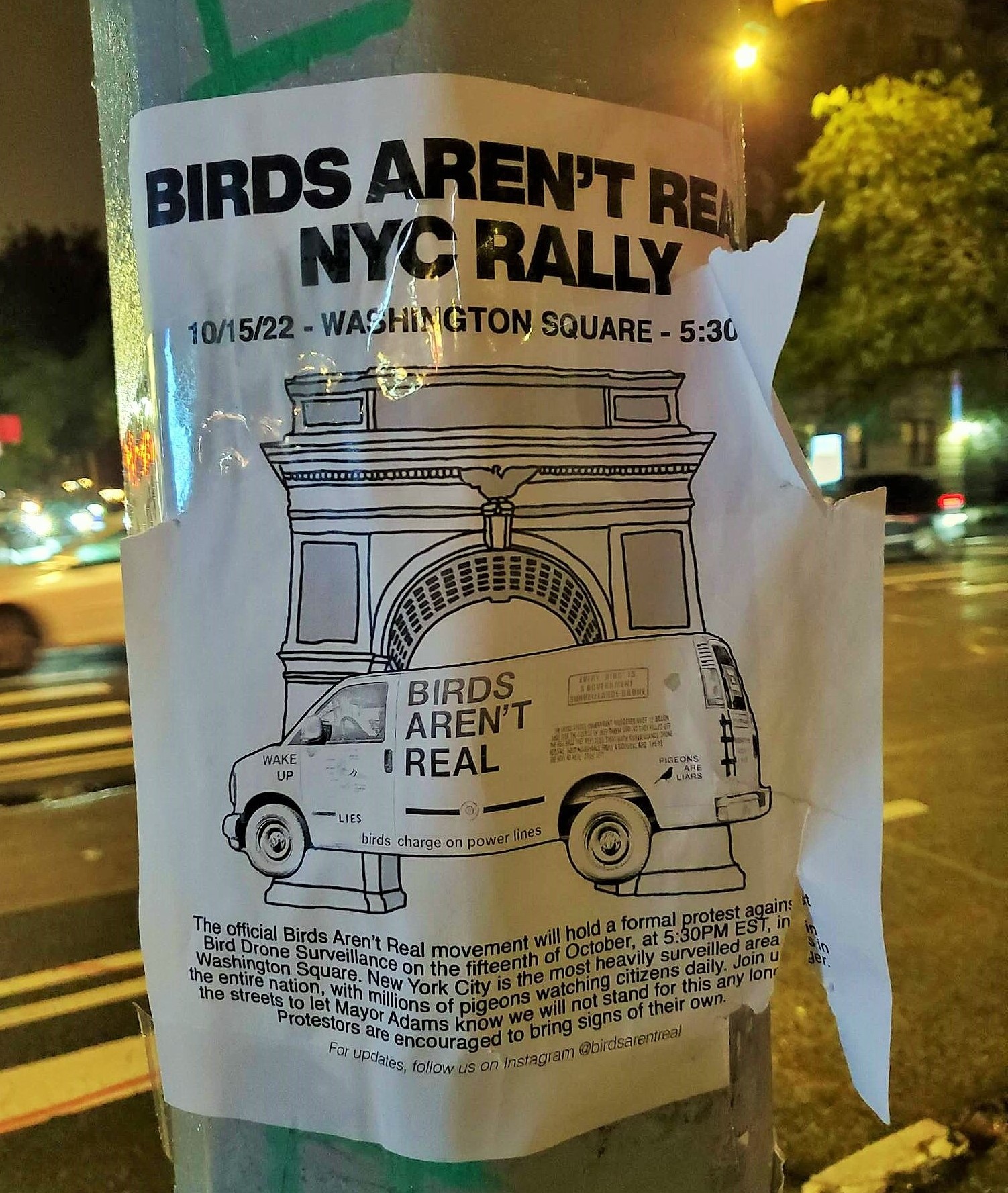 Keeping an eye on ‘pigeon surveillance’

BY THE VILLAGE SUN | Surveillance is a major issue for all of us nowadays — but especially for some in Gen Z, it seems.

The children of Gen X, these young surveillance sleuths say their investigations have uncovered a shocking, umm… “truth”? Namely, that pigeons are not birds after all — no, but actually drones that are spying on our each and every move, harvesting our private data for the government.

As a result, they’re flocking to Washington Square Park — no, not the pigeons, which are already there in droves, the Gen Z’ers — Sunday afternoon for a protest in what they see as a surveillance hot spot.

According to the U.K. site Pigeons Aren’t Real, the phony-avian invasion may have started in the U.S. as far back as the Ronald Reagan administration.

Locally, Sunday’s “formal protest against Bird Drone Surveillance” in Greenwich Village is being organized by the Birds Aren’t Real movement.

“New York City is the most heavily surveilled area in the entire nation, with millions of pigeons watching citizens daily,” the group’s event posters state. “Join us in the streets to let Mayor Adams know we will not stand for this any longer.”