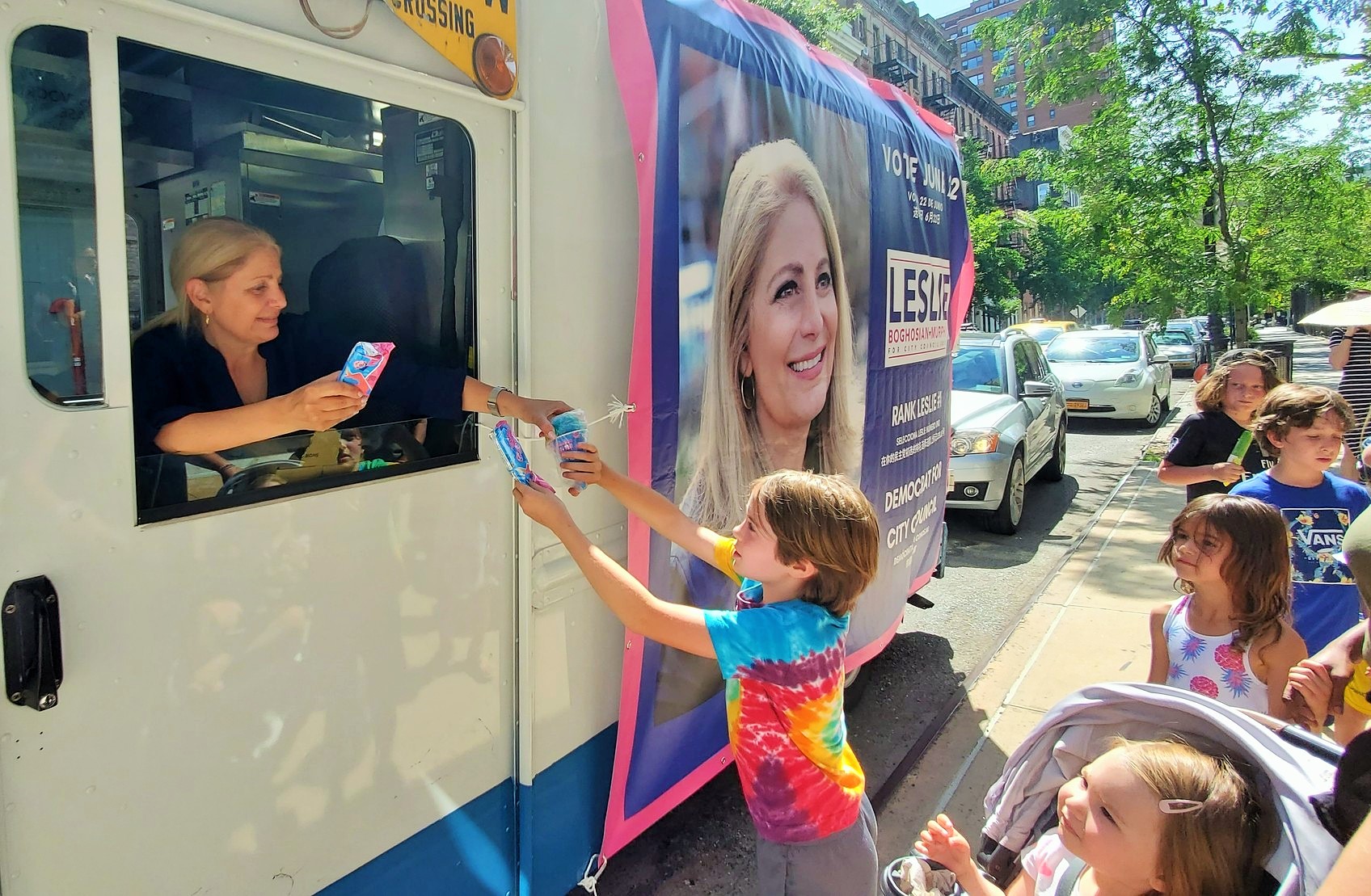 They used to give out turkeys around election day. Leslie Boghosian Murphy is dishing out ice cream.

The candidate is going around City Council District 3 with an ice cream truck giving out free ice cream to kids and adults alike. Summer starts Monday, so ice cream certainly fits the bill.

Saturday afternoon she was at Abingdon Square in the West Village.

The “big chill” campaign started Friday. Murphy will be rolling with the truck through the West Village, Chelsea and Hell’s Kitchen, interacting with voters until primary election day on Tues., June 22.

Moving from cold treats to “hot” topics, she said she’s glad that Mayor de Blasio has announced that homeless men who have been housed in hotels in Hell’s Kitchen during the pandemic can now be transitioned back to congregate shelters. Boghosian Murphy, who lives in Hell’s Kitchen, and many neighbors had raised concern that hundreds of homeless men had been dumped in the community, but without sufficient support services, and that it was causing quality-of-life issues.

Initially, there was a lack of clarity on whether the men would need to willingly get vaccinated in order to return to the shelters — and whether they would even want to do that and give up their hotel rooms. But, according to Boghosian Murphy, now the city is saying vaccinations are not required. It just seems to be a matter of time now before the men are returned to the shelters.

“So, we’re just waiting,” she said. “We know it’s coming. It is encouraging that New York is getting back to normal. And this is just one aspect of getting back to pre-COVID days.”