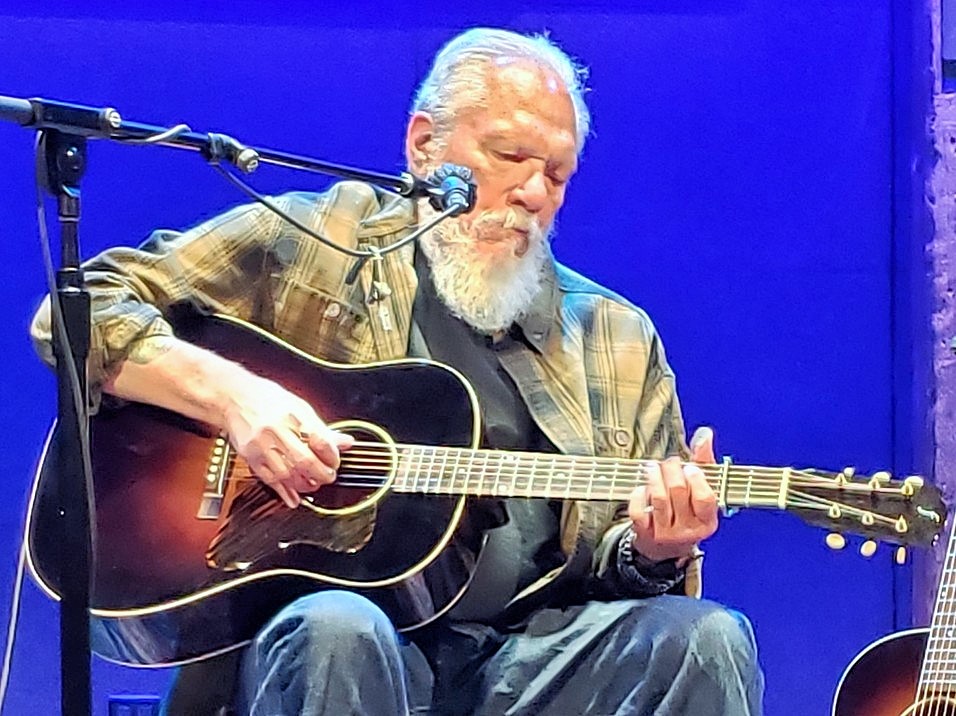 Jorma Kaukonen playing one of his sold-out concerts at City Winery. (Photo by Everynight Charley Crespo)

BY EVERYNIGHT CHARLEY CRESPO | Like all musicians, Jorma Kaukonen had to reinvent himself during the yearlong pandemic shutdown. Following years as the lead guitarist of Jefferson Airplane and Hot Tuna, he found himself pondering his next move amidst his many guitars at his Fur Peace Ranch in Ohio.

Before long, he began performing free livestream concerts every Saturday. Going one step further, he led three virtual classes for guitarists in March. With the advent of relaxed regulations for public gatherings and touring musicians, he traveled to New York to perform four sold-out concerts at a reduced-capacity City Winery NY.

Much like his livestreams, Kaukonen sat in a chair on the City Winery stage and barely moved beyond his seat except to reach for one of his two acoustic guitars. Pulling out old tunes from his catalogue, he played familiar favorites as well as hardly ever heard deep cuts. Earthy vocals accented authenticity for his rural roots music.

This was more than just a recreation of archival songs, however. Kaukonen reworked his songs to where they became more guitar-centered than anchored by vocals or lyrics. Locking largely into the Piedmont blues era, Kaukonen displayed an uncanny ability to fingerpick melodies and harmonies like the long-gone blues masters that early in his life inspired his musical path. Foregoing electronic effects, Kaukonen captured the purity of what a simple acoustic guitar can be in the right hands.

Now an 80-year-old, who has been perfecting his guitar playing since his teens, Kaukonen himself can be revered as a master of the instrument. There are but a handful of guitarists who specialize in this particular brand of folk blues, such that it may not be heard much after Kaukonen is no longer with us. The music-loving public deserves to treasure this Americana icon live while it can.