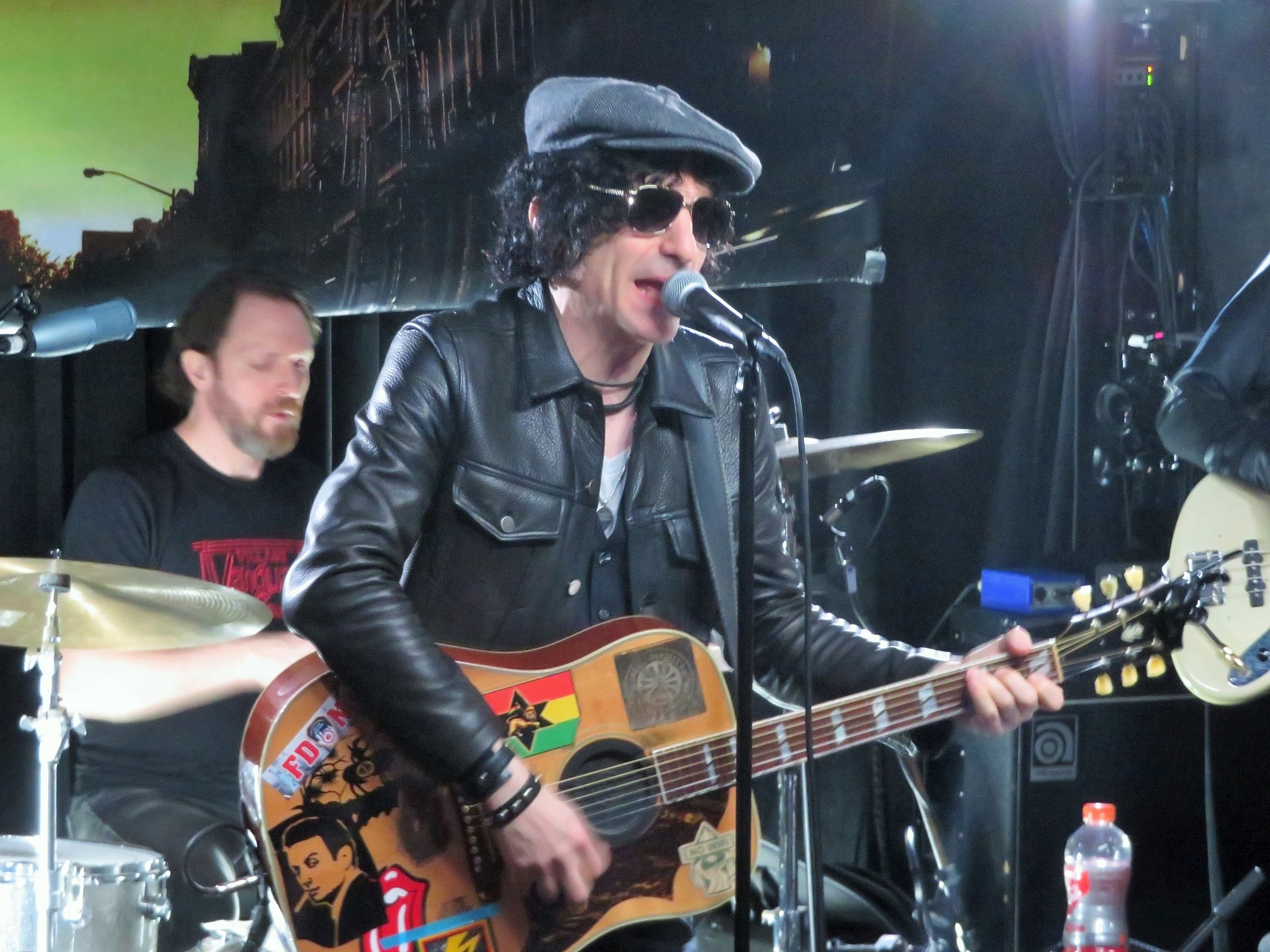 Jesse Malin puts a charge back into the Bowery Electric

BY EVERYNIGHT CHARLEY CRESPO | If there was a mayor of New York’s rock-and-roll nightlife, it would be Jesse Malin. Born and raised in Queens, he entered the Downtown music circuit in the 1980s when he was 12 years old, playing in a hardcore punk band called Heart Attack.

In the 1990s, he led the band D Generation for eight years and opened his first East Village bar, Coney Island High, on St. Mark’s Place. In 2001, Malin launched a solo career as a rocker singer/songwriter. Now an East Village resident and entrepreneur, he also co-owns four local bars, the Bowery Electric, Dream Baby, Lola and Niagara, and is a co-owner of Velvet Elk Records, which records and releases music by local musicians.

At the start of the 2020 pandemic, most local nightlife dissipated and professional musicians vanished from the public eye. Malin remained active, however, performing weekly livestreams, initially solo and free on social media, the later with band members on a pay-per-view platform.

His performance skills remained sharp, but he did not hear cheers and applause from a live audience until Governor Cuomo allowed live indoor entertainment on April 2.

Conforming to COVID-era governmental regulations, Malin and his band reopened his Bowery Electric club with a sharply reduced capacity of ticket holders, who were assigned partitioned cubicles with tables and chairs. Malin and company sold out four shows in April and returned for two more concerts this month.

Malin has a strong following of core fans that attend all his shows. Even before entering the building, one could have made a fairly accurate prediction of who would be sitting in the pods nearest the stage. Once Malin and his band appeared onstage, it became evident that the crowded stage and all the new furniture on the former dance floor was going to inhibit his usual turbo-fueled movements. Malin’s band launched into the first song and the superfans in front began dancing enthusiastically by their tables tight away, thus helping to charge the Bowery Electric with, well, electricity.

The long journey from youth to adulthood has helped Malin match his playful rock-and-roll spirit with a maturing awareness of life’s joys and sorrows, and this was reflected in his songwriting. Even when the words did not clearly establish a mood, Malin’s passionate vocal delivery completed the task.

Accompanied by guitarists Derek Cruz and David Immerglück (Counting Crows), keyboardist Rob Cloris, bassist James Cruz and drummer Randy Schrager, Malin began the early show with a series of slower songs that started with a simmer and roused slowly, including “Brooklyn,” “She’s So Dangerous” and “The Fine Art of Self-Destruction.”

For many years, Derek Cruz has provided Malin’s songs with fluid guitar lines, but at the Bowery Electric show, Immerglück also injected a few leads. The overall set was mellower than usual. But Malin gravitated to a more bombastic spin long before he removed his leather jacket and sunglasses and ended the 100-minute set with a cover of the Undertones’ “Here Comes the Summer.”

As the energy level increased onstage, the partitions between tables seemed to disappear. The animated audience spilled out of the cubicles to move with the music and celebrate another successful rock-and-roll party led by Jesse Malin. Undoubtedly, the superfans returned a half hour later to repeat the experience at Malin’s late show.