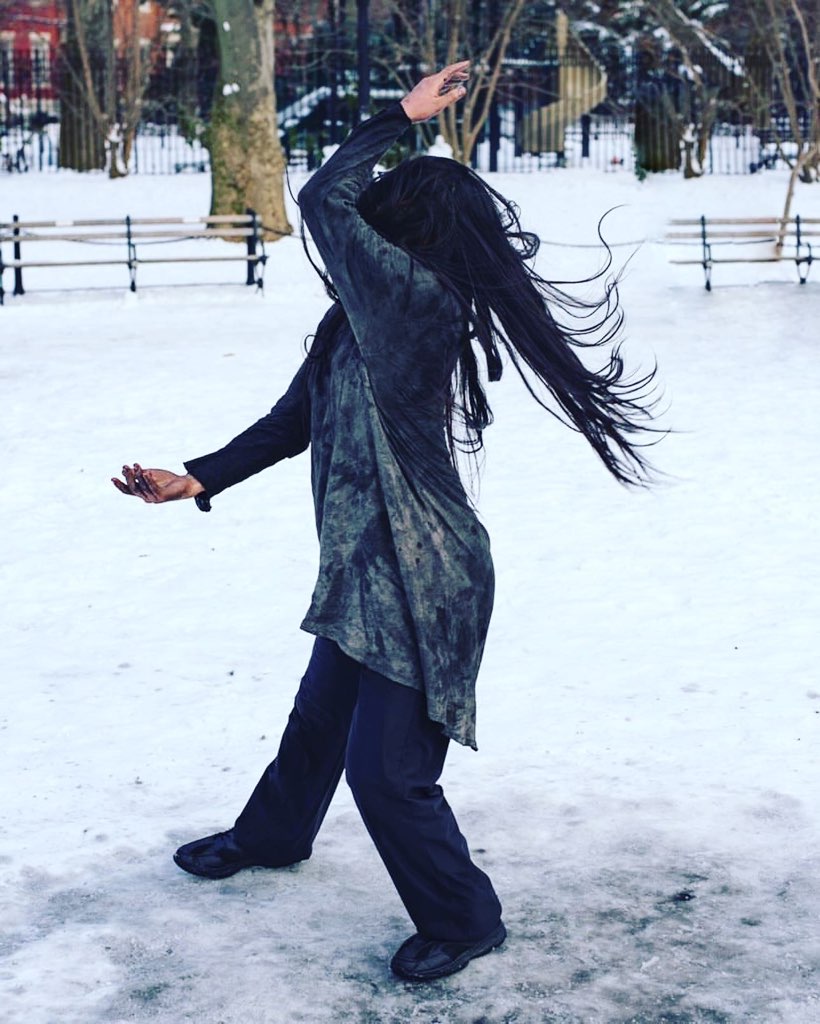 Kanami Kusajima performing her sumi-ink dance on the snow in Washington Square Park. (Photo by @non.sleeper)

‘Ink dancer’ goes with the flow in park

BY THE VILLAGE SUN | Some people like to dance in ballrooms or clubs. But Kanami Kusajima dances in Washington Square Park — even on the snow.

At least she has been recently.

The Japanese native, 23, users her whole body to create paintings with black sumi ink, a traditional Asian medium. Usually, she “paints” on a canvas on the ground, but on Fri., Dec. 18, she experimented by putting the ink directly on the snow, creating what she called a “performance area.”

As usual, though, she was barefoot, which posed a slight challenge.

“It was cold and my toes were almost frozen sometimes,” she said. “But otherwise I get warm from dancing, so it’s not that feeling bad!”

She usually performs to recorded music.

Kusajima’s mentor was Pinokio, a painter who was a fixture in the Greenwich Village park. They would perform together. But he has since returned to Japan.

Now the dancer is trying to carry on the tradition of Pinokio, keeping his inky artistic spirit flowing in the park.

Kusajima came to New York in 2016 as an international student at SUNY Purchase College Conservatory of Dance. She graduated this past May and now lives in Queens.

She has always danced, starting at a local dance studio in her homeland at age 6 and continuing there until she was 18.

As for her style, it fits the music and the mood.