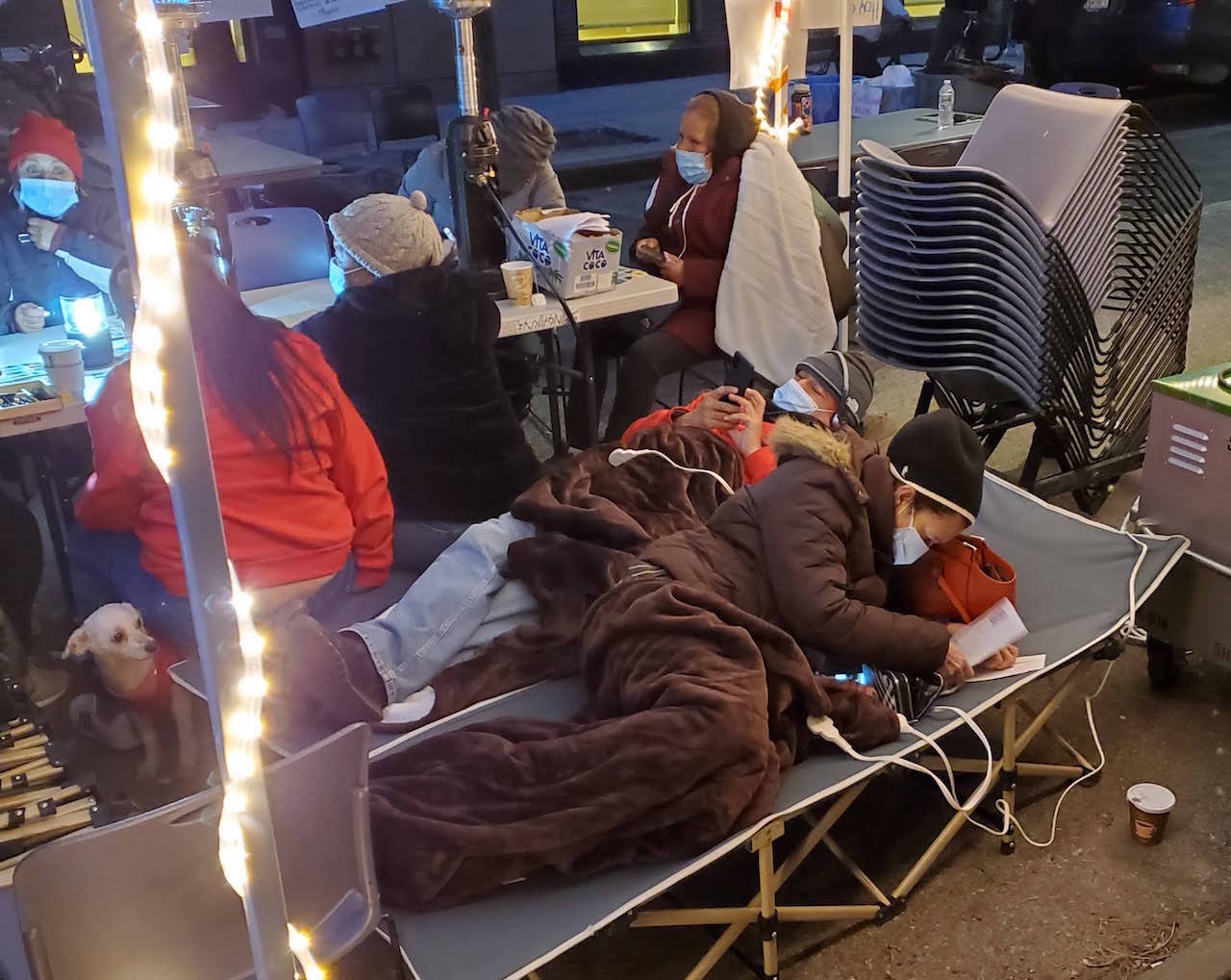 Hunger strikers resting on cots on Thompson St. on Sunday evening. (Photo by The Village Sun)

BY THE VILLAGE SUN | A group of undocumented workers are wrapping up their first week of a hunger strike in the Village.

The so-called “excluded workers” have set up camp on Thompson St. just south of Washington Square Park. It’s an Open Street being administered by Judson Memorial Church. At night, they sleep inside the church, which is a base of the city’s pro-immigrant New Sanctuary Coalition movement.

The workers kicked off their campaign Tuesday at the Cathedral of St. John the Divine in Morningside Heights. Among the organizers are Make the Road.

They are calling for more money for undocumented immigrants, who do not qualify for federal unemployment or stimulus checks, as well as other ineligible individuals. In fact, the New York State Legislature, in its pending budget, has already earmarked $2.1 billion for an “Excluded Worker Fund” to provide unemployment insurance benefits to these groups.

But Make the Road and others say the workers need more — $1.4 billion more — so that they can be paid $2,000 a month retroactively to cover the pandemic period.

New York is set to pass a record-high $208 billion budget on April 1.

On Saturday evening, there was festive live music at the hunger strikers encampment. As an informal mariachi band played, a man clutching a green bottle hopped up on a box and comically danced and staggered as if he were drunk, to the crowd’s amusement.

Sunday evening around 7 p.m., the scene was more sedate. The hunger strikers were huddling for a meeting, speaking in Spanish, then shortly afterward sat down at a long table. A couple of others lay on cots.

A woman who said she was doing logistics for the group said what they were doing was phone-banking, sending messages to state Senate Majority Leader Andrea Stewart-Cousins.

She said the hunger strikers can have “water, electrolytes and juices,” but that food is not allowed in the site. A doctor comes to check on their condition daily.