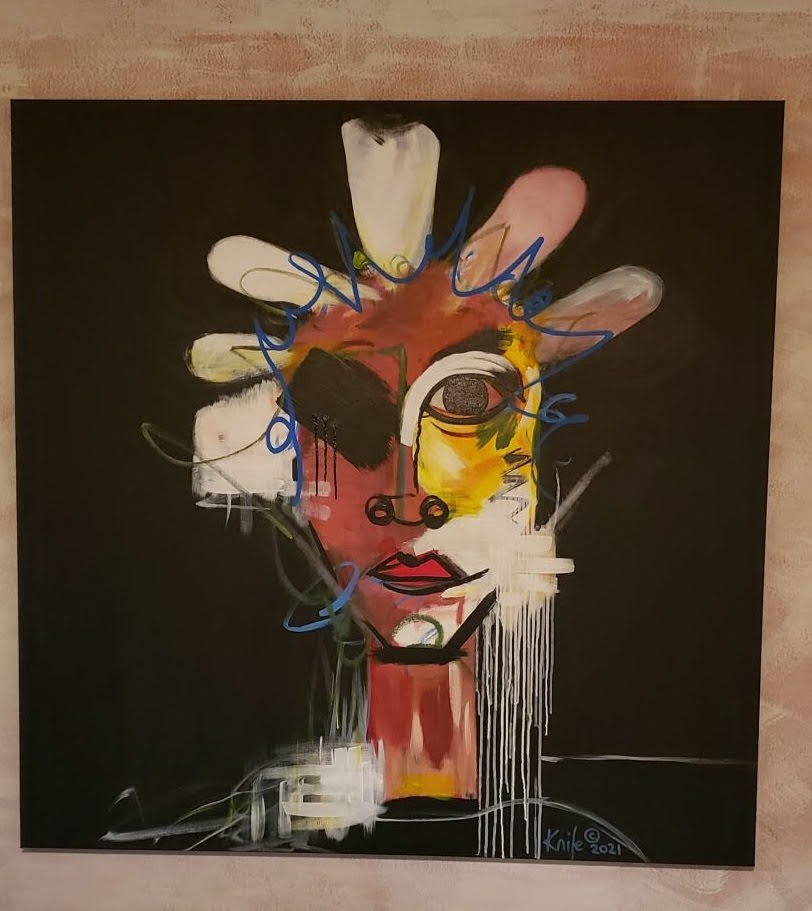 Local artist Ian Knife has a new series of abstract paintings on view at 454 Broadway. Called “Abstraction,” the series of works are all 48 inches by 48 inches.

Also on view in the same building are a small-works group show with Carlos Pinto and seven other artists, plus a 30-year retrospective of the work of Linus Corragio.

Knife is also known for his tree-stump carvings in the East Village, as well as, more recently, his activism. In October he led an “art attack” on the East River Park amphitheater that saw taggers and artists cover the Corlears Hook structure with graffiti art. Knife hoped that, under the federal Visual Artists Right Act, the graffiti on the amphitheater would block or delay the city’s East Side Coastal Resiliency project.