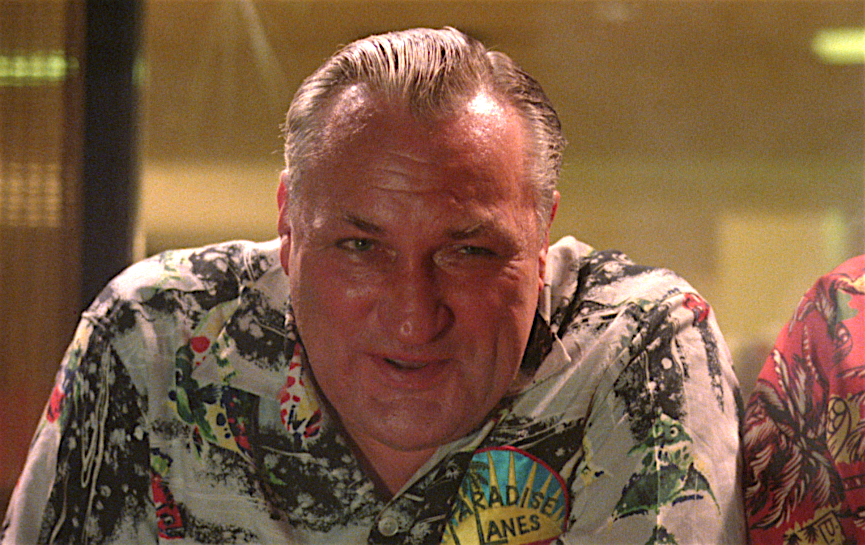 Village newcomers could use a primer on "the common interest" from Chubby Galasso from the film "The Wanderers," the writer says.

BY ART GATTI | When I see them, my sixth sense tells me I see dead people— because what I am looking at on the streets of the Far West Village is a generation of far too many possibly toxic spoiled brats. …

This area has gone through vast changes in the 50 years that I have lived here. Even when the average overheard conversation on the street changed from talk of music and art to that of finance, I figured what the hell…these newbies are neighbors and we all have a common interest. The bottom line being to keep us all safe and functioning in healthy ways. We believed in live and let live. Those were our common interests. This was important.

In the iconic 1979 film “The Wanderers,” the local mob boss, Chubby Galasso, instructs young men with that maxim.

“People without a common interest are assholes,” he says.

In the film, this unites gangs of various races against a common enemy.

So when jobs in finance replaced those in culture hereabouts, we could still expect our young neighbors to observe common interests. For the most part they obeyed vehicle speed regulations, parking laws and idling prohibitions; they separated their garbage and refrained from tossing scraps on the street; they paid their exorbitantly high rents and helped local landlords maintain their buildings.

In other words — different as they may have been from the artist class that moved in between the ’60s and ’80s (and in many cases much earlier) — we had no reason to worry about them.

But COVID-19 seems to have addled some brains. Yes, I admit that my older generation here in the Far West Village is probably paying half or less in rent than these newcomers do. And we probably have more disparate resources than these newcomers: We have savings; we have local networks; we are plugged into a variety of alternative income sources. So, yes, the stresses must be a lot more pressing on the recent arrivals.

Unfortunately, however, they are acting out against their neighbors and society in general. They are challenging the death rates from COVID-19 to rise — here, where we’ve best gotten a handle on it. I estimate that of the 30 percent or more on these streets who won’t wear masks, the average age is about 28 — from late teens to mid-30s — and mostly Caucasian. They strut with a haughty air and ignore you if you call out to them, or tell them to mask-up. They respect no common interest. Chubby has them pegged.

Thus, my greatest COVID-19 realization is that I currently live among too big a throng of wrongheaded jerks. They see things upside down, as in, “Why should I wear a mask, if I don’t have the virus?” — or twisted, “It’s all a left-wing plot” (probably transplants from west of here) — or tragically misled, “But my president said… .”

And the most infuriating responses have to do with their “rights” — as in, the right to speed up in a school zone, or to swing their arms so as to punch me in the nose.

You can’t break through the stupidity of this “rights” argument — it’s a perfect excuse for blind stubbornness. I have pointed out till I’ve been blue in the face, that the order of “Inalienable Rights” begins with the guarantee to protect LIFE — then, and only then can you enjoy Liberty and the Pursuit of Happiness.

The state recently shut down The White Horse Tavern curbside, and for good reason. Customers had turned the site into a vast, unprotected block party. Whoopde-freakin’-doo — we’re free!

Check that. Apparently, these not-quite-grownups have gotten the governor’s attention, and thanks to their lack of the simplest of common interests, not killing anyone — now bars are facing a “Three Strikes and You’re Closed” rule. That pleasantry is gone. The new puppy they begged for and promised to walk has crapped on the couch for the last time… .

School has been out for a while now, but when it does reopen, let’s hope a good number of these I’ll do what I like new neighbors will be forced to attend. Maybe someone will drive home the notion of The Common Interest.