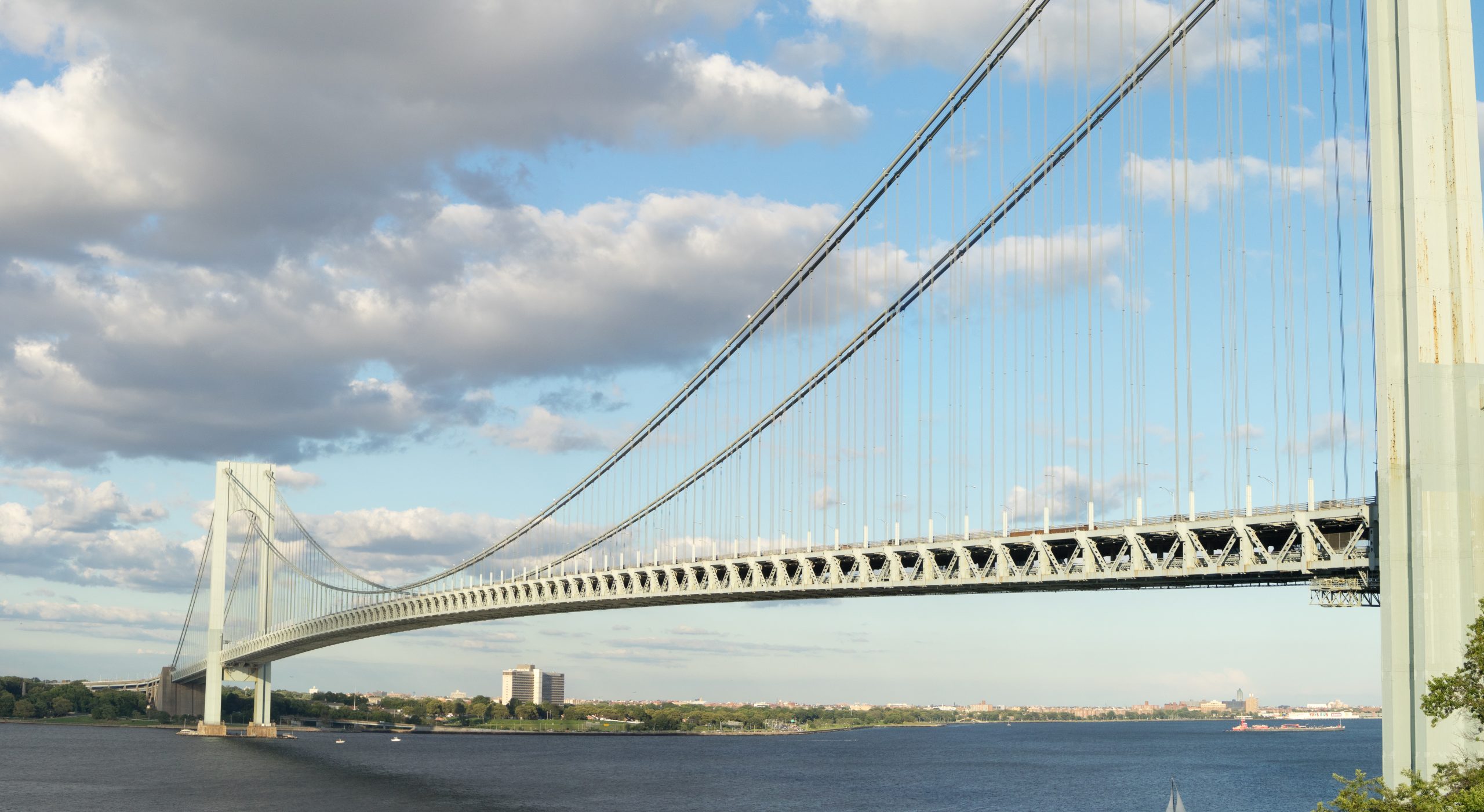 BY THE VILLAGE SUN | The bane of Downtown Manhattan for its horrendous impact on traffic congestion, the one-way toll on the Verrazano-Narrows Bridge is finally exiting. It’s been a long time coming, though — decades, in fact.

On Tues., Dec. 17, the House of Representatives voted to restore the two-way toll as part of a massive $1.4 trillion bipartisan spending package for Fiscal Year 2020. Two days later, the Senate passed the spending package — which also avoided a government shutdown amid the impeachment fight. President Trump was expected to sign the bill into law on Dec. 20.

Congressmembers Jerrold Nadler, Max Rose and Nydia Velazquez, who all pushed for the legislation, hailed the House’s approval of the toll restructuring in a joint press release with Senator Chuck Schumer and Staten Island and Brooklyn politicians.

According to Rob Gottheim, Nadler’s district director, the plan is for the two-way toll to be back in operation in a year from now.

“The M.T.A. has a year to implement it, which they say they can do,” he told The Village Sun. “We’ve had discussions and they say they have to put in gantries.”

Toll booths were taken out at the bridge’s eastern end, but now overhead gantries must be installed there to allow for electronic tolling.

The Verrazano Bridge has the only federally legislated one-way toll in the nation.

The current toll structure was instituted by federal legislation in the 1980s and only applies to drivers going from Brooklyn to Staten Island. The main impetus for the one-direction rate was to reduce backups of waiting vehicles at the Staten Island toll plaza. However, electronic tolling and E-ZPass eliminated the backups and thus the need for the one-way toll.

The present one-way toll is $19. With the change, drivers will pay $9.50 going in either direction, though using E-ZPass also gives a discount. Staten Islanders will retain their current discount.

For years, to avoid the Verrazano toll, truckers have used the span heading east, then come back through Manhattan to cross to New Jersey. Not only does this deprive the Metropolitan Transportation Authority of toll revenue, but it floods Downtown and Lower Manhattan’s streets with traffic from heavy vehicles. The change could lead to an additional $10 million to $15 million in annual revenue, according to the authority.

The M.T.A. has also found that split-tolling eliminates incentives for non-commuters to “toll-shop” around New York City, which will also help reduce traffic congestion in Lower Manhattan, Brooklyn and Staten Island. Air quality will also be improved for communities as vehicles will divert away from local roads onto main thoroughfares and highways.

Gottheim added that since trucks are the most polluting vehicles, it’s important to ensure they take the quickest routes and not toll-shop.

In his remarks after the House vote, Nadler said all New Yorkers will benefit from the restoration of the two-way toll.

“After more than two decades working on this issue,” he said, “I am incredibly proud that the House-passed Fiscal Year 2020 spending bills include language that ends the federal prohibition of split-tolling on the Verrazano-Narrows Bridge.

“Restoring split-tolling will greatly improve traffic and congestion in Brooklyn and Lower Manhattan, while also capturing new vital funding for the M.T.A. from out-of-state trucks, which no longer will avoid a toll entering New York City via Staten Island or dodge tolls on the Hudson River bridge and tunnel crossings.

“All New Yorkers will reap the benefits of the restoration of two-way toll collection,” Nadler declared, “from reduced wear and tear on our bridges and tunnels and fewer trucks on the Staten Island Expressway, Gowanus Expressway, Manhattan Bridge and Canal and Broome Sts. in Lower Manhattan.”

“This change will help reduce truck congestion, and the air pollution and traffic it causes, on Staten Island,” Senator Chuck Schumer said. “The implementation of electronic tolling made the old system outdated, so it’s about time that split-tolling was reinstated on the Verrazzano-Narrows Bridge.

“The repeal of the split-tolling ban will benefit thousands of New York City residents in Brooklyn, Manhattan and on Staten Island,” Schumer added, “and I’m proud to have worked with Congressman Max Rose and many of my colleagues in the House to deliver this win in the budget package for Fiscal Year 2020.”

Over the years, Downtown activists — including the Downtown Independent Democrats club — kept the pressure on Schumer and Nadler to restore the bridge’s two-way toll. Even after the advent of electronic tolling, it took awhile for the change finally to be approved.

Schumer in the past was hesitant to support a two-way toll, feeling it was “bad politically” since it would earn the ire of Staten Islanders. Then, even after electronic tolling came about, the political landscape on Staten Island still wasn’t favorable. However, with the Democrats recently taking control of the House and the election of Rose, a Democrat, the idea of redressing the one-way toll finally became a possibility.

“It took 30 years but we finally fixed the wrong of Al D’Amato and Guy Molinari, who put in the one-way toll in 1986,” said Gottheim, referring to the former senator and Staten Island borough president, respectively.

“Jerry was elected in 1992,” he said. “We’ve been diligent about doing it. Politics always got in the way. Max Rose was helpful. Before, we had a Republican, Dan Donovan, who didn’t want to do it. The Democrats took control of the House of Representatives. Finally, the stars were aligned.”

Gottheim noted that Rose was also smart in pushing for the additional revenue to be netted from the rebalanced toll to go toward more express buses on Staten Island.