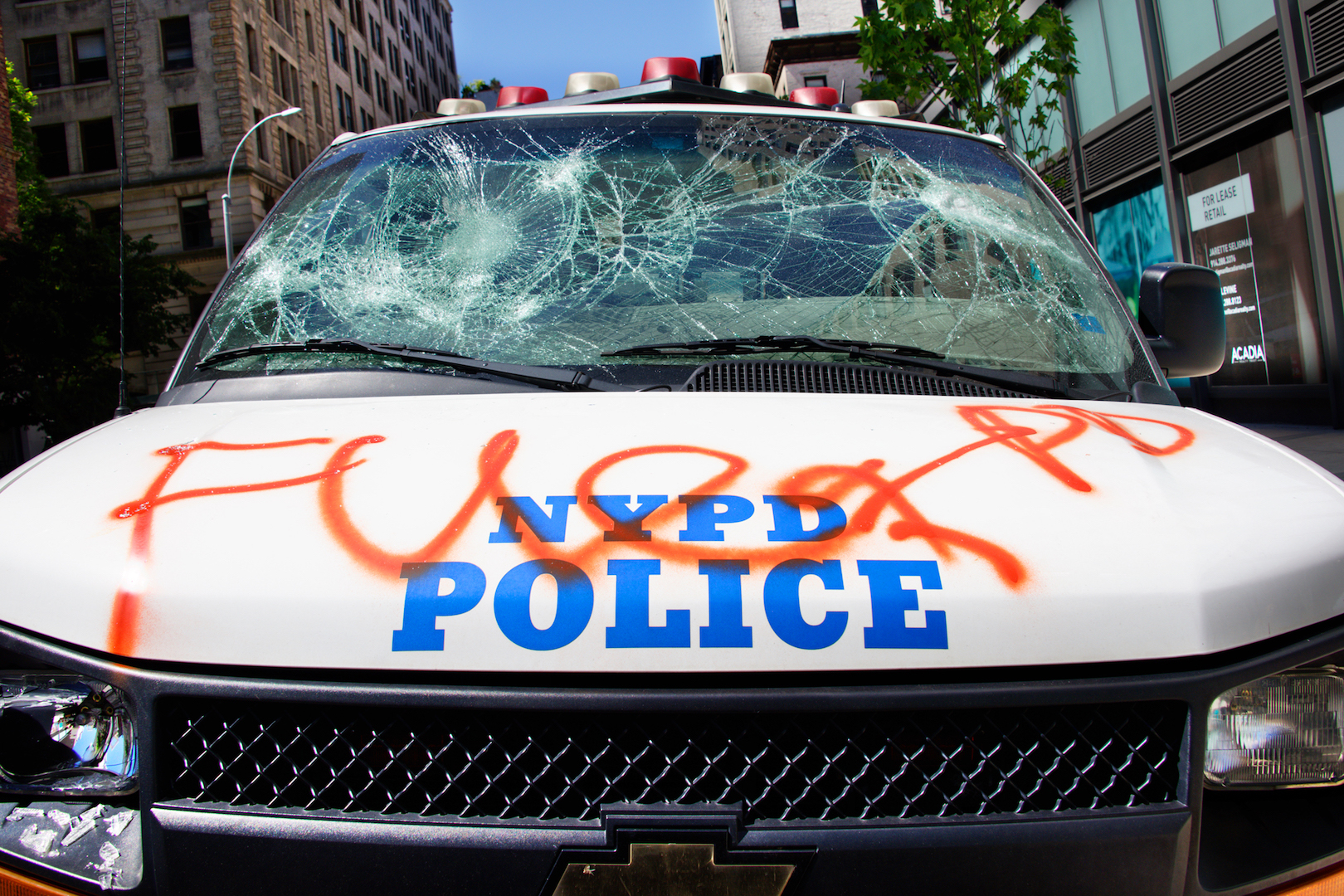 "FU PD" and a battered front windshield, the message was pretty clear. (Photo by Bob Krasner)

A faction of violent protesters unleashed their hatred of police on their vehicles around Union Square on Saturday night.

“ACAB,” which was scrawled on some of them, isn’t the tag of the latest cool Downtown graffiti artist or even a call for an Uber — but a motto of the militant protesters: “All Cops Are Bastards.”

These photos were mostly taken on University Place south of 14th St. The photo of the Department of Sanitation worker sweeping up the charred remains of one of the burned vans was at 13th St. near Broadway.

The Police Department’s Homeless Outreach Unit is on 12th St. between University Place and Broadway, and has dozens of vans and vehicles parked on the streets around the area, making them an easy target for attack.