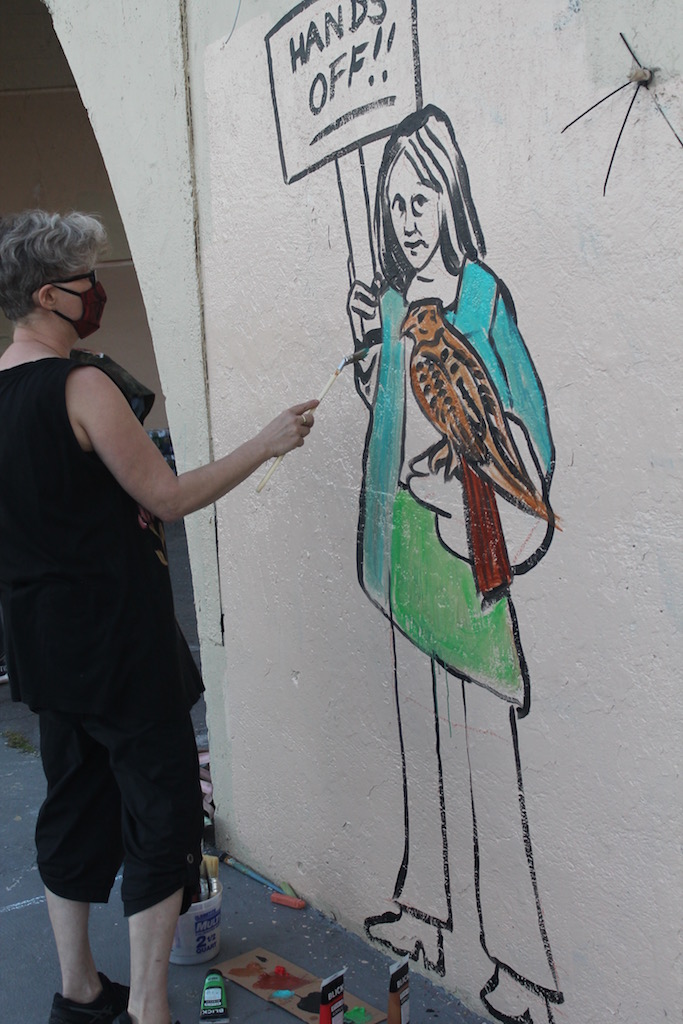 Artist Tine Kindermann, of the Clemente Soto Velez Cultural and Education Center, worked on a painting of her daughter with a hawk during the Art Attack on the East River Park amphitheater in October. (Photo by The Village Sun)

It wasn’t exactly the fight of the century when a hawk and a squirrel faced off on a branch in East River Park this week.

The daredevil critter scampered along the branch toward the fearsome avian predator, which annoyedly hopped toward the squirrel and flapped its wings. Things apparently ended in a standoff.

Were the squirrel a bit farther away and on the ground, though, it could have ended very differently since hawks attack by swooping down on their prey from above.

Chris Ryan, who took the video, noted that the tree in which the scene occurred is slated to be felled — along with nearly 1,000 others in East River Park — as part of the city’s embattled East Side Coastal Resiliency plan. The project would clear-cut the2.4-mile-long park, then raise it by 8 feet under tons of new fill, so it would be above the rising sea level.

The video maker is married to Allie Ryan, who is currently running in the Nov. 2 general election for City Council District 2.