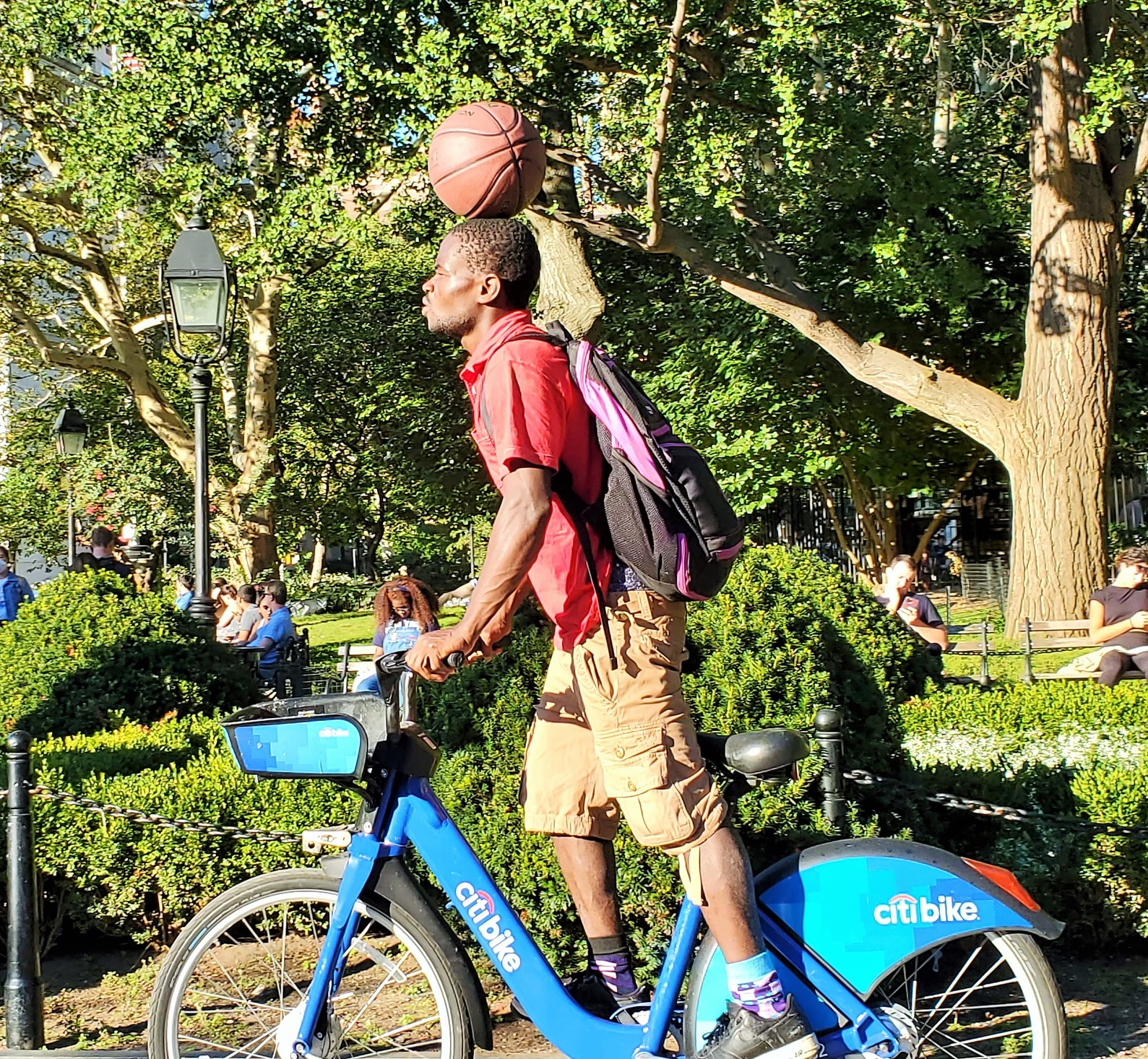 An acrobatic parkgoer rode a Citi Bike while balancing a basketball on his head in Washington Square Park. (Photo by The Village Sun)

Having a ball in Washington Square Park

As a brass band played Dua Lipa’s “Levitating” in Washington Square Park on Sunday afternoon, an acrobatic fan was dancing along while balancing a basketball on his head.

Speaking of levitating, later he climbed up a light pole nearby, still with the ball on his noggin.

He next was spotted on a Citi Bike, taking a large orange traffic barrel that skateboarders had lain on the ground to jump over, and putting it over his head and body. It wasn’t clear how he was going to see, though. But he scrapped that plan and settled for cycling with the ball on his head, which looked challenging enough.

It was a pretty crazy stunt. Hey, wait a minute…Krazy Glue? Nah, probably just a soccer player who really learned how to use his head.