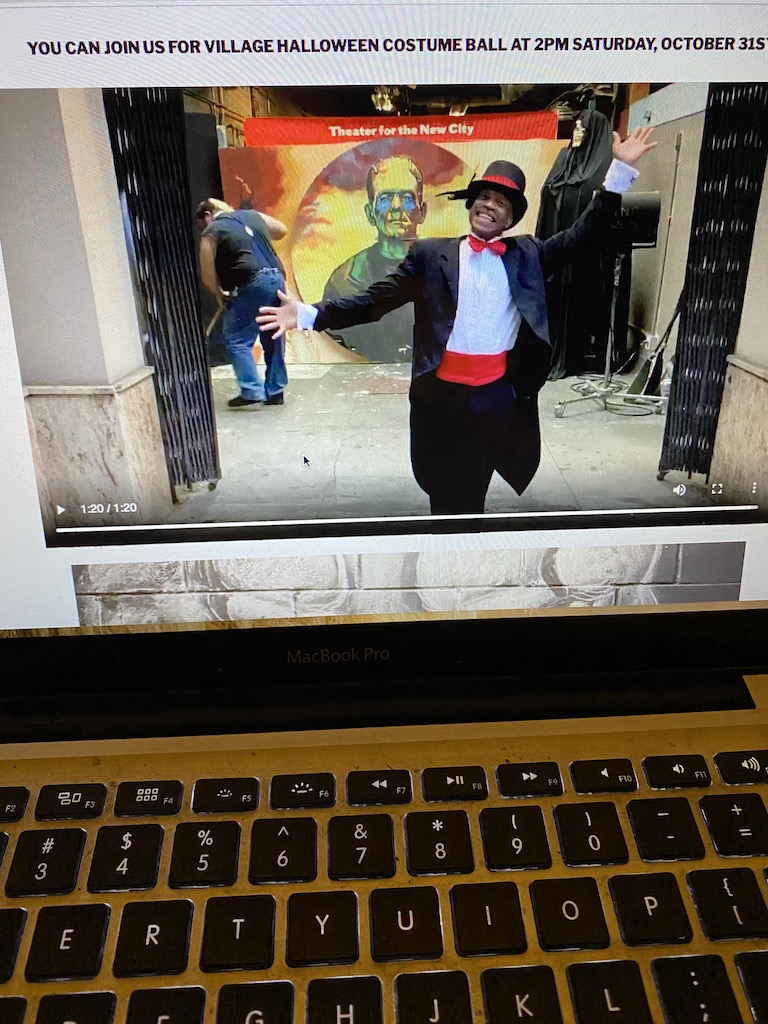 Theater for the New City's Halloween show will be both live and virtual this year due to the pandemic.

Halloween screaming and streaming at Theater for the New City

The Halloween show must go on!

Not to be put off by the pandemic, Theater for the New City’s Village Halloween Costume Ball — an annual tradition for 43 years — will be a little different this year.

Instead of the costume ball, which generally draws up to 1,200 people, the theater will be offering a mix of actual and virtual entertainment on Halloween eve.

The Virtual Village Halloween Ball will run from 2 p.m. to midnight and will feature 90 performance videos. It will all be streamed on the TNC Web site, theaterforthenewcity.net, and Facebook page, and will also stay up for about a week.

And from 7:15 p.m. to 9:30 p.m., TNC will feature live theater at its Chop Shop (set shop) on E. 10th St., just west of First Ave. Audience members will stand outside on spatially distanced pumpkins chalked on the sidewalk. The performers, who will do 10-minute pieces, will do their acts behind an accordion gate that the viewers can see through.

The live performers will include the likes of Cobu, an all-female Japanese taiko drumming crew; Jenne Vath of The Experimentals fame; Peter Dizozza; Zero Boy; piano-bar singer Ellen Steier; and bellydancing. An emcee will make sure that the audience numbers are kept at a safe level.

For the live Chop Shop show, the theater will also be giving out face masks to any audience members who need one. All performers will have their temperature taken before going on stage, and had to be tested for COVID no earlier than Oct. 22. The microphones will be wiped down between acts and the emcee will have his own mic.

There will also be a costume contest, as well as a scream contest, held on TikTok. Three winners will be chosen for each contest. Submit your video to info@theaterforthenewcity.net (with subject line Costume Contest or Scream Contest) and include your contact information.

Crystal Field, the theater’s executive artistic director, is excited about the Halloween lineup, especially the videos. She noted that Penny Arcade’s is about the climate and the Earth and “very poetic, a little more serious for her” than usual.

“It’s all in the woods,” Field said of the spoken-word legend’s piece.

Of the 90 videos, nine of the acts actually recorded their performances inside Theater for the New City.

As for doing the live show with the audience on the street, Field said, “That’s the only way we can do anything live right now.”