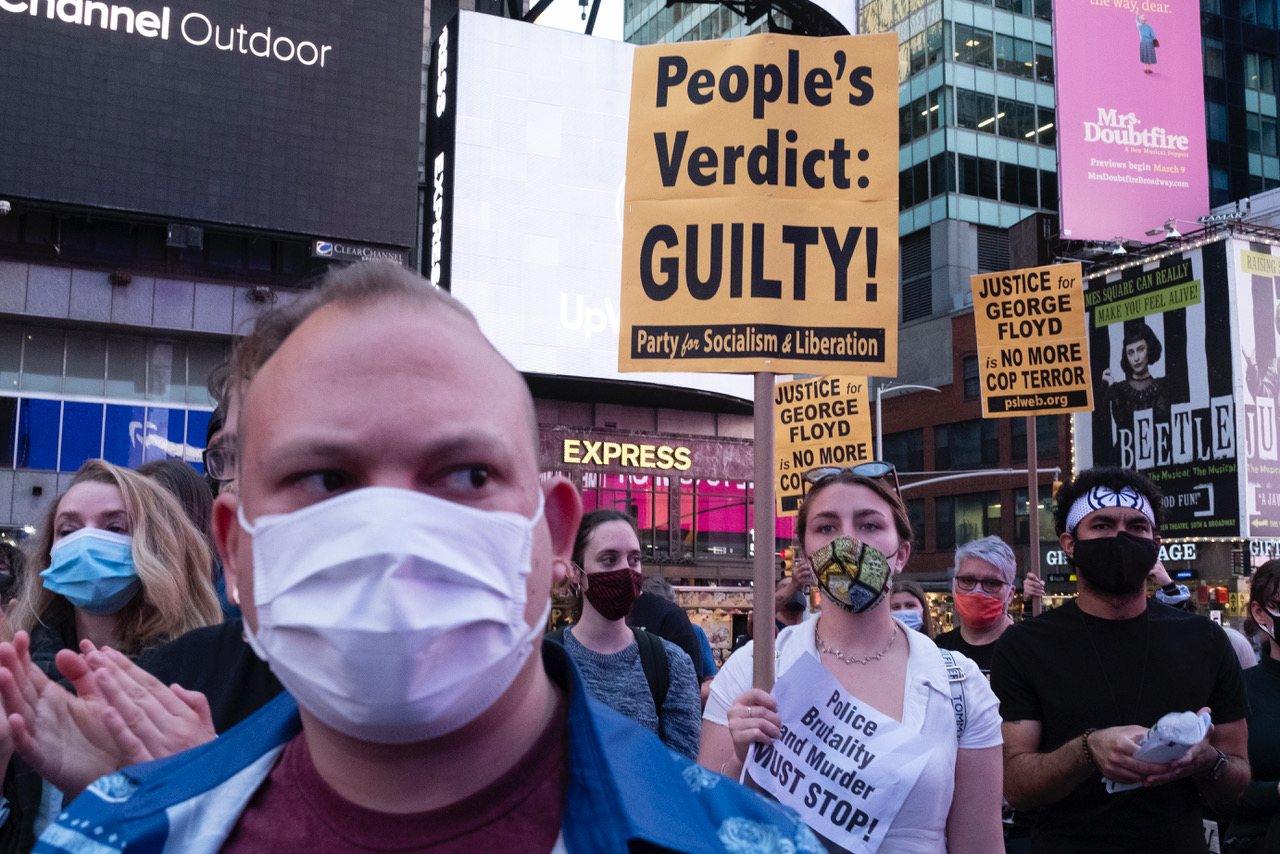 Photographer Q. Sakamaki was in Times Square as the verdict in the murder trial of former police officer Derek Chauvin came down on Tuesday afternoon.

These shots were taken just after Chauvin was convicted of all three charges of killing George Floyd in Minneapolis last year.

The dancing youths were not protesters but were also at the scene.

The photographer said the feeling in the crowd was happy but also a bit subdued, with people realizing the fight for justice is not over.

“The organizers and people there are somewhat happy, some very energetic,” he said, “yet many of them are not super-excited, as well. They know that it is a start.”