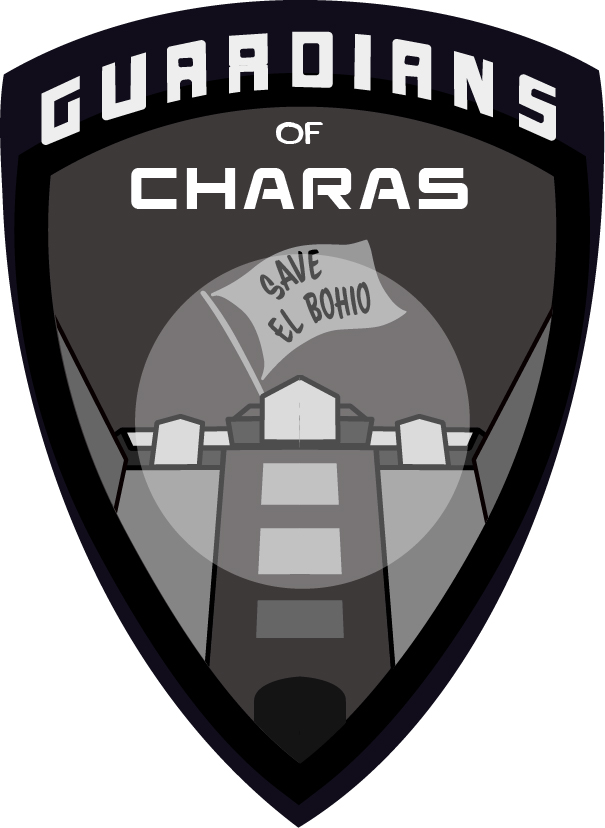 Guardians of CHARAS unite to save derelict building

BY LINCOLN ANDERSON | Move over, Avengers. Back off, Justice League. … Make way for…Guardians of CHARAS.

A “dream team” of veteran East Village activists — including former squatters, pot-legalization pioneers, a radical priest and a mysterious martial-arts master — have banded together to protect the old P.S. 64, on E. Ninth Street east of Avenue B.

The decommissioned school building, formerly home to the CHARAS/El Bohio community and cultural center, has sat vacant for more than 20 years just east of Tompkins Square Park. The Guardians say they feel it’s their duty to step in and protect the landmarked former community center from “possible arson” and other threats.

Gregg Singer bought the building for $3.2 million at city auction in 1998, and by 2001 had evicted CHARAS. Over the ensuing years, community activists, local politicians and City Hall have all stymied Singer’s efforts to redevelop the site in one way or another — from tearing the structure down and building a high-rise tower to, now, renovating it into a market-rate university dorm. In frustration, Singer is currently suing the city for “tortious interference.”

Meanwhile, the once-stately school building, at 605 E. Ninth St. — whose alumni include “[Somewhere] Over the Rainbow” lyricist Yip Harburg — keeps falling further into disrepair. In February 2019, after alarming cracks were spotted on its exterior, the Department of Buildings issued a “full vacate order” for the place, which remains in effect to this day.

According to D.O.B., the vacate order was for “failure to maintain” the property: “Ornamental facade elements are in a state of disrepair with visible cracks, gaps and deterioration,” the agency stated. “These ornamental elements [have] the potential to fall into the street and yard. In addition, interior fireproofing [is] missing, thereby exposing structural steel members. These conditions have made the entire building and yards unsafe to occupy.”

The vacate order is reportedly why there is no longer a security guard at the site — which, in a Catch-22, is only making the situation more unsafe, concerned activists say.

Leading the Guardians — an all-volunteer group of currently about 25 members — are former squatters Ken Toglia and Frank Morales, the latter who is also a radical Christian pastor. Standing with them are Sifu Jai, a Taoist priest and martial-arts guru who held forth at a temple in the former CUANDO building, at E. Houston Street and Second Avenue; Dana Beal, a longtime weed- and Ibogaine-legalization advocate, and his Yippie comrades; and University of the Streets, a nonprofit, now based in the Bronx that started in the East Village, that nurtures young people and artists.

Toglia said he’d like to see part of the building used as a site for opiate users “to sit and do their thing quietly,” and he feels this is something Mayor Adams would support. A food kitchen would also be in the mix, though not low-income housing. The plan is to “leave the first floor open for a theater,” he said.

Currently, youths sometimes clamber into the building to party, graffiti and film TikTok videos, which some concerned neighbors say is a safety risk.

“There’s graffiti kids and rave party kids” going into the building, Toglia said. “We want to work with them, ultimately.”

“We’ll bring back the teepees of Save La Plaza and maybe the geodesic dome that fits in with CHARAS,” he said. The teepees refer to the protest to save La Plaza Cultural — the garden down the block at Avenue C — from development back in the 1980s, while, also during that era, Buckminster Fuller led young Puerto Rican CHARAS members in constructing geodesic domes at La Plaza.

“I was just at the Dymaxian House in New Jersey to get some ideas — it’s like a tin yurt,” Toglia noted, referring to the model for an early “tiny house” that Fuller developed.

Toglia is perhaps best known for doing a year in jail in connection with the Tompkins Square Park protests in 1990, after being convicted of incitement to riot.

“It was for speaking out against police brutality,” he said. “I was the only one of the activists convicted.” Two others, John the Communist and Laurie Rizzo, beat the rap.

Meanwhile, Beal is being evicted from another run-down building where he has been living — a Garment District synagogue that is likely slated for demolition. For his part, Beal said he’d like to use part of the former CHARAS space for his efforts to promote the use of Ibogaine for curing addiction and conditions like Parkinson’s disease.

“That’s where we’re going to try to put the Ibogaine room,” he said.

However, Toglia said the Guardians’ vision does not include an Ibogaine aspect, just a harm-reduction center.

Former East Village activist John Penley, who now lives in Vegas, is also involved in the planning. He said the Guardians will also have Narcan available to administer to anyone who OD’s in Tompkins Square Park. Penley stressed he would like to see affordable housing included in the scheme.

Meanwhile, Chino Garcia — the “C” in the acronym CHARAS, whose intitials stand for the group’s founding members — is currently residing at Gouverneur Hospital on the Lower East Side. Morales recently visited the veteran activist and took a photo of him holding up a flier of the Guardians’ logo.