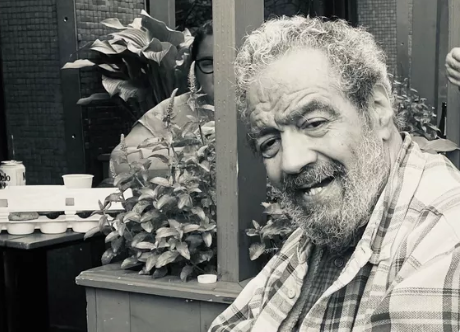 BY THE VILLAGE SUN | Carlos “Chino” Garcia, the legendary “godfather” of Lower East Side activism, remains in rehab in Upper Manhattan.

The CHARAS director is currently staying at Isabella House, in Washington Heights, at 515 Audubon Ave., which is connected to the Isabella Center for Rehabilitation and Nursing Care. He’s in Room 1373. The main phone number there is 917-563-2662 .

Friends are raising money through GoFundMe to help pay for Garcia’s ongoing medical care and housing and other expenses. As of Fri., Aug. 12, a total of $15,980 had been raised by 88 donors toward a goal of $100,000.

The GoFundMe page includes a nearly 5-minute video portrait of Garcia compiled by Melvin Audaz, in which the veteran activist talks about the history of CHARAS/El Bohio at the old P.S. 64, at E. Ninth Street and Avenue B. The group was evicted from the former school building in 2001 by a massive force of police after the East Village property was bought at city auction in 1998 by developer Gregg Singer for a bargain $3.15 million.

“The goal was to try to keep the building a community facility forever, for as long as the community exists,” Garcia states in the video. “My story is the history, basically, of the neighborhood, in some ways…because I was part of it. And I did my part as a resident of the neighborhood to help save as much as we can.”

Garcia said the legacy of the community’s activism dating back to the 1960s and on through CHARAS/El Bohio lives on today in other existing local institutions, like The Clemente cultural and education center on Suffolk Street (which also was founded in a former school building) and the Lower Eastside Girls Club on Avenue D, and also in newcomers’ appreciation for the neighborhood’s diversity and history.

As Bonnie Rosenstock reported for The Village Sun, this past May, as part of Lower East Side History Month, Garcia was among the “Loisaida Legends” honored at La Sala de Pepe in the East Village. At the event, the Puerto Rican activist recounted how he rose from a teenage member of the Cheyennes, a Lower East Side gang, to involvement with “sweat equity” building rehabs, pioneering solar and wind energy efforts for local tenements, the creation of La Plaza Cultural garden, the founding of CHARAS and, eventually, the group’s occupation of the old E. Ninth Street school building, which they dubbed El Bohio (“The Hut” in Puerto Rico’s indigenous Taino language).

Meanwhile, the old P.S. 64, two decades after its purchase by Singer, today forlornly continues to sit vacant — other than for flocks of pigeons that roost on its upper floors and teenagers who sometimes sneak in and post TikTok videos of themselves breaking stuff inside.

Singer has an ongoing, unresolved lawsuit against the city and the Department of Buildings — as well as other plaintiffs, including local “angel investor” Aaron Sosnick and the East Village Community Coalition — charging them with “tortious interference” for allegedly blocking his efforts to turn the place into a market-rate college dorm.

Correction: The original version of this article said that Isabella House is in the Bronx but it’s in Washington Heights.