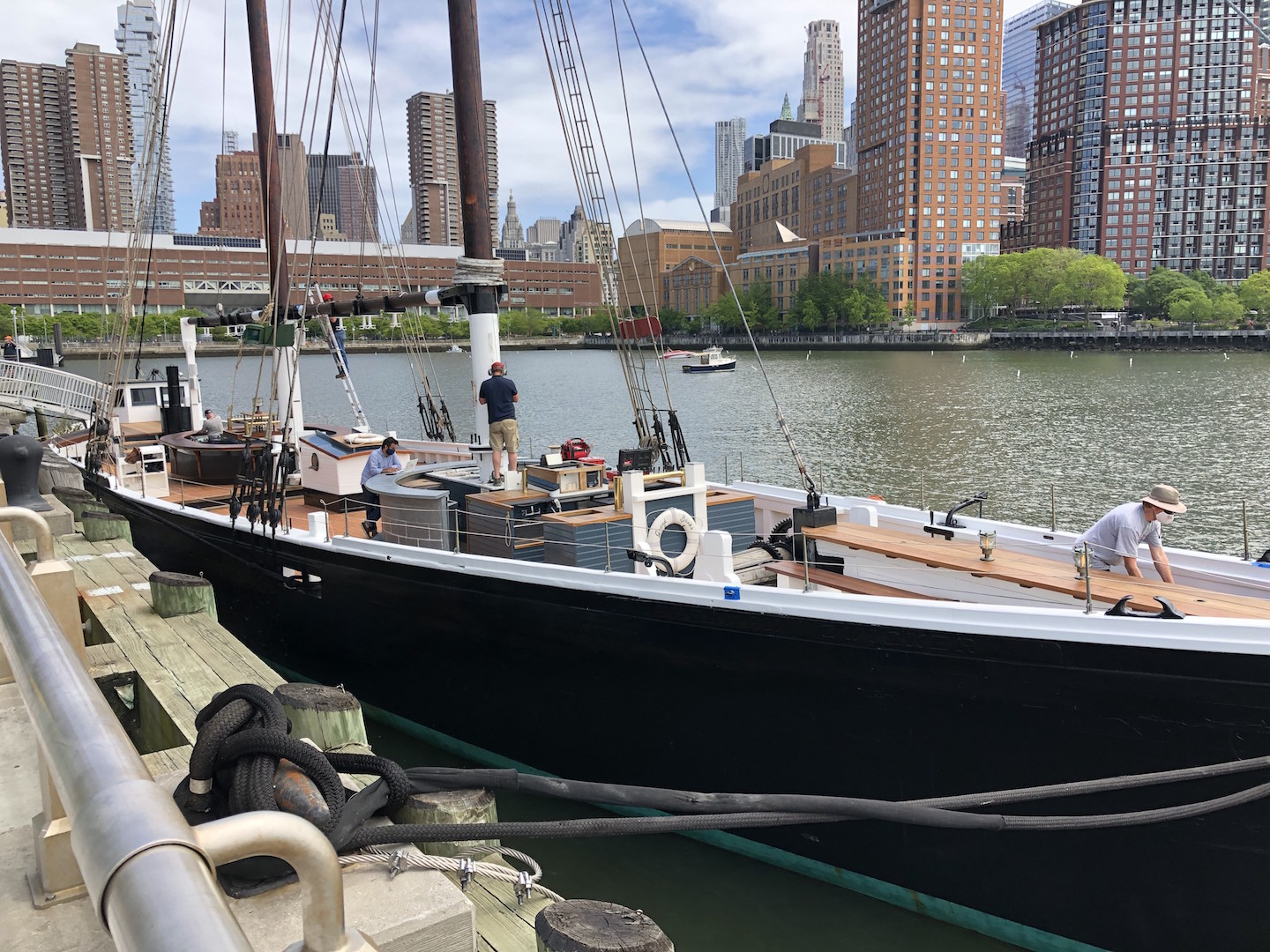 The Sherman Zwicker, home to the Grand Banks, is back at Pier 25 and doing takeout. (Photo by Milo Hess)

If you love oysters and live Downtown, your ship has come in!

Aquagrill in Soho sadly has closed for good, as The Village Sun recently reported. But, all is not lost, as the Grand Banks schooner sailed back to Pier 25 in Tribeca last week.

Crew members were getting it ready to offer “contactless takeout,” starting last Friday. You text an order and pick up your food and/or nautically themed cocktails within 15 to 20 minutes.

Grand Banks has plied the Tribeca pier the past few years, typically attracting lines of seafood lovers waiting to come aboard and enjoy its great atmosphere. It tends to draw an affluent young crowd.

The boat is quite a story in itself. Built in 1942, the Sherman Zwicker is the last original saltbank fishing vessel in existence. Once part of the proud Grand Banks fleet that fished the turbulent North Atlantic, it traded cod and salt throughout the Americas. Modeled on the famed Canadian fishing and racing schooner Bluenose, it’s currently the largest wooden vessel in New York City.

Grand Banks is open from 11 a.m. to 8 p.m. For more information, visit their Web site or e-mail hello@grandbanks.nyc .