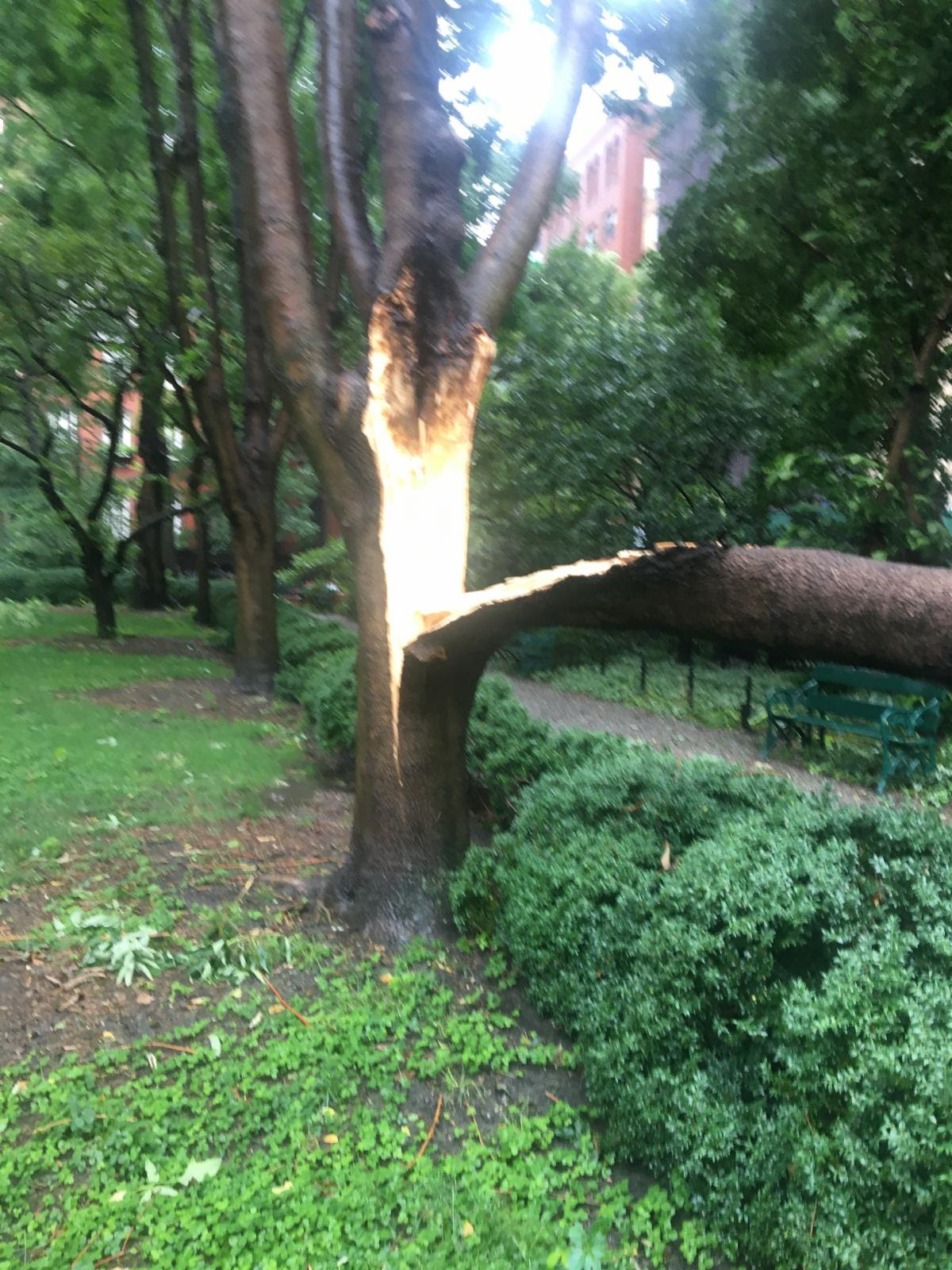 Pain in the ash: This ash tree on the northern side of Gramercy Park was split by Isaias. (Courtesy G.P.B.A.)

Tropical Storm Isaias took out a lot of tree-yahs in Gramercy Park.

Around 2:30 on Tuesday afternoon, the trustees of the historic park issued an e-mail storm alert announcing that the urban oasis has been closed until further notice due to extensive tree damage.

The storm’s high winds downed many large branches throughout the park.

In addition, an ash tree on the park’s north side was split in half.

Another ash tree was knocked down near a patch of viburnum shrubs.

A bench was broken on the park’s north side.

A fringe tree was felled at the park’s west gate.

And the park’s largest pink magnolia was also a victim of Isaias’s wrath.

“We have contacted our tree experts, who are overwhelmed with safety calls through the city, and their crew are trying to get here tomorrow to survey the damage and possibly clear the sidewalk,” said Arlene Harrison, president of the Gramercy Park Block Association.

According to Mayor de Blasio, at least 2,000 tree branches were down or badly damaged around the city by the storm. Most seriously, a man was killed in Queens when a tree toppled onto a car he was in. In Brooklyn, a woman was reported in critical condition after being hit by a branch.

Due to the high winds, de Blasio said the Verrazzano Bridge had been closed while the George Washington Bridge was put under “serious restrictions.”