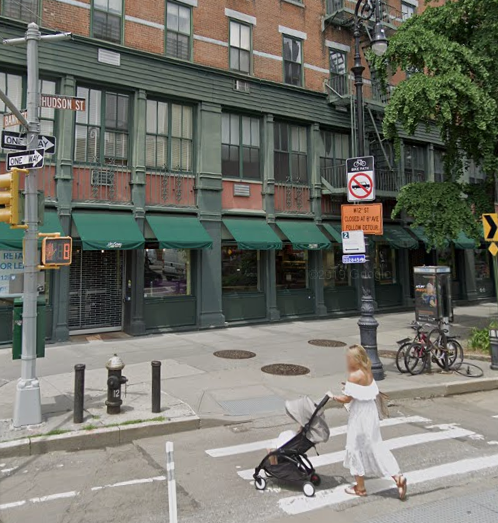 BY MICHELE HERMAN | The large storefront at Hudson St. between Bank and Bethune that’s been looking increasingly forlorn since Mrs. Green’s food market hastily abandoned it in late 2016 will soon spring back to life with a new food store that will be part of the small Gourmet Garage chain.

There are currently three Gourmet Garages — down from four when the Village store at Seventh Ave. South and 10th St. closed in late 2018. All of them were bought by a chain called Village Supermarkets Inc., which owns and operates 30 ShopRite supermarkets, mostly in New Jersey, and was looking to dip a toe into the New York market.

The lease has been signed, but the new owners are still finalizing the concept for the Hudson St. store, and are not yet sure if it will be called Gourmet Garage or whether it will be new and different enough to warrant a new name.

According to Perry Blatt, director of marketing and business development for Village Supermarkets, the new West Village store will take full advantage of the two-level space. At street level, plans call for a big and inviting place where customers “can grab coffee, pastry, sushi, artisanal sandwiches, salads, soups, poke bowls” and sit down to eat.

Much of the fresh-baked goods are likely to come from Orwasher’s bakery, which Gourmet Garage already has a partnership with.

Also at street level there will be high-quality perishables, including meat and produce. The new owners also hope to have some outdoor seating.

The basement will be a compact grocery store.

“We’re planning to offer grocery essentials that everyone in the city needs, for a really good value,” Blatt said. “We have more buying power than a three-store chain, which means we can do better retail than you’re used to, which will make folks in the area that are price-conscious happy. It’s a tight space, but we have a plan to carry the absolutely quintessential right items. We will also listen to customers.”