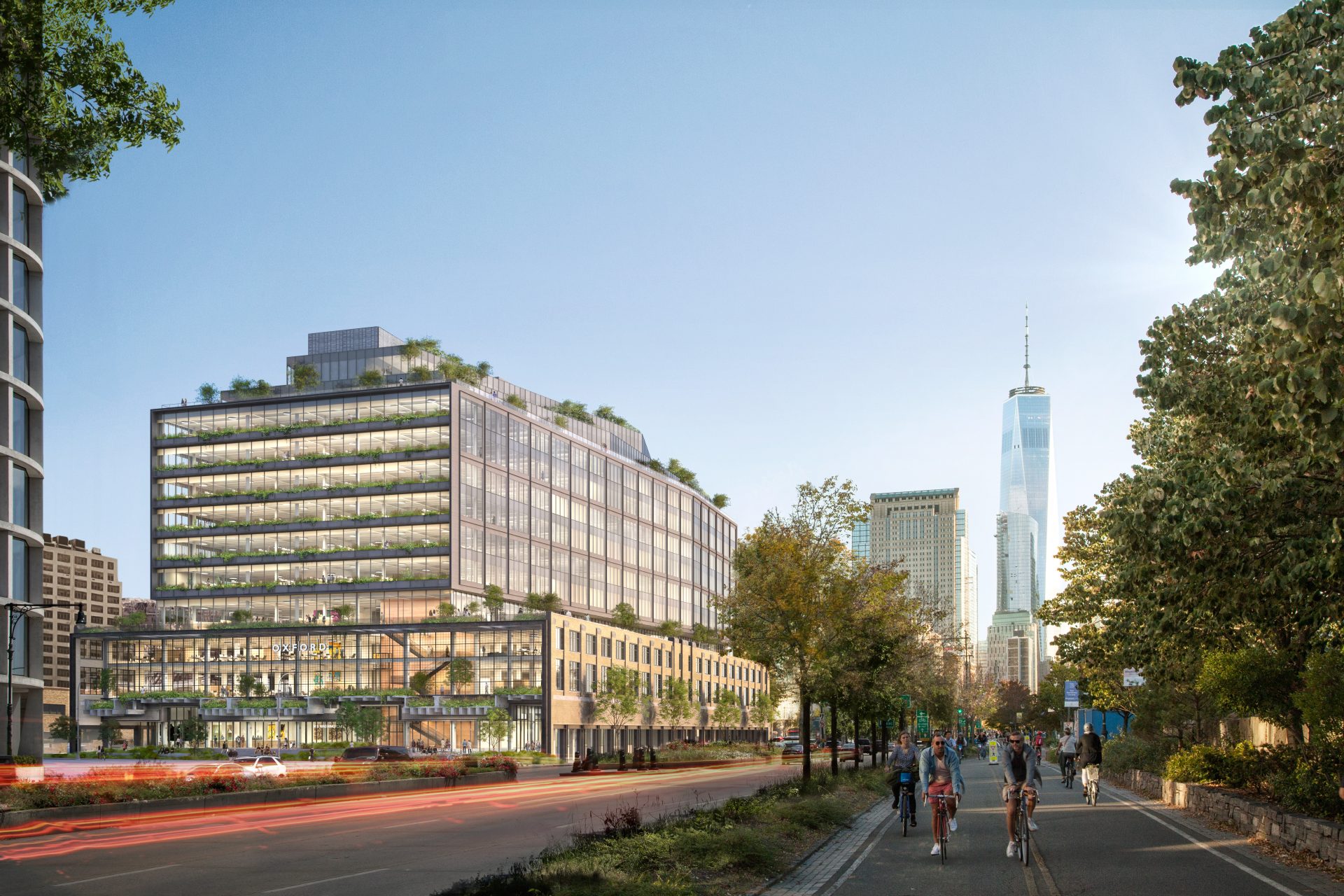 BY THE VILLAGE SUN | Google is gobbling up the vertically expanded St. John’s Terminal site in Hudson Square.

The property is currently owned and being developed by Oxford Properties, the real-estate arm of the Ontario, Canada, pension plan. The former 1930s freight-rail terminal for the High Line, at 550 Washington St., at West Street, has been gutted and a 12-story office building is being constructed on its site.

Google previously had agreed to lease the new building but now will buy it for an astronomical price.

In a “company announcements” internal memo to employees, Ruth Porat, the C.F.O. of Google and parent company, Alphabet, confirmed the news.

“Google has been fortunate to call New York City home for more than 20 years, during which time we have grown to 12,000 employees,” she said, in part. “It is why we’re announcing today that we are deepening our commitment to New York and intend to purchase the St. John’s Terminal in Manhattan for $2.1 billion, which will serve as the anchor of our new Hudson Square campus.”

While noting that Google is transitioning toward “a more flexible hybrid approach to work,” the C.F.O. added that “coming together in person to collaborate and build community will remain an important part of our future.”

The decision to buy the St. John’s Terminal, Porat said, builds upon Google’s existing plans to invest more than $250 this year in its New York presence.

As part of its 1.7-million-square-foot “Hudson Square campus,” the company is also leasing properties at 315 and 345 Hudson Sts. It’s expected that the St. John’s building, Google’s anchor site in Hudson Square, will open by mid-2023.

The tech giant’s Hudson Square hub will be the headquarters for its Global Business Organization, including its sales and partnership teams. The St. John’s sale will close in the first quarter of 2022.

The St. John’s Terminal site, the memo said, “is being reimagined into a highly sustainable, adaptable and connected building. Its biophilic design connecting people more closely to nature will add numerous outdoor open spaces and reconnect the Hudson Square neighborhood to the waterfront. The building will also offset 100% of its carbon in support of Google’s ambitious carbon goals.”

The Washington Street project was designed by COOKFOX Architects.

In addition, Google will have office space at Pier 57, at W. 16th St. in Chelsea, which is expected to be completed next year.

Over all, Google hopes to grow its New York City workforce to 14,000 in the coming years.

Since 2005, Google has provided more than $170 million in grant funding to nonprofits in New York. In the Hudson Square neighborhood, specifically, the company is supporting the new Jackie Robinson Museum, opening next year, with a grant to help deliver new educational programming for students.

Also in Hudson Square, Google has provided grant funding to the Children’s Museum of the Arts to help launch new digital programming for childhood arts education, and to God’s Love We Deliver, which offers free meals and services for those living with H.I.V./AIDS, cancer and other serious illnesses.