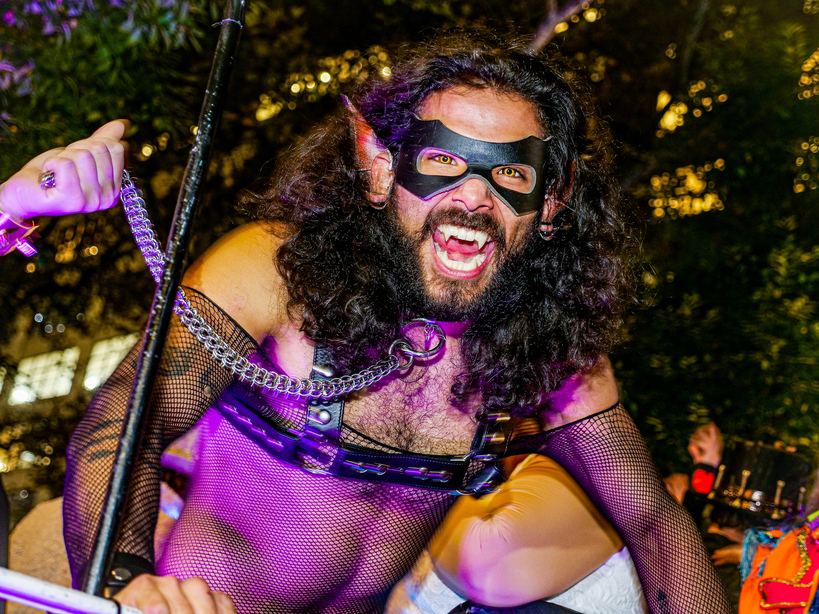 BY THE VILLAGE SUN | The 49th annual Village Halloween Parade wended its way up Sixth Avenue, revelers’ spirits undampened by some light rain. This year’s theme was “Freedom,” which everyone can definitely appreciate after the COVID pandemic.

As usual, there were ghouls, goblins and witches — some of them overtly political, urging people to vote in the midterm elections. Mixed amid the “Thriller”-era M.J.’s, giant puppets with movable arms, dancers, roller skaters and marching bands were some vehement anti-vaxxers and Biden critics. As usual, something for everyone.

However, marring the evening with gun violence, after the parade, around 11:15 p.m., a 21-year-old Brooklyn man was shot once in the lower back near Union Square, at Broadway and 13th Street, according to police. Police said the victim, who is likely to survive, is not answering questions.

ABC News reported witnesses heard five or six shots; but a police spokesperson told The Village Sun only one bullet-shell casing had been recovered as of midday Wednesday.