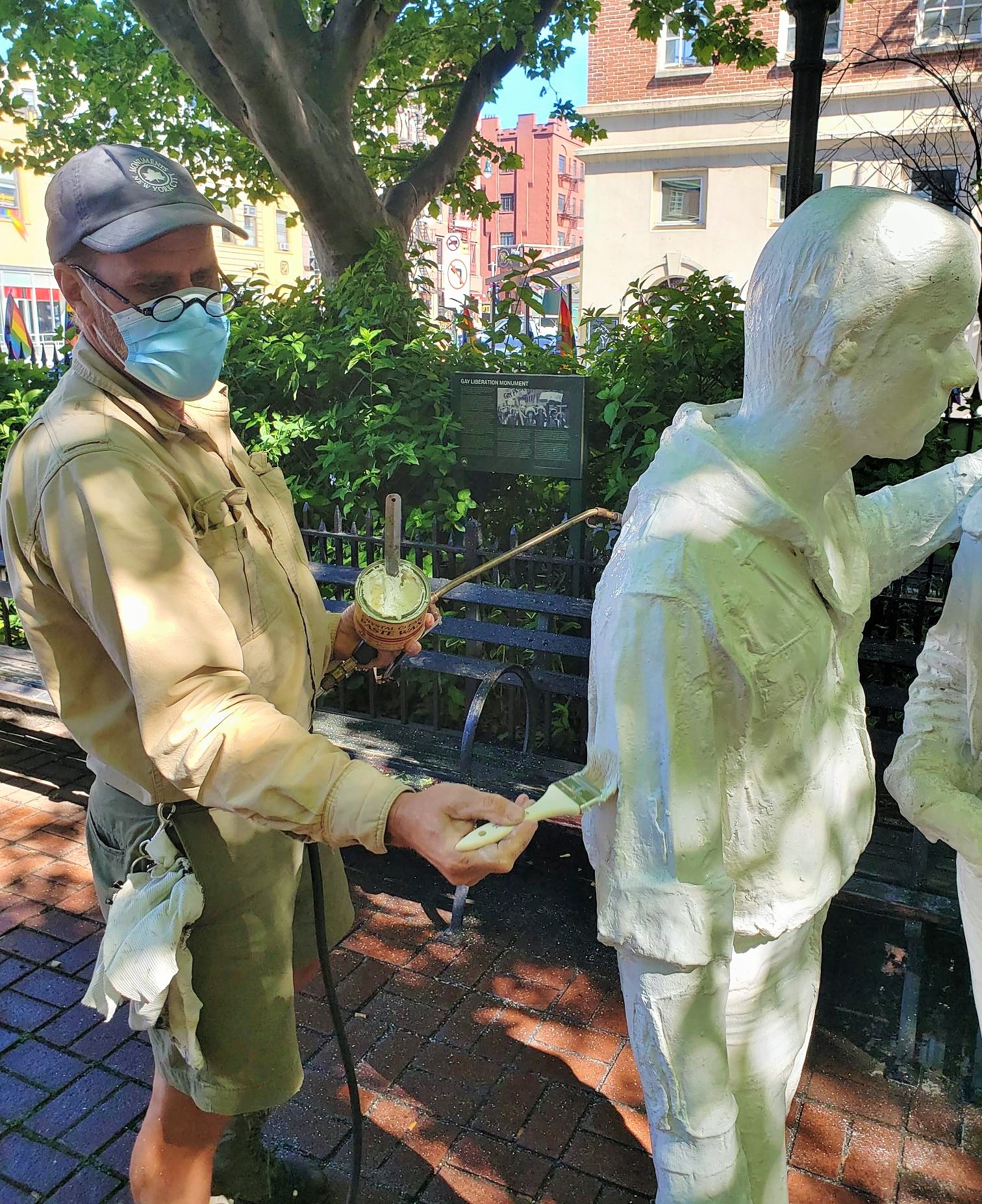 Conservator John Saunders applied a special white lacquer-and-wax coating to George Segal's bronze sculpture in Christopher Park. The coating is then heat-sealed onto the monument with a blowtorch. (Courtesy NYC Parks Department)

A few days before Gay Pride Weekend, the Parks Department did its annual care and preservation of George Segal’s “Gay Liberation Monument” in Christopher Park.

After cleaning the four figures and the two steel benches that are also part of the sculpture, Saunders and Rosen renewed the protective artwork’s white coating by heating the bronze and applying a specially formulated lacquer-and-wax finish infused with titanium white pigment. The benches were also repainted with black paint.

In addition, the Parks Department staffers took the opportunity this year to train a couple of National Park Service field workers in methods and practices of preserving the sculpture.

Dedicated on June 23, 1992, the monument commemorates the 1969 Stonewall Riots at the nearby Stonewall Inn, the birthplace of the Gay Pride movement. The figures feature Segal’s signature white coating.

In 2016, Christopher Park and the “Gay Liberation Monument” were federalized as part of the Stonewall National Monument, becoming the first U.S. national monument dedicated to L.G.B.T. history.