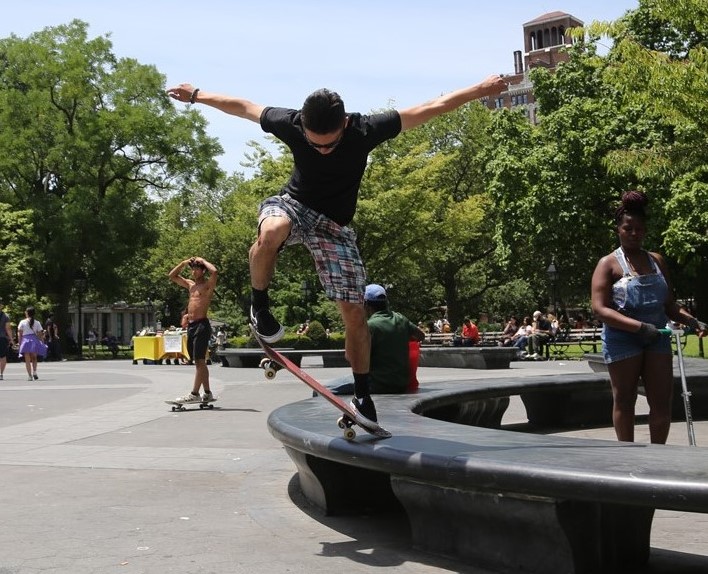 A skateboarder slammed tricks on the park’s fancy black benches. The stylish seating was a centerpiece of the park’s $31-million, six-year reconstruction completed in 2014, led by George Vellonakis.

The landscape designer was spotted at the recent big police-community meeting at Our Lady of Pompeii Church about the park and its curfew.

Speaking of which, someone had defiantly spray-painted “NO CURFEW IN OUR PARK!” in large white letters on the pavers near the fountain.

As first reported by The Village Sun, according to a reliable source close to the Police Department, after Gay Pride festivities wrap up this weekend, word is that cops plan to start enforcing the park’s long-standing midnight curfew as of Monday.