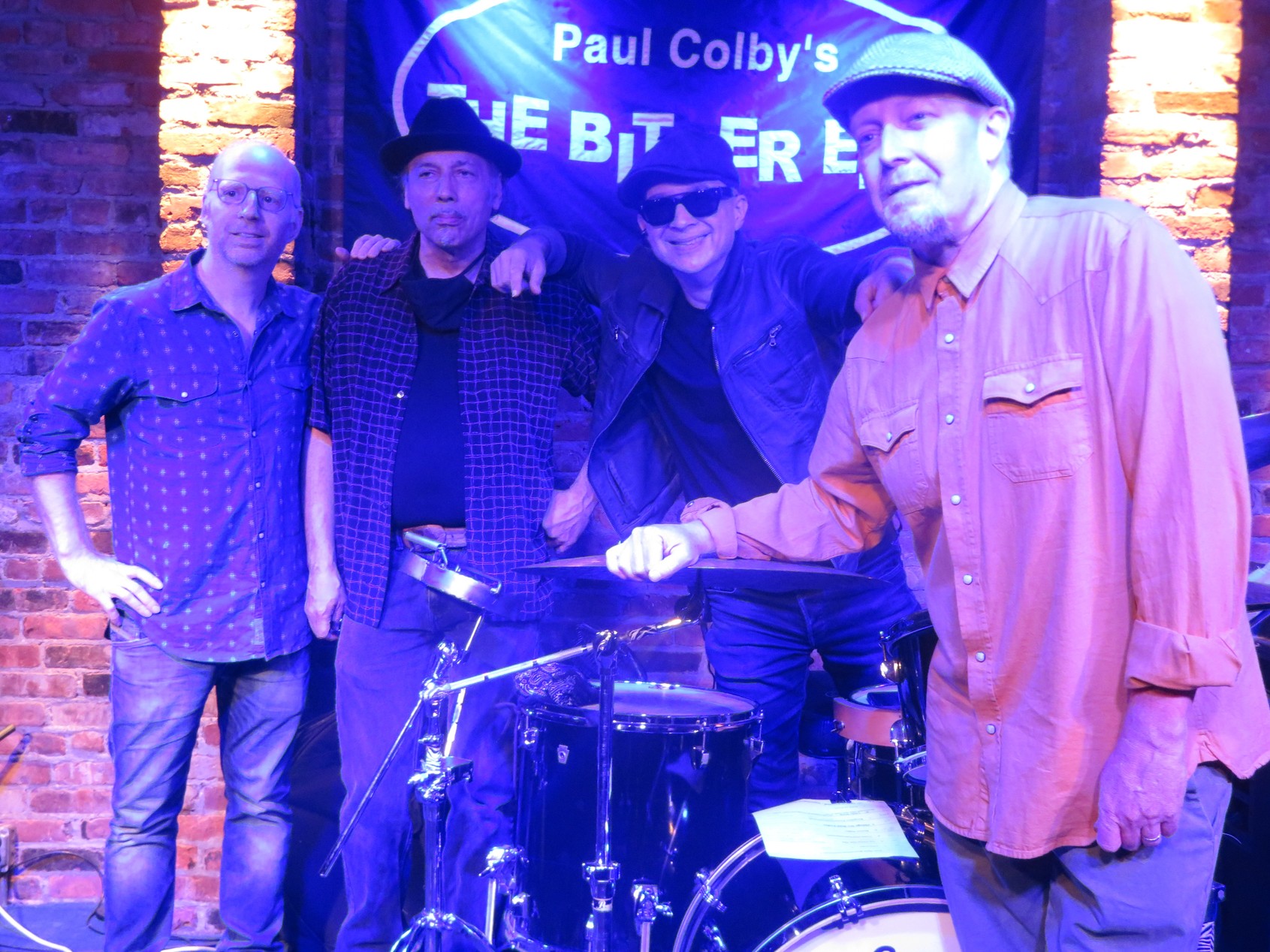 For the love of music: SuperMoon all-stars rise at Bitter End

BY EVERYNIGHT CHARLEY CRESPO | SuperMoon is a supergroup that is unknown to most music fans. Vocalist/keyboardist Jeff Kazee, guitarist Oz Noy, bassist Tony Garnier and drummer Shawn Pelton have numerous other projects commanding their calendars, so the four musicians can play together only two or three times each year.

When the New York area-based musicians can align their schedules, they book a night on a local stage, usually at the Bitter End.

SuperMoon has not followed a familiar rock star path. The quartet has not recorded together nor made any videos nor opened any social-media accounts. The band’s existence is nearly invisible.

Yet, for those in the know, SuperMoon’s rare appearances are as special as nature’s supermoon, when the moon is closest to Earth. Perhaps coincidentally, this year’s full supermoon occurred on May 26, one day before the band SuperMoon performed at the Bitter End.

Noy, who before for the pandemic had a years-long Monday-night residency with his jazz-funk fusion band at the same club, tailored his speedy guitar licks for the occasion, leaning more to rock than jazz.

Garnier, who has been Bob Dylan’s bassist for about 20 years, gave the music its appropriate thump.

Pelton, who has played in the Saturday Night Live Band for nearly 30 years, bounced on his drum stool as he laid down the beats, looking like he had landed in his happy place.

SuperMoon performed a few original instrumentals, but much of the set was comprised of cover songs that were reinterpreted and extended with jams. The set started with Thelonious Monk’s “Five Spot Blues,” followed by a modernized version of the vintage blues song “Chevrolet,” titled “Can I Do It for You” when first recorded in 1930.

SuperMoon also covered the Beatles’ “Things We Said Today” and three Jimi Hendrix Experience songs. The musicians also stretched out on “Boogaloo Fever,” which Noy recorded on one of his own albums.

The show ended with Stevie Wonder’s “Higher Ground.” None of the songs sounded like the original recordings of the song. This was the band’s intention.

The SuperMoon concert was not designed for flash or commercial appeal. Unlike their revenue-generating musicians-for-hire studio and tour work, this performances was simply a grouping of four musicians doing what they love to do.

An appreciative fan in front reached up to the stage and left the musicians a tip on her way out; Kazee, in turn, gave the money to the bartender. Again avoiding the rock star path, this night was all about the love of music and nothing else, for both the musicians and the audience.