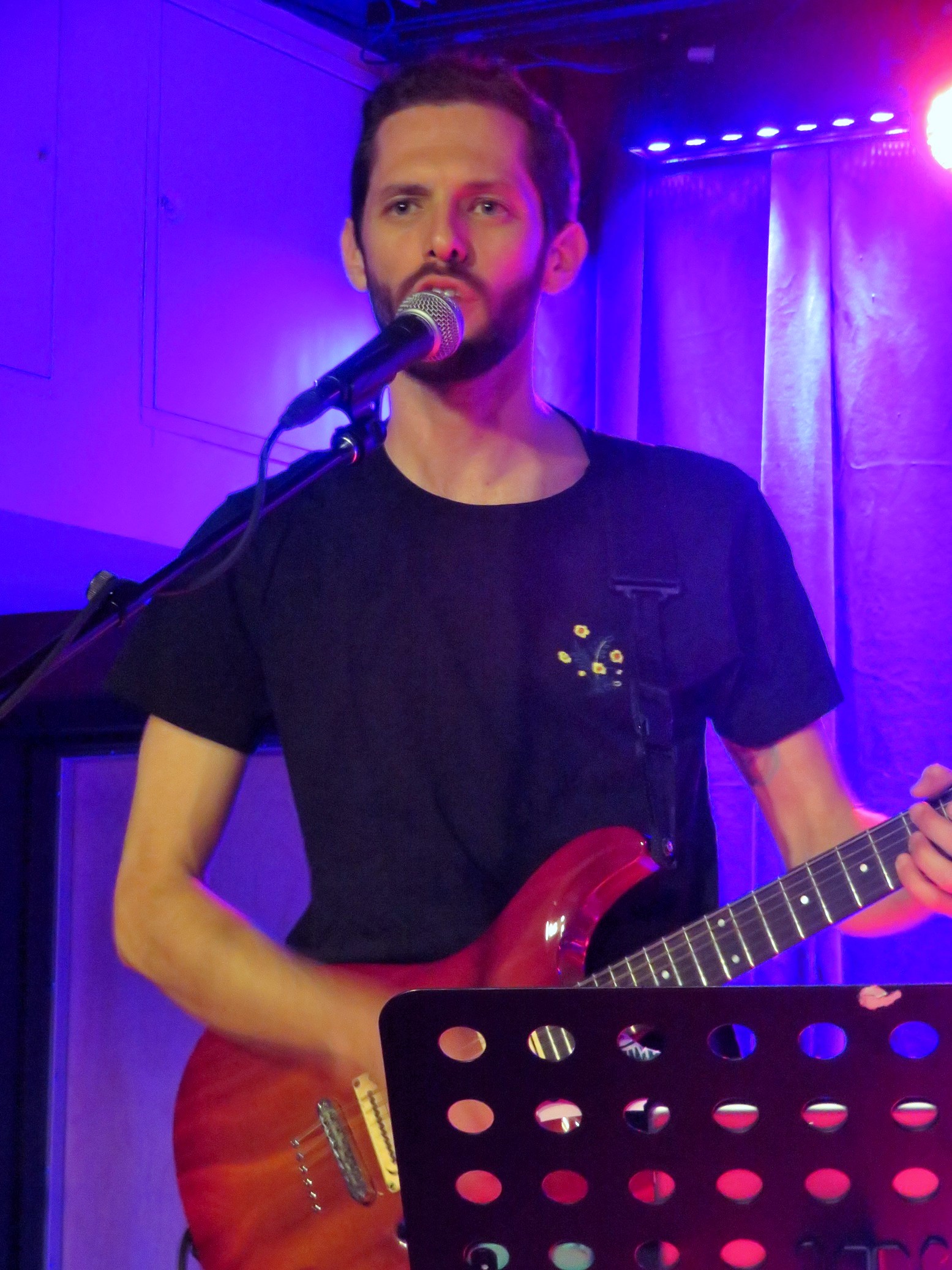 Sam Ellner and Fondude were cooking at The Loft. (Photo by Everynight Charley Crespo)

Fondude sizzles at The Loft

BY EVERYNIGHT CHARLEY CRESPO | On its social media, Fondude describes itself as a bar mitzvah-funk / dessert band. Mostly, that only tells us that the band has a sense of humor.

Over all, Fondude has very little else to say on the Web. The band seems not to have its own Web site and its social media says close to nothing about the band history or about the individuals.

Several live videos can be found that show the band in various combinations of players over the past five years, with the core of the band being guitarist Sam Ellner and drummer Jonathan Buchberg.

Except for a brief visit from the saxophonist from the opening band, Dodongo, Fondude performed as a trio at The Loft at City Winery at Pier 57, with Ellner, Buchberg and a new bassist, Jordan Mendelson.

Fondude’s performance was well-anchored by three equal parts rather than a vocalist/guitarist backed by a rhythm section. As the show progressed, the bassist deepened some dark fuzz on his five-string bass and regularly changed his scales and patterns mid-song.

Similarly, the drummer never locked himself into one rhythm, letting innovation and imagination be his guide. In that sense, Fondude proved to be a true jam band, whereby all three musicians led the others at different points of a song.

Because of the manner in which the musicians improvised together, a song would start one way and morph into other songs very easily. Unlike other jam bands that experiment with jazz or jamtronica, Fondude kept the instrumentals rocking.

A cover of the James Gang’s “Funk #49” drifted into instrumental jams, then returned as the Velvet Underground’s “Rock and Roll,” which again led to an instrumental jam that became ZZ Top’s “Sharp Dressed Man.”

Fondude kept the front line of fans dancing, sometimes faster, sometimes slower. Ellner was a moderate vocalist and did not forcibly project his voice over the instrumentation, so the lyrics served mostly as melody lines. Even when he asked the audience to sing along on a song he wrote for his girlfriend, it took a minute to decipher the chorus as “Get off TikTok.” Thus, Fondude proved itself as a party band — with a sense of humor.