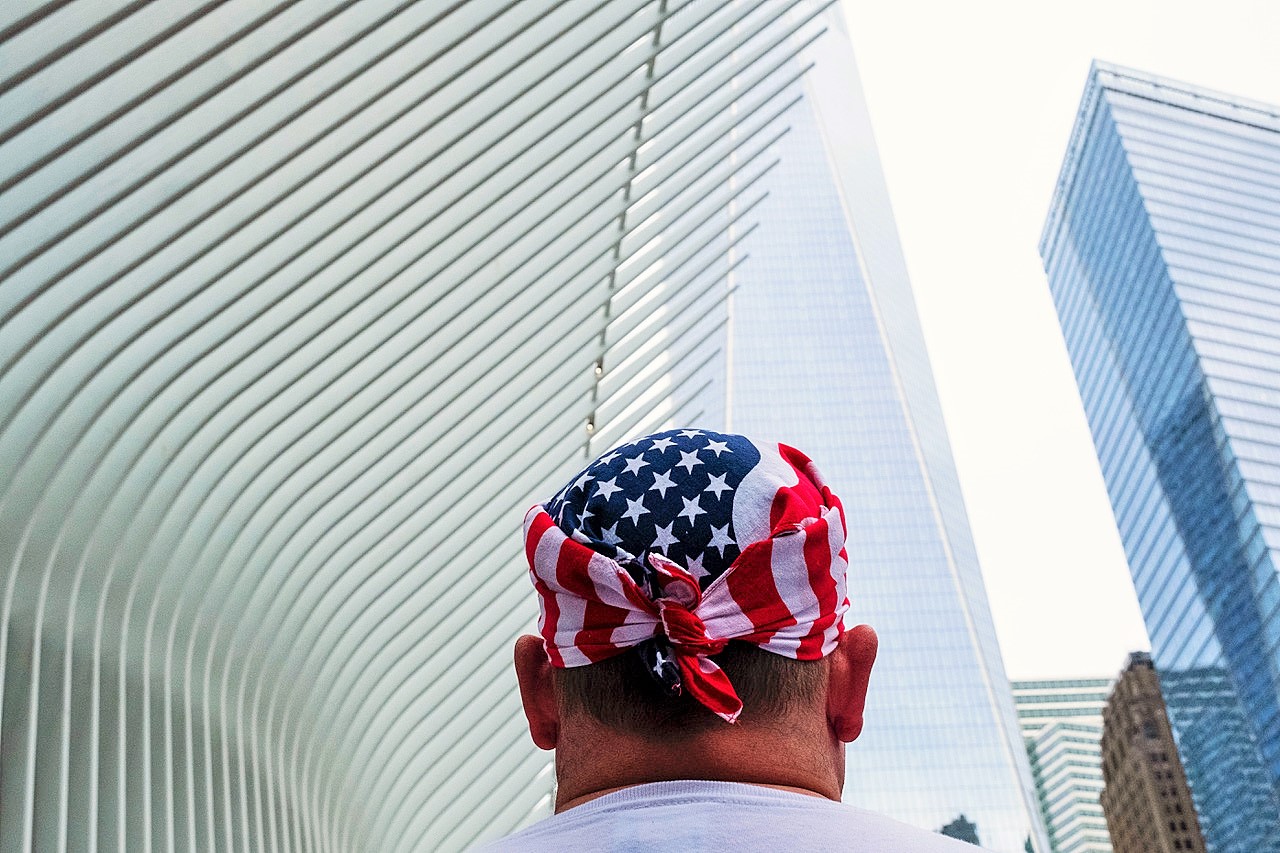 Flowers and prayers for the fallen on 9/11 anniversary

BY THE VILLAGE SUN | Sunday at the World Trade Center was a bit more subdued than last year’s benchmark 20th anniversary of the 9/11 attack.

The crowds were smaller — yet the feeling of loss for family members and friends of the victims was no less painful.

Loved ones came bearing flowers and also sometimes wearing shirts with 9/11-themed or patriotic images on them.

Joseph, 39, wore an American flag bandana on his head and a flag T-shirt. He had been in the area of the World Trade Center the day of the unthinkable disaster in 2001.

Another man stood solemnly wrapped in a blue-and-yellow Ukrainian flag. It wasn’t clear what his connection was to the devastating terrorist attack. However, photographer Q. Sakamaki — who has covered conflict zones around the globe — said it only shows that “war is everywhere.”

The night before, the inspirational, annual Tribute in Light had beamed up from near the World Trade Center into the darkened sky.