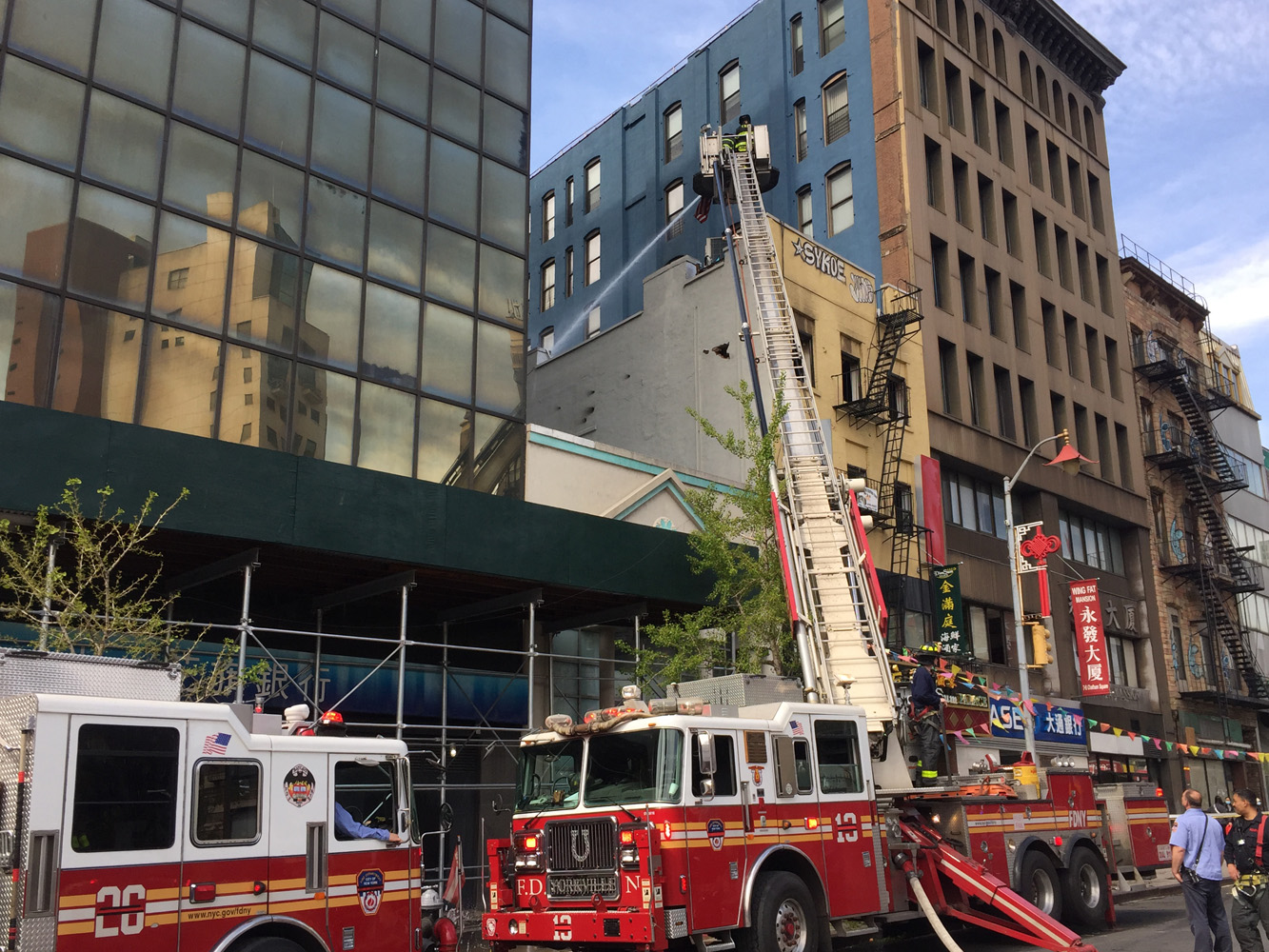 On Sunday afternoon, firefighters continued to soak 6 Chatham Square with water after the fire had been brought under control. (Photo by © Jefferson Siegel)

BY JEFFERSON SIEGEL | Shortly before midnight on Saturday, a fire broke out in the Dim Sum Palace restaurant in Chinatown. Within two hours the fire, which had spread to the building’s second floor and rear, reached five alarms — the highest-level alarm.

On Sunday afternoon firefighters continued to pour water onto the roof of the building.

The 1913 structure at 6 Chatham Square has seven apartments above the ground-floor restaurant. No injuries were reported to any residents. The cause of the fire is under investigation.

This was the second major Chinatown fire in the past few weeks. On April 15, an elderly woman and her adult son died in a fire on Mulberry Street. Two firefighters were injured in that blaze.