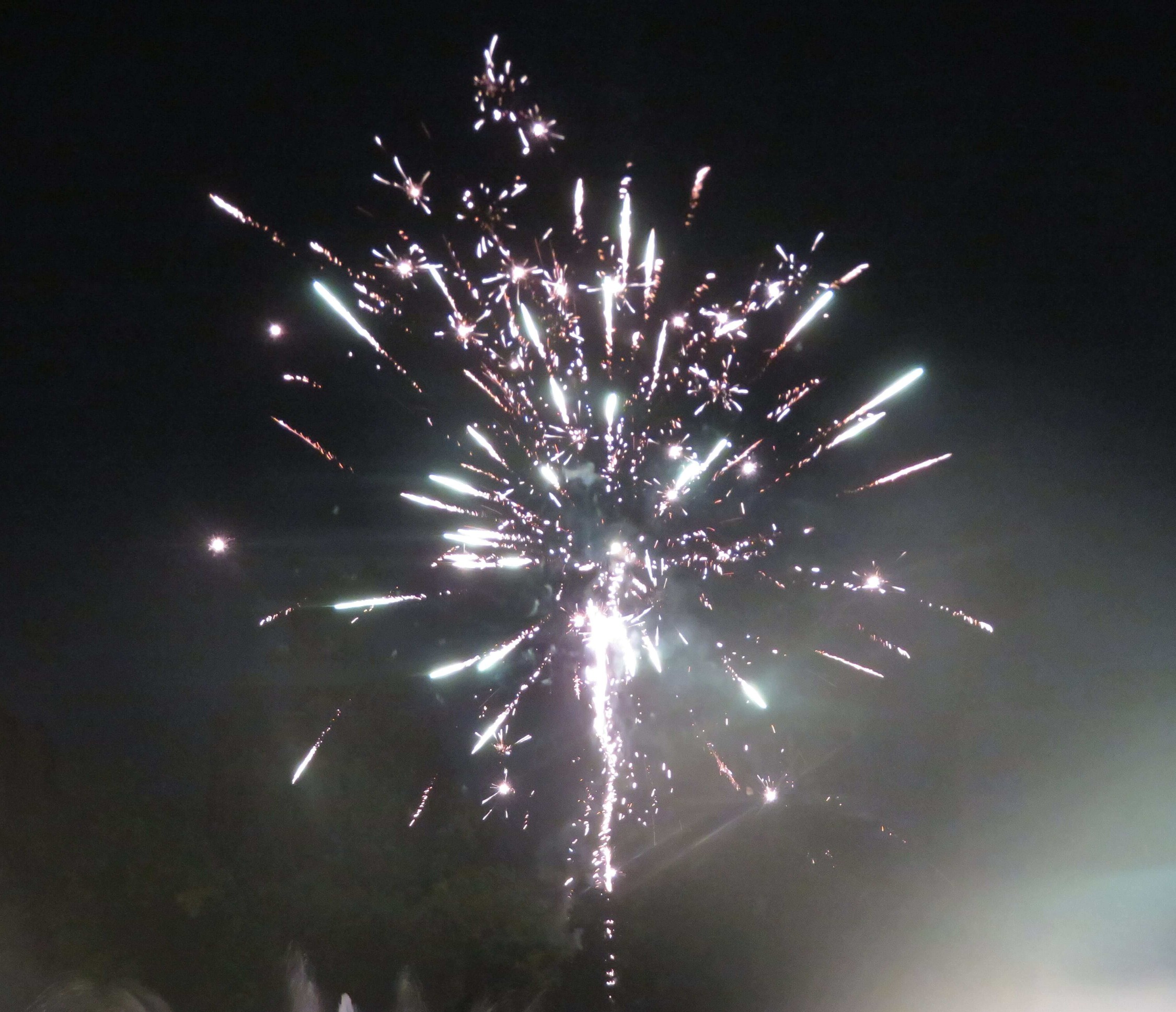 Fireworks are standard in Washington Square Park nowadays. Pride weekend saw them in the park on both Saturday and Sunday night. (Photo by Everynight Charley Crespo)

Everynight Charley Crespo got his name for going out to music shows nearly every single night. He’s also out on the streets and in the parks — looking for music — nighttime, as well.

Here are some of the night sights he saw this past weekend in Washington Square Park, where people gathered after Pride marches on both Saturday and Sunday.

Even more than what has become usual, the historic landmark green space, in some ways, had the feeling of an amusement park.

As has been done during Pride for at least a decade, there were some street closures in Greenwich Village for public-safety reasons, such as to preserve the ability of an ambulance to get to someone through a major crowd. Christopher St. west of Hudson St., for one, was blocked off.

But Hudson River Park was open during normal park hours in Greenwich Village and Chelsea, including Pier 45 (the Christopher St. Pier) and Pier 46. In the waterfront park’s Village section, the Drift In restaurant and one bathroom building were closed. So were the westernmost ends and northern walkways of both Piers 45 and 46, again for public safety.

According to the Hudson River Park Trust, the piers and “upland” part of the park were packed well into the night.