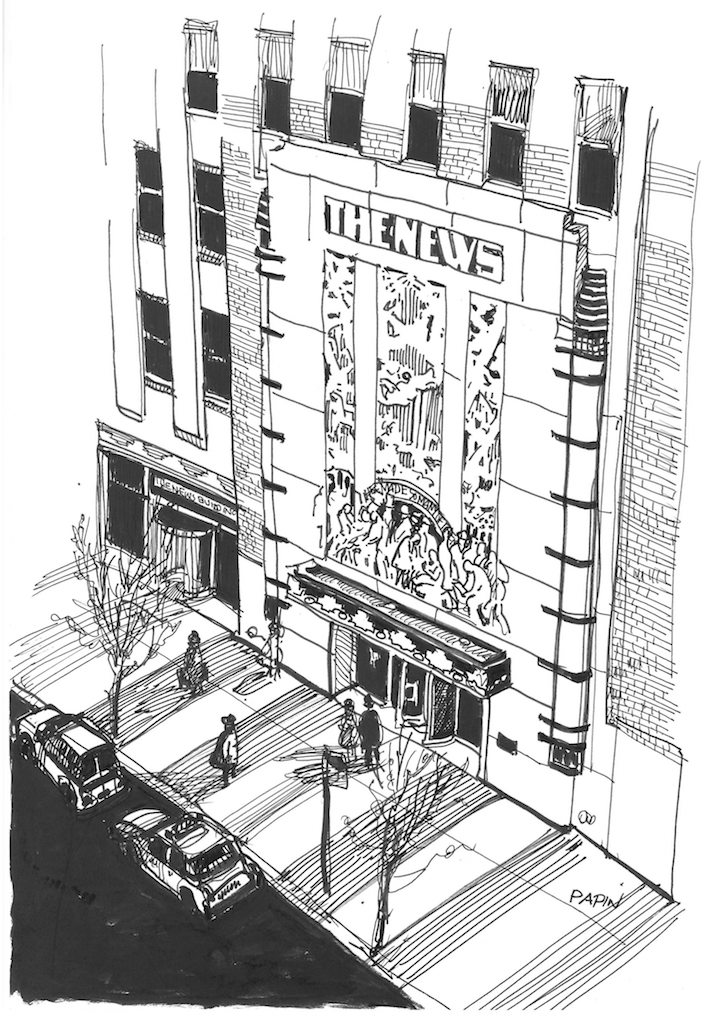 Extra! … is what Daily News considers its newsroom during pandemic

BY THE VILLAGE SUN | What would Pete Hamill say?

Just a week after the legendary New York City tabloid newsman died at age 85, the Daily News on Wed., Aug. 12, announced it was closing its newsroom.

With the news, the paper immediately shuttered its offices in New York Plaza, down by the Battery in the Financial District. Staffers, though, will have until the end of October to clear out their personal belongings.

“Out of an abundance of caution we do not anticipate having employees that can work remotely coming back into the office for the remainder of the year and into 2021,” said Max Reinsdorf, a spokesperson for Tribune Publishing. “With no clear path forward in terms of returning to work, and as the company evaluates its real estate needs in light of health and economic conditions brought about by the pandemic, we have made the difficult decision to permanently close the office.”

The paper will continue to publish while its staff work remotely.

Giving a glimpse of the iconic tabloid’s legendary newsroom back in its heyday, Jennifer Maxwell, a Village Sun reader, shared drawings by her late father, Daily News artist Joseph Papin, with the paper. He joined the News in 1969 and his career stretched until 1992.

“Joe Papin’s work encompassed the areas usually covered by photographers,” Maxwell said. “He covered most of the major U.S. trials for over two decades, the Watergate hearings, the United Nations and thousands of street scenes. He drew military and international subjects, concerts, parades, horse races, hospital emergency rooms and thousands of street scenes. His first love and compelling interest was drawing on-the-scene, where history happens.

“He worked to develop, enlarge and reassert the place of the reportorial artist in news coverage,” she said.

During his career, Papin won seven Page One Awards for Graphic Excellence in Journalism, as well as the New York Press Club’s Art Award for Reportorial Art/Courtrooms: Outstanding Artist of the Year. More than 4,750 of Papin’s courtroom drawings are at the Library of Congress. His New York City drawings are at Columbia University.

“Joe Papin drew voraciously, sketched everywhere he went, and shared his love of reportorial art with everyone he met,” his daughter said. “At the beginning of his career as a freelance artist in the latter half of the 1950s, he wandered the Bowery, drawing and recording the stories of the street people he met there. He also worked with the East Harlem Protestant parish, illustrating their work with the community and with the gangs in the area, and taught art classes to the youth.”

Papin’s work also appeared in The Herald Tribune, New York Times, Harper’s, Newsweek, Business Week, Forbes, Playboy and the National Review, among others, and he illustrated more than 45 adult and children’s books.