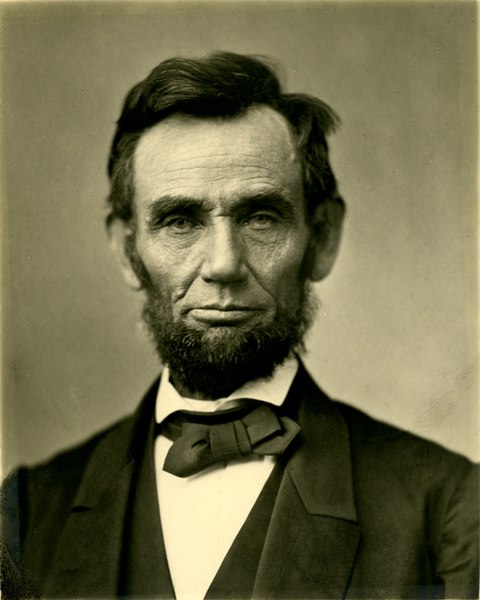 BY MINERVA DURHAM | I wrote this essay three years ago in honor of Presidents’ Day. The state of Missouri, where I grew up, still celebrates Abraham Lincoln’s birthday on Feb. 12. So do the states of California, Connecticut and Illinois. The Uniform Monday Holiday Act, enacted June 28, 1968, combined the celebration of Washington’s birthday with that of Lincoln’s to make one federal holiday.

Both of my parents ranted. When the mood struck her, my mother would hold forth, her voice bellowing, words flying out of her mouth and seeming to glide into every corner of every room in our house. There was no escaping her loud voice as she spewed out opinions, criticisms and accusations. Stories about her family were told over and over again as though they were as important and as morally instructive as myths from ancient times.

She spoke of famous dead artists, musicians and writers as though she had known them personally, and as though their fictional characters were real people who might materialize at any moment in our living room. Victor Hugo’s Jean Valjean and Quasimodo, the Hunchback of Notre Dame, Gaston Leroux’s Phantom of the Opera, Alexandre Dumas’s Count of Monte Cristo, as well as Butterfly, Pinkerton and their love child from “Madam Butterfly,” inhabited her world and seemed to be always on the verge of crashing into my world.

At an early age I tried to free myself from the power of my mother’s words, I refused to be defined by her interpretation of the life we knew in St. Louis in the ’40s and ’50s. I blocked her out. As her words entered my ears, I stopped thinking.

Happily, I discovered that her words couldn’t enter my eyes. I chose to look, not listen. I began to draw pictures of things. I wanted to see the world in my way. I became a visual artist. Literal-minded and not highly imaginative, I recorded the life around me with pencil and paper.

Our father didn’t live with us, so I didn’t encounter his rants until I was a grown woman, married with a family of my own. He and his girlfriend would come to dinner on holidays.

His diatribes, usually against living creatures, exposed his complete vulnerability. In the course of a few hours, as he drank more and more Tanqueray gin, his tirades easily ended with a threat to kill someone. No human being, I thought, should ever be as defenseless as my father was. Deep down he must have felt that life had dealt him an absolute defeat, so in his fantasy he took no prisoners. His only true friend was booze.

My mother’s theatricality clothed her disappointment. She knew she was entitled to more, but was imprisoned with her three daughters in reduced circumstances in a modest, puritanical, mostly Irish, middle class, Roman Catholic parish a block away from Our Lady of Lourdes grade school.

I began to attend school in the first grade. Early in the morning my sisters and I would walk to the schoolyard and run and scream and play until the bell rang. Then there was absolute silence as the children lined up double file by grade in the center of the yard. On cue, “Sisters,” our teachers, all of them nuns dressed in long black habits, their shaved heads covered with veils, led their students into the building through wide back doors in complete silence.

One day my classmate Kathleen asked me something as we stepped into the building. I answered, and Sister became angry.

“You two cannot come into class,” she said. “Wait out here in the hall.”

I was not used to being punished, so I began to whimper as I fought back tears.

When Sister came back out she could see that I had been crying.

“Minerva is sorry for misbehaving, “so she can come in now,” she said. “But you are not sorry, Kathleen, so you will have to stay in the hall.”

I envied Kathleen, I wished that I hadn’t cried, and I promised myself that I would never again cry at school.

In Catholic school the written word offered a tyranny greater than my mother’s spoken words. The catechism that we studied during religion class told us what to think and what to believe. Everything was written in a small book, about 5 inches by 8 inches, that presented questions in bold text followed by answers in plain text. We memorized what we were required to believe and we were drilled daily. There was no escape from the teachings of the Church. Once I could read, my eyes were invaded, and my heart and soul followed.

I was in the third grade when a new priest replaced Father O’Conner as leader of the parish. Where O’Conner had been old, thin, frugal and dour in his piety, Father Rogers was young, ruddy, plump and friendly. He brought a new and modern spirit to the parish, planning assemblies, sponsoring parades and picnics on holidays, and directing the music teacher and choirmaster, Professor Seltz, to choose girls as well as boys to sing in the church choir.

One day Father Rogers visited our classroom. Everyone stood up and recited in sing-song unison, “Good morning, Father Rogers.”

He sat at Sister’s desk under the clock, the American flag and the crucifix, facing us as we stood to the right of our desks that were arranged in five rows of six desks each.

We sat down and folded our hands, placing them on the tops of our desks, keeping them in full view of Sister, who stood to the side by the door, her eyes frequently darting from student to student to make sure that we behaved.

“Today we celebrate the birth of a famous president,” Father began. “His name is Abraham Lincoln. Does anyone know why Abraham Lincoln was a great man?”

I looked around the room to see if any of my classmates had shot up their hands to give an answer to Father’s question.

Of course I knew the answer. I had heard it a hundred times during my mother’s Lincoln rant: the tall, awkward, pragmatic man of deep moral convictions who had a way with words, puzzling everyone when he spoke of his “angel wife,” jotting down a few words on his way to give a speech to dedicate a Civil War battleground, and then astonishing everyone with the brevity and beauty of his perfect words. Oh, I could have drawn a picture of him for Father, had he asked for one: the top hat, the strangely trimmed beard, the deep lines creasing his face and underscoring the seriousness of his expression.

There were no hands in the air, so I reluctantly raised my hand.

Father looked at me. “Yes, you, the girl with blond braids in the center row. Tell me, do you know why we honor Abraham Lincoln today?”

I stood up to the side of my desk as tall and straight as I could, as I knew Sister expected me to, and I enunciated as clearly as I could, “He freed the slaves.”

I could see that Sister was relieved. I was sure that half of my classmates hated me for knowing the answer and that the other half grudgingly appreciated me. Now Sister would not be punishing us all for no one’s having known the answer.

Father Rogers smiled, a happy man. He glowed with moral righteousness, a pastor content that one of his flock was saved and that the others might have a chance of being saved, too.

For a minute, this event made everything in his life worthwhile: his having been the son his family chose to give to the Church, his continual denial of his sensual nature, the sexual restraint required by his vow of celibacy, his years of study and sacrifice, and his greatest pain of all, the deprivation of knowing the joy of fathering his own children.

I should have been happy, too. Deep down, though, I was as just as selfish as everyone else.

“What about me?” I thought.

Who would liberate me from the scorn of my older sisters, from the possessiveness of my mother’s love, from the strictness of the nuns, from school and homework, from the all-powerful God described in our catechism books who demanded that I love him more than I love myself?

Would I have to spend my whole life dipping my hand in holy water and making the sign of the cross; confessing to sins without ever having committed one; doing penance of 10 Hail Mary’s and five Our Father’s; bowing my head whenever I said the name of Jesus and kneeling from station of the cross to station of the cross for three hours every Good Friday reliving His Passion?

What about me, I wondered. Who would set ME free? And, if so, WHEN?

Durham is the owner of Spring Studio, offering life-drawing sessions, at 91 Canal St.