East Side, West Side, seniors assaulted while walking

BY THE VILLAGE SUN | According to police, two young thugs targeted an older man walking in the East Village, knocking him down and roughing him up.

Cops said on Thurs., Dec. 1, around 9:50 p.m., a 69-year-old man was walking on the sidewalk at 404 E. 14th St., when one of the attackers ran up behind him and punched him in the right side of the head, causing him to fall facedown onto the ground.

When the victim tried to get back up, a second assailant came up and kicked him in the back, causing him to fall down again.

Both creeps then fled southbound on First Avenue.

The victim sustained injuries to his head, legs and hands and was removed to Mount Sinai Beth Israel Hospital in stable condition.

The first suspect is described as around age 25 and 5 feet 9 inches tall, with a thin build and moustache, last seen wearing a black watch cap, a black jacket, gray sweatpants, gray sneakers and a backpack.

His sidekick was around the same age and height, but heavier, around 250 pounds, with a large build and a “chin strap”-style beard, last seen wearing a black doo-rag, a black jacket, blue jeans and gray sneakers. 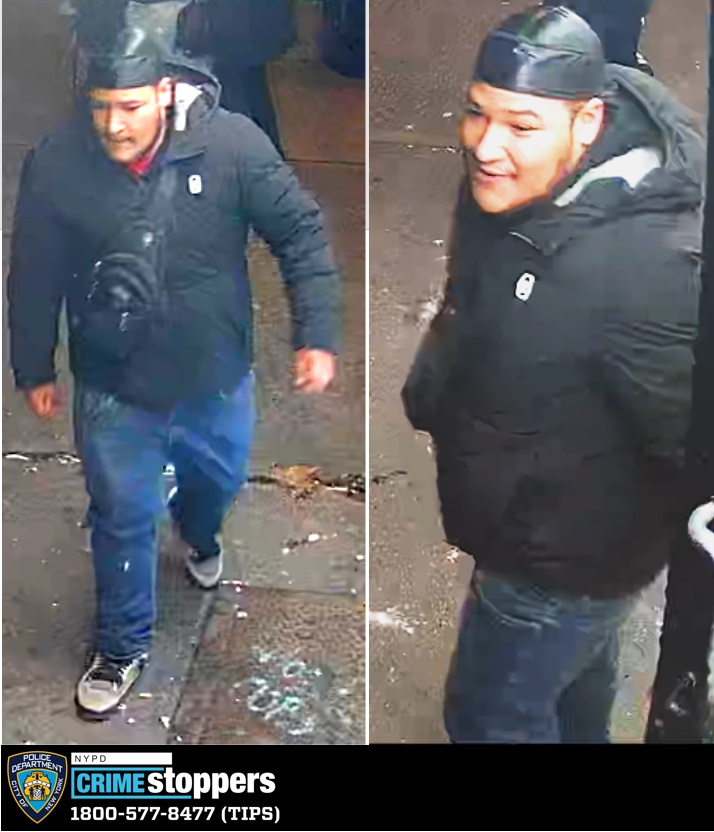 In an unrelated incident, police said that on Wed., Nov. 9, around 7:40 p.m., a 75-year-old man was walking at Bedford and Downing Streets in the West Village when an unknown person approached him from behind. The stranger pushed the victim to the ground and proceeded to drag him.

The attacker then fled on Downing Street toward Sixth Avenue. The victim suffered bruising to his head and sought medical attention by private means.

The suspect is described as having short black dreadlocks.