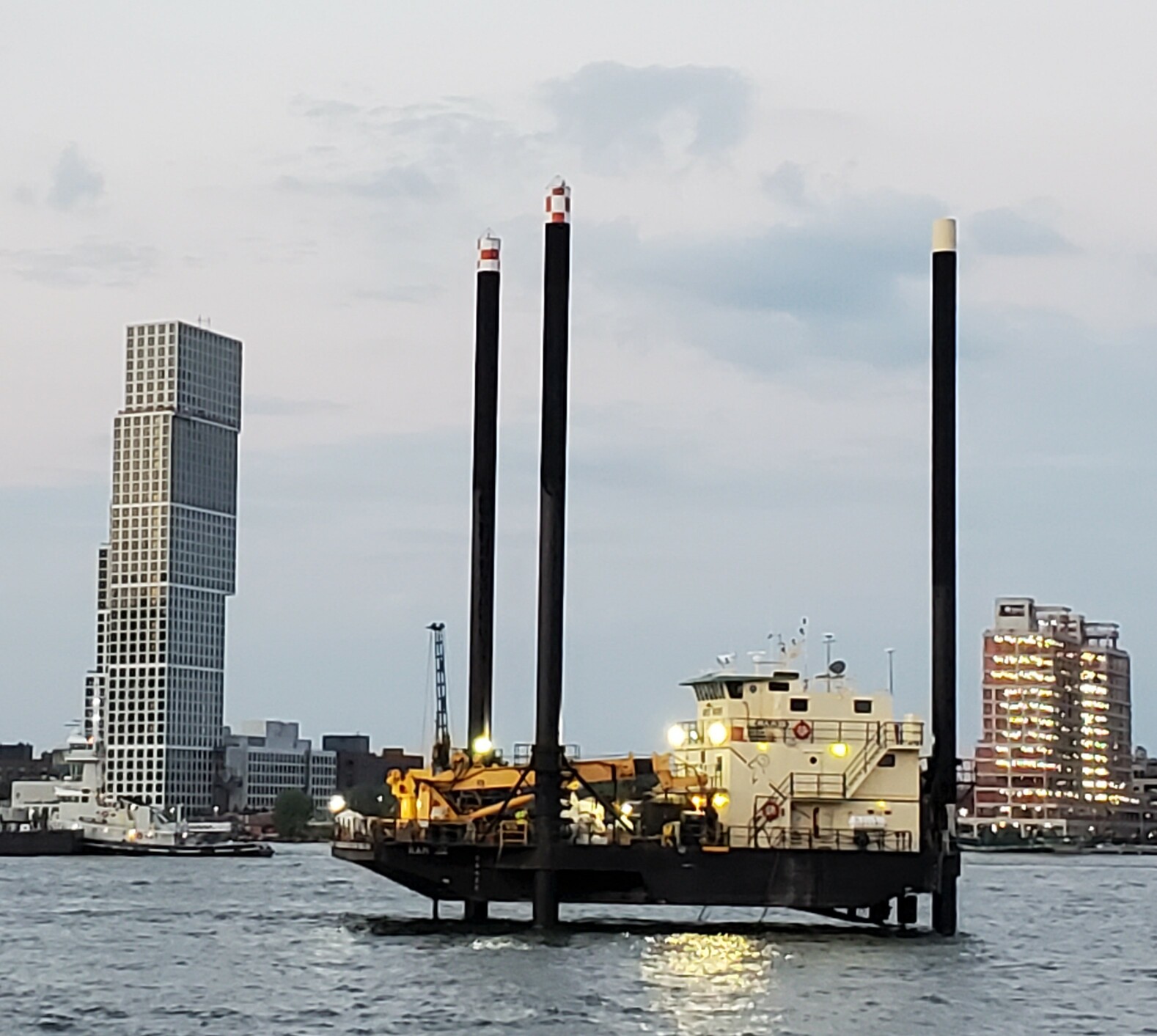 Everybody talks about “having a platform” nowadays. But now there’s one sitting right in the middle of the East River off of Stuyvesant Town, and it’s not exactly clear why.

The contraption sports three tall support piles, a deck, one or two cranes and a small building.

Speculation could be that the “Waterworld”-like structure is somehow related to the East Side Coastal Resiliency project. The contentious resiliency scheme will be barging in tons of landfill, materials and equipment to raise the site of the bulldozed East River Park by 8 feet to put it above the floodplain.

The city’s Department of Design and Construction, which is overseeing the E.S.C.R. work, said the platform is not related to the resiliency project — though did not immediately explain what its purpose is.

Local East River Park activists said they don’t know what the river platform is for, either. However, Tommy Loeb, a leading member of East River Park ACTION, said he thought he recalled seeing the structure “going by” in the river.

Former Councilmember Kathryn Freed couldn’t offer an answer either. But she said that’s the problem — the city isn’t sharing enough details about E.S.C.R.

“No one tells us anything!” complained Freed, who refers to the park’s clear-cut southern section as “the ex-park.”

Activists only recently found out, for example, that a massive “dewatering” project will be ongoing in the park — which was originally built on landfill — until further notice.

After this article’s publication, Loeb reported that at an E.S.C.R. Community Advisory Group meeting, a D.D.C. representative said they “have no idea what it is” but the platform is not theirs.