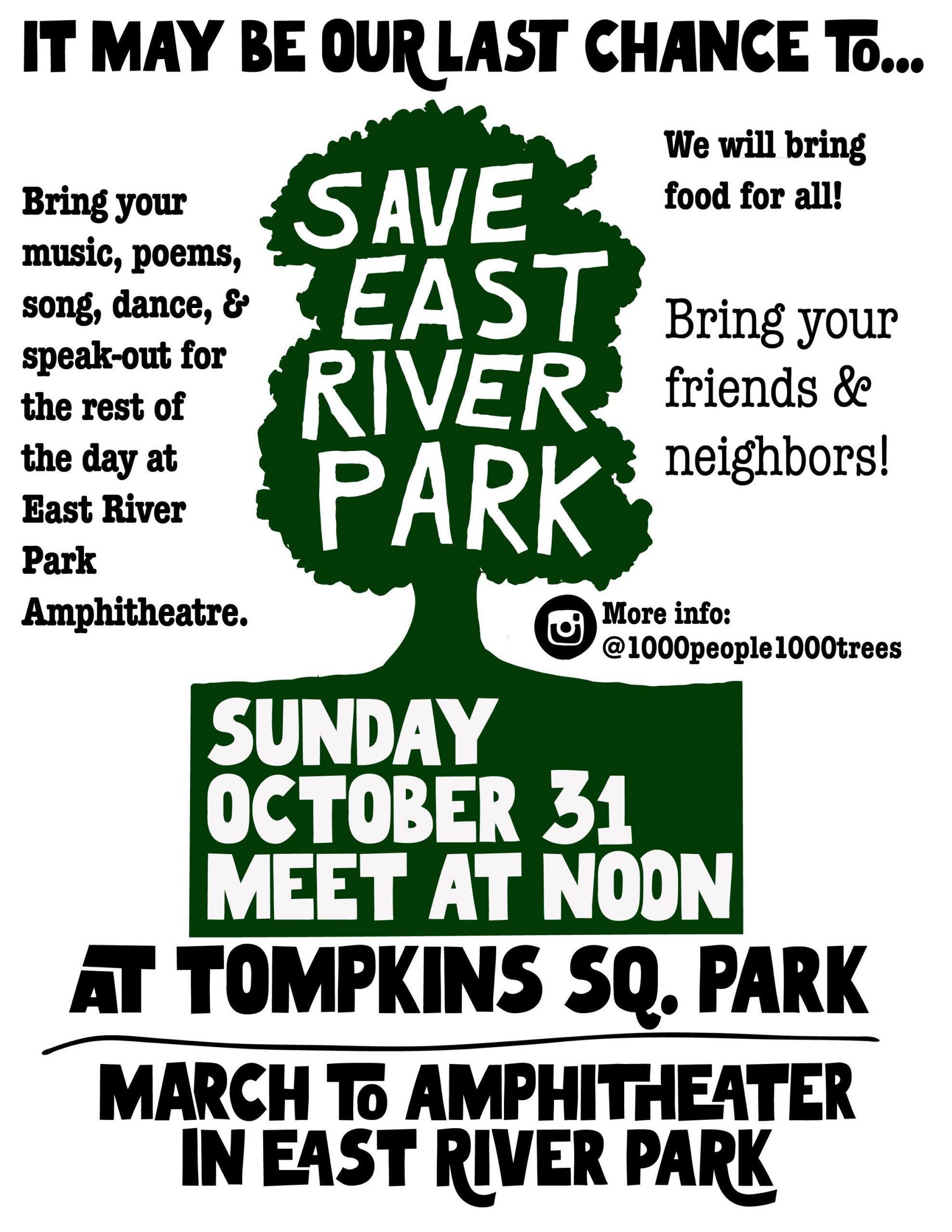 East River Park activists to march and rally on Halloween

BY THE VILLAGE SUN | Now things are getting really scary.

With the city set to start destruction of the 60-acre East River Park and all of its 961 mature trees next month, park activists will hold a last-ditch Halloween march and protest rally on Sun., Oct. 31.

Things will kick off in Tompkins Square Park at noon, with everyone then marching to the East River Park amphitheater at Corlears Hook for a day of speak-out, songs, dance, poetry and more.

Since it’s Halloween, after all, some folks will be in costume — maybe as some of the more than 500 animal and plant species that would lose their home if the park is bulldozed.

The activists, from groups like East River Park ACTION and 1,000 Trees 1,000 People, oppose the current East Side Coastal Resliency plan, which would bury the existing park under landfill to jack it up 8 feet to 10 feet, raising it above the floodplain, and take at least five years to complete.

Opponents support an alternative plan that would not raise the park but simply build berms along the F.D.R. Drive, letting the park act as a natural sponge to absorb floodwaters.

On Monday, environmentalists from Extinction Rebellion and the Sunrise Movement blocked traffic on the F.D.R. Drive outside the park near the amphitheater.