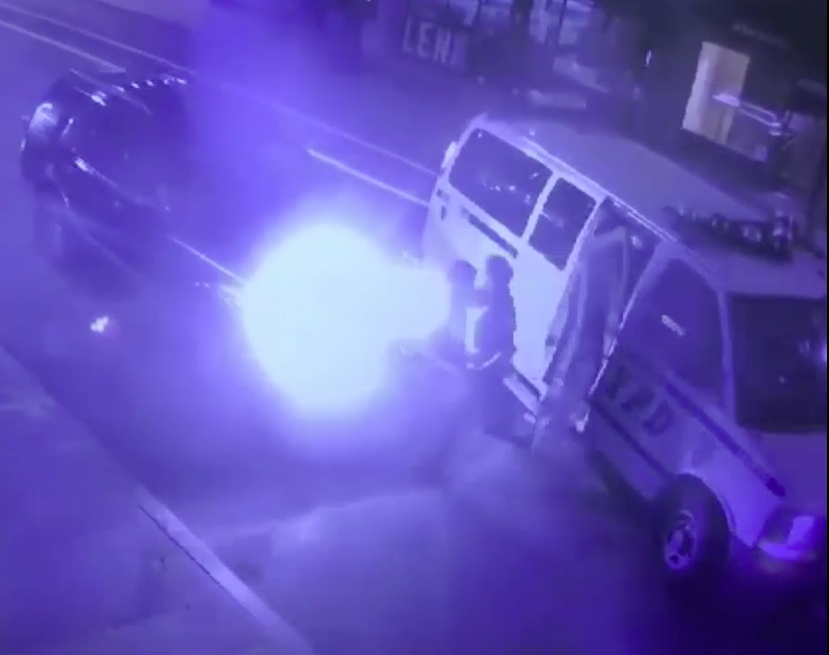 A screen grab from a surveillance video of the moment right before the Ford Explorer struck the police officer. (Courtesy N.Y.P.D.)

Driver who allegedly rammed cop on 8th St. is arrested

Following an incident where alleged looters struck a police officer with their car on W. Eighth St., police have made an arrest, apparently of the driver.

On June 30, police announced that Jahara Jobarteh, 24, of the Bronx, had been busted. He was charged with assault, burglary, riot and driving without a license.

On Mon., June 1, around 3:23 a.m., police responded to a burglary in progress at the I Fix Screens cell-phone store at 14 W. Eighth St. As seen on a surveillance video later released by police, the suspects had kicked their way in through the glass front door.

As cops pulled up in a police van, the suspects were hurriedly piling into two cars, including a Ford Explorer with temporary Wisconsin plates and a Honda Accord with New Jersey plates.

The van angled in front of the Explorer and an officer stepped out to make arrests. But the car promptly plowed into him, knocking him to the side, and then sped off eastbound on Eighth St. The officer was removed to Bellevue Hospital in stable condition.