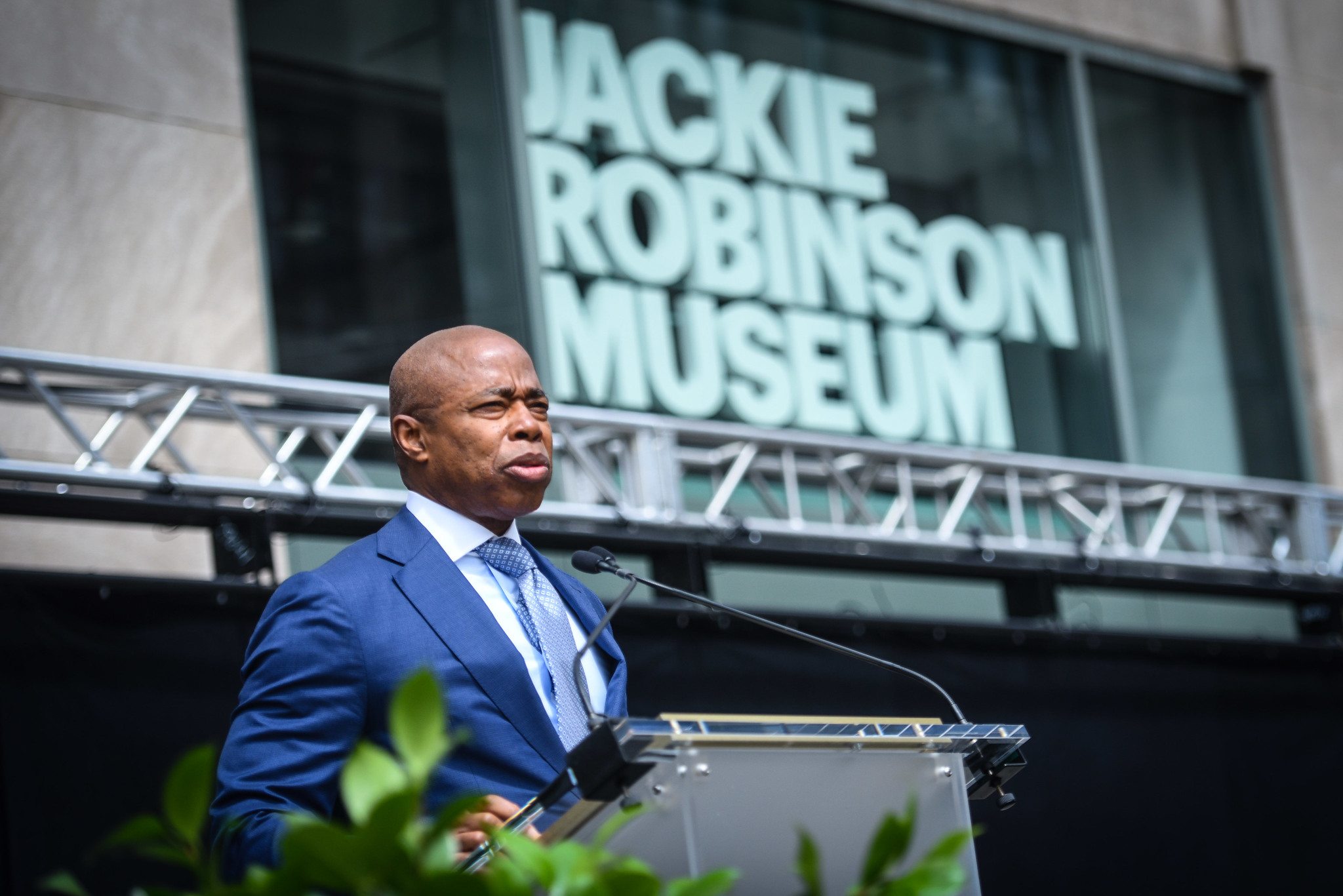 BY THE VILLAGE SUN | The baseball talk of the town on Tuesday was the start of the subway series between the Mets and Yankees later that night.

But earlier that morning in Hudson Square, a titanic figure in the history of baseball — especially New York baseball — and of American civil rights was in the spotlight once again with the ribbon-cutting for the new Jackie Robinson Museum.

Robinson, who died in 1972 at age 53, broke the color barrier in Major League Baseball in April 1947 when he started playing for the Brooklyn Dodgers. He was the Rookie of the Year that first year, going on to be named the National League Most Valuable Player in 1949. He was in six World Series, helping “Dem Bums” finally win the elusive championship in 1955. During his career, he stole home — not once but 19 times.

The Hudson Square museum includes many of Robinson’s iconic artifacts, such as a Dodgers uniform worn by the diamond great, his World Series ring and his Presidential Medal of Freedom.

However, the museum, at 75 Varick St., at Canal Street, in a building owned by Trinity Real Estate, is more than just a shrine to Robinson’s stellar achievements on the field and even in sports, in general. The place also highlights his committed civil rights work after his playing days were over, as well as his efforts to empower the Black community, such as by starting a Black-owned bank based in Harlem.

In fact, the museum, which has 8,000 square feet of exhibition space, suprisingly is New York City’s first museum with a civil rights focus.

Funding issues and the pandemic had delayed the new Downtown institution’s opening for years.

On hand at Tuesday’s ribbon-cutting was Rachel Robinson, the perennial All-Star’s widow, who just turned 100. The founder of the nonprofit Jackie Robinson Foundation, Rachel Robinson was the unflagging force behind the creation of the new institution honoring her late husband.

Also at the ceremony was the Robinsons’ youngest son, David Robinson, who in 1983 moved to Tanzania, where he is a coffee farmer.