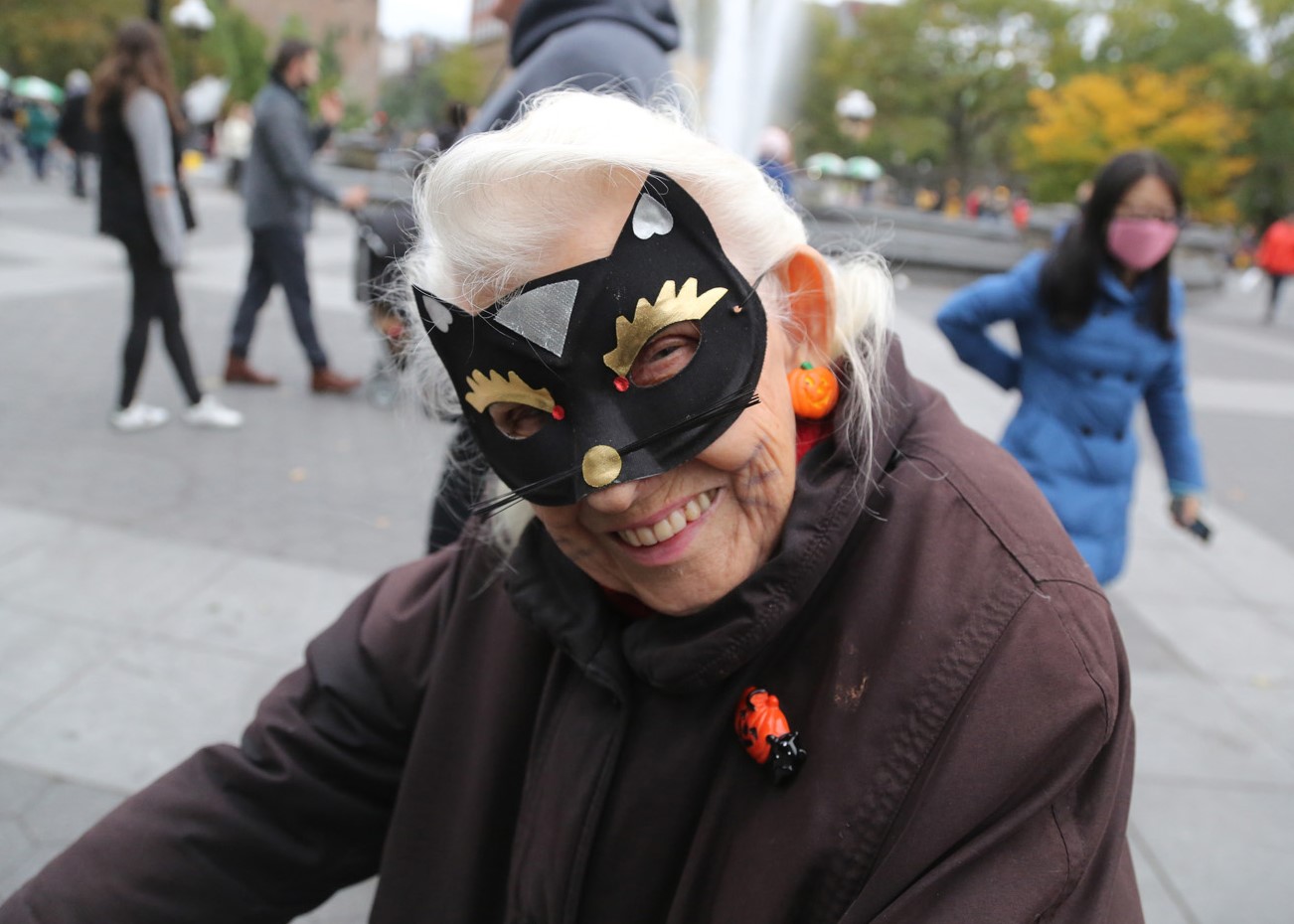 On the passing of her friend Doris Diether, who died Thurs., Sept. 16, at age 92, Keen Berger, a psychology professor and former Greenwich Village district leader, shared the opening of Chapter 25 of her textbook “The Developing Person Through the Life Span” (11th Edition), in which she praises her friend’s resilience and spirit.

BY KEEN BERGER | Almost every week I walk through a park with my friend Doris, a 90-year-old widow. Many people greet her by name, including men playing cards on a park table and a woman who owns a nearby hotel. Doris is an icon for street performers, including Colin, who plays his piano (on wheels) on sunny days, and Tic and Tac, who are middle-aged African American twins who do astonishing tumbling tricks with audience participation. The police watch the card players carefully because they suspect drug dealing, and they ticketed Colin for not having a permit.

Doris organized a protest. She got Community Board 2 (she has been reappointed by the City Council every two years since 1964) to pass a resolution supporting entertainment in the park. The city withdrew the ticket and the Parks Department revised their policy.

We walk slowly because Doris greets babies, birds and animals. Squirrels scamper up to grab peanuts from her hand, and sometimes pigeons perch on her arm. Tourists photograph her. The local press admires her (Google “Doris Diether”).

Doris dresses well, appropriate for each season. One hot August day I was surprised that she wore a long-sleeved blouse. She proudly told me why: Her arm was scratched because two pigeons fought over the same spot. She tells me about her grandmother from Finland, her two marriages, her journalist days as a dance critic, her efforts to style her very white hair.

We often stop at a mailbox to drop in a timely greeting card: I have become one of hundreds on her list. Colorful envelopes arrive in my box — green for St. Patrick’s Day, orange for Halloween, gray for Thanksgiving, red for July 4th, and multicolored for my birthday. She sends 426 Christmas cards; she orders stamps from a post office catalog.

Usually friends have much in common, but Doris is not like me. I have four children; she has none. I never send cards, feed squirrels or protect pianists (although Doris did get me to help Colin). We belong to opposing political parties. Often she is the lone “nay” vote on community board resolutions.

How did we become friends? Twelve years ago, Doris had knee surgery. She asked for volunteers to push her wheelchair to her many meetings, appointments and social engagements. Many people did so. I offered to take her once a week. Soon she could walk, but she wanted me to keep coming. I bring her the Sunday paper (she pays me back, with cash and a wrapped piece of chocolate). I watch for cars when we cross the street. I lift her walker down the two stairs from her front door. I have grown to enjoy her anecdotes, her memories, her attitudes.

Eight years ago, Doris had surgery for a broken hip. The hospital soon put her in a private room because her younger roommate complained that Doris had too many visitors. Among them were street people from the park, our state senator and a man who credits her for his victory over his landlord. He avoided eviction: Doris is an expert on zoning and rent laws.

Two years ago, another fracture occurred. Medicare paid for six weeks of physical therapy. When the six weeks were over, her therapist joked, “Don’t break a bone again just to get me back.” She laughed; he is yet another friend. She was happy to see him again when she recently scraped her leg.

Doris defies stereotyping, which makes her an illustration of the theme of this chapter. Each older person is unique, not just one of millions. Some are frail, lonely and vulnerable. But even the very old, with several disabilities, may be like Doris — active, involved and beloved. I hope to be like her someday.

Berger is an author, a psychology professor at Bronx Community College of the City University of New York, a Community Board 2 member and a former Greenwich Village Democratic district leader.