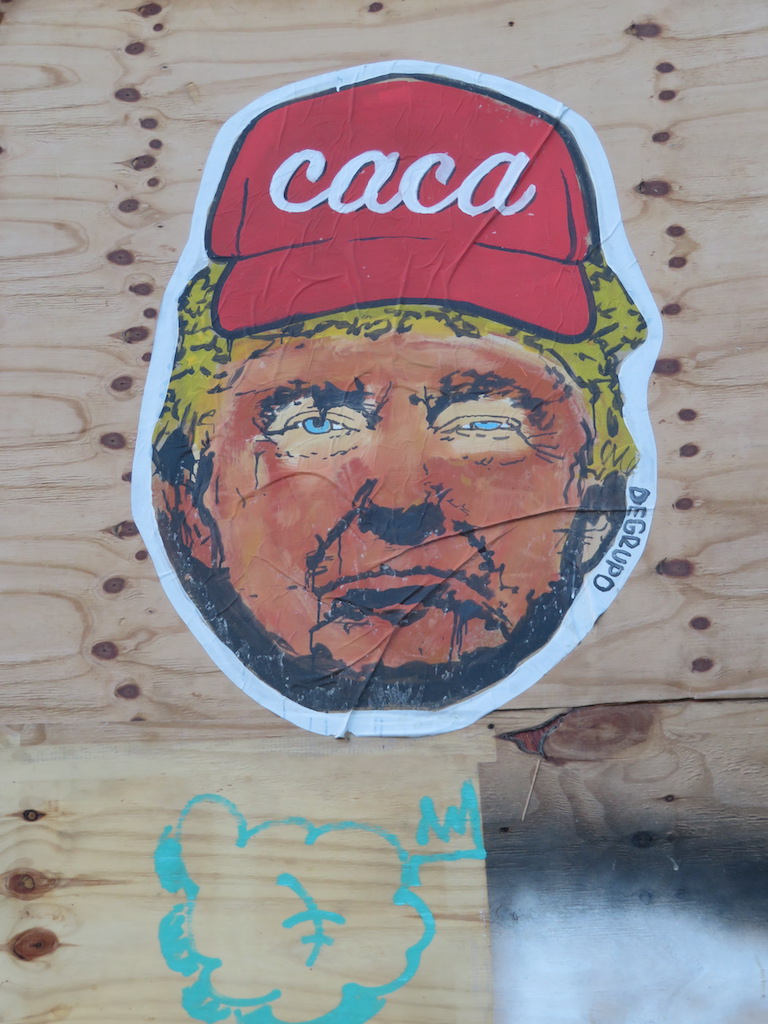 DeGrupo dumps on Trump and MAGA in his latest piece. (Photo by Everynight Charley Crespo)

This DeGrupo wheat-paste poster on the Lower East Side pretty much sums up feelings about Donald Trump after last week’s crazed, chaotic Capitol coup, in which five people died.

The piece is plastered, about 8 feet above street level, on the facade of the former bank at E. Houston and Essex Sts. The building was most recently a nightclub called Elements.