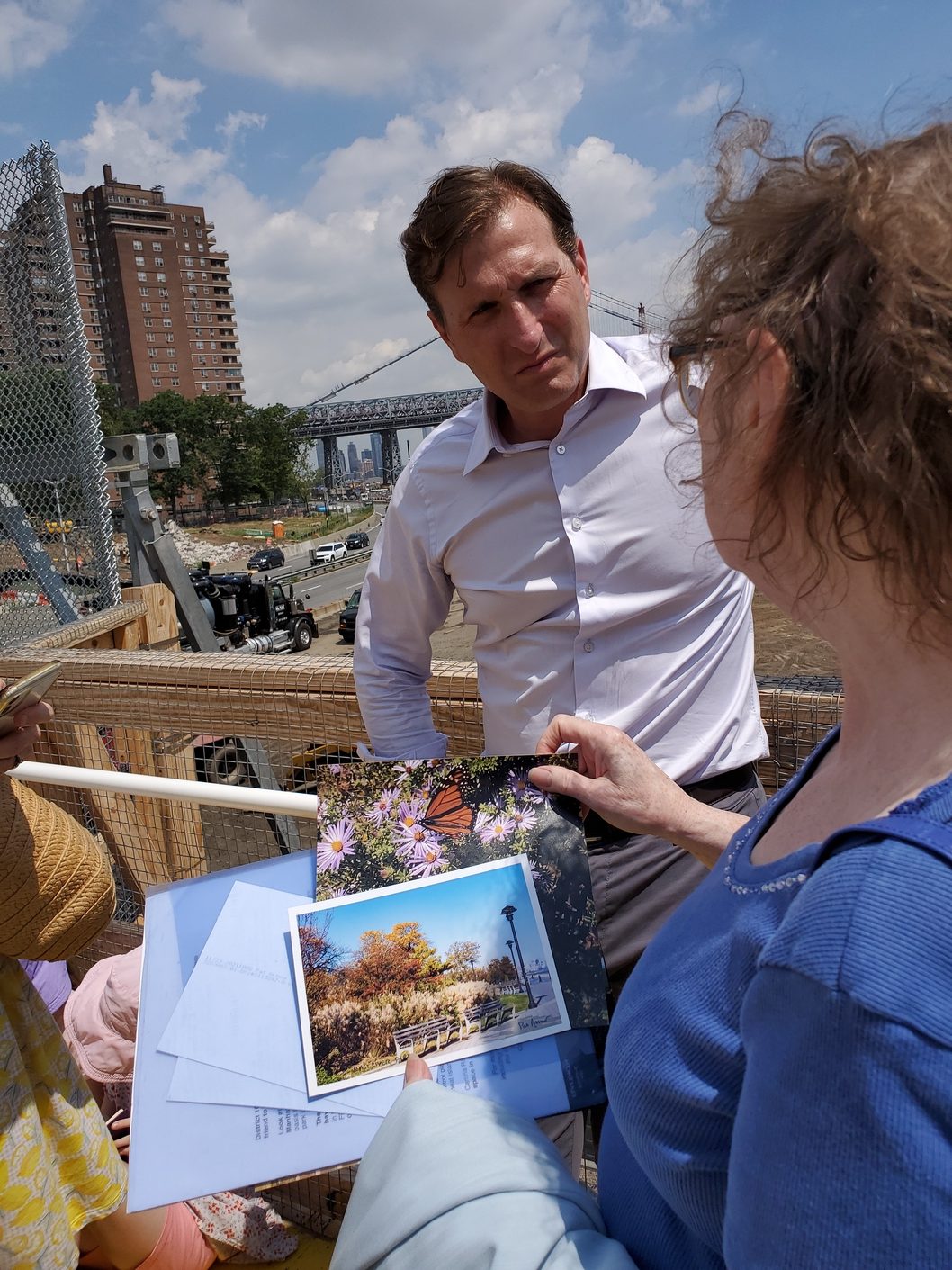 Dan Goldman listened to Kathryn Freed during a tour of the demolished southern section of East River Park earlier this month. (Photo by The Village Sun)

‘Dan listens to us’: Kathryn Freed backs Goldman for Congress

Freed, who represented Lower Manhattan’s District 1 from 1992 through 2001, said she made up her mind to back Dan Goldman in the 10th Congressional District primary election after he toured the clear-cut southern section of East River Park on Aug. 2.

Freed, who lives at the east end of Grand Street near the park, is is an outspoken opponent of the East Side Coastal Resiliency project, which is razing the nearly 50-acre waterfront park in order to rebuild it 8 feet higher, putting it above the floodplain. 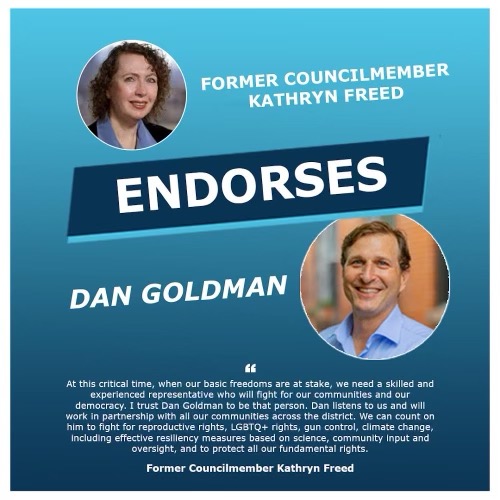 In endorsing Goldman — the House’s lead counsel in the first Trump impeachment — Freed, said, “Dan listens to us,” adding that he backs “effective resiliency measures based on science, community input and oversight.”

“At this critical time, when our basic freedoms are at stake, we need a skilled and experienced representative who will fight for our communities and our democracy,” she said. “I trust Dan Goldman to be that person. Dan listens to us and will work in partnership with all our communities across the district. We can count on him to fight for reproductive rights, L.G.B.T.Q.+ rights, gun control, climate change, including effective resiliency measures based on science, community input and oversight, and to protect all our fundamental rights.”

Councilmember Carlina Rivera, another leading candidate for the congressional seat, is a strong backer of the E.S.C.R. project, feeling it was the best option available to protect the surrounding residential housing from coastal flooding. However, Freed and other E.S.C.R. opponents support versions of earlier plans that they say would not have required totally destroying the existing park.

Meanwhile, Christopher Marte, who won election to the District 1 Council seat last November, told The Village Sun he is not endorsing in the District 10 congressional primary. Basically, Marte said, it’s anyone’s guess who among the crowded field of candidates will win the hard-fought contest.